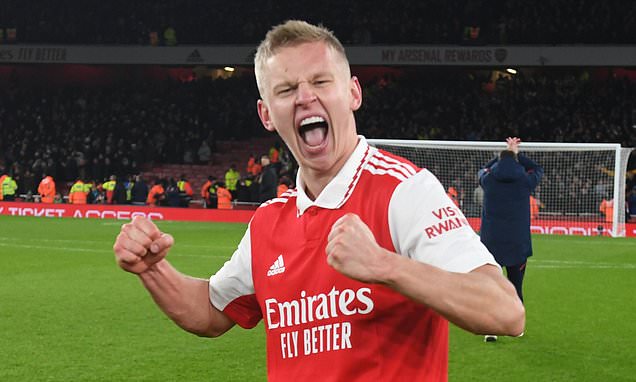 ‘It’s impossible not to love Zinchenko’: Arsenal fans hail the Ukrainian star as a ‘mentality monster’ after his passionate reaction to the Gunners match-winning goal in huge victory over Man United goes viral

Fans have taken to social media to heap praise on Oleksandr Zinchenko after the Ukrainian showed just how much victory over Manchester United meant to him.

The league leading Gunners continued their push for the title with a thrilling 3-2 over their old rivals on Sunday.

Goals from Eddie Nketiah, Bukayo Saka, Marcus Rashford and Lisandro Martinez had the game level at 2-2 as it entered the 90th minute. 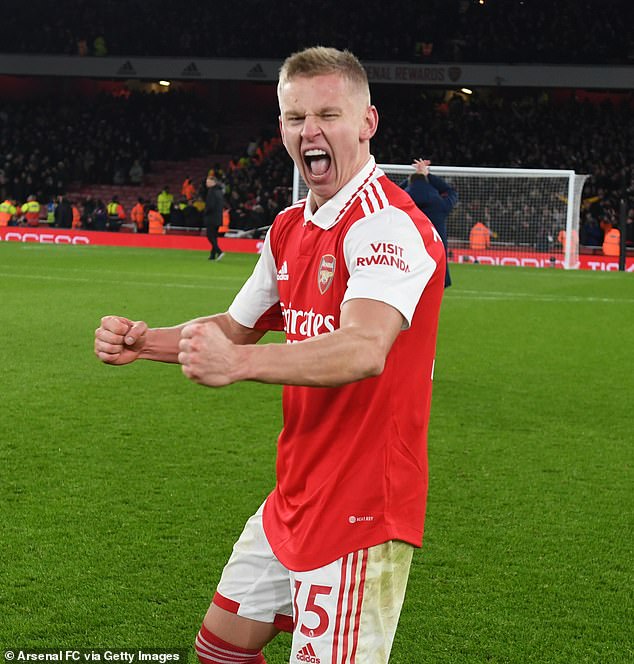 Nketiah then caused the ground to erupt as he turned the ball in from close range but there was a nervy wait as VAR checked to see if either he or Zinchenko had been offside in the build up.

Neither were and Zinchenko responded to this news with pure passion, roaring with delight as he embraced a section of the crowd.

Viewers enjoyed the moment with one saying it is ‘impossible not to love’ the former Manchester City man. 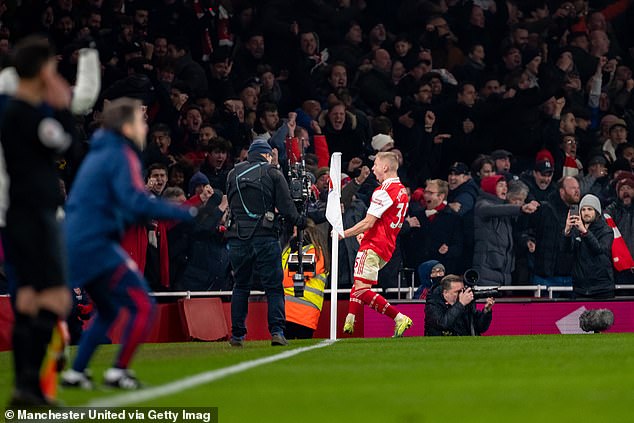 ‘Zinchenko really is just an Arsenal fan living out his boyhood dream,’ wrote another while others labelled him a ‘mentality monster’.

Zinchenko joined from City in the summer and has made a huge impact, both on and off the pitch.