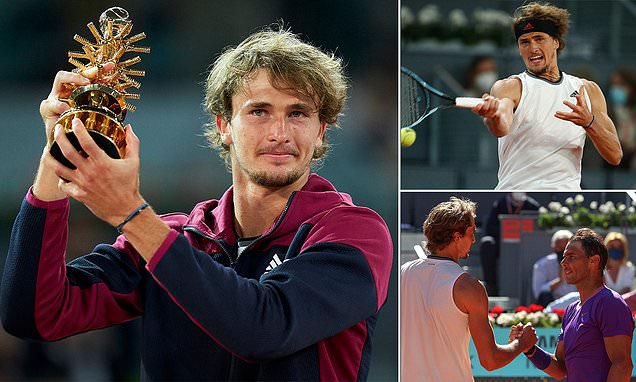 Alexander Zverev won the Madrid Open for the second time in the last three editions after battling back from losing a first-set tie-break to overcome Matteo Berrettini in a gripping final.

The German had defeated Rafael Nadal and Dominic Thiem, the first and third seeds respectively, in straight sets en route to the showpiece but he was pushed to the limit by Berrettini before prevailing 6-7 (8) 6-4 6-3.

Zverev won in the Spanish capital in 2018 but he has not had much luck in Masters finals since then – losing all three – and he had to do it the hard way on Sunday evening in a contest that lasted two hours and 40 minutes. 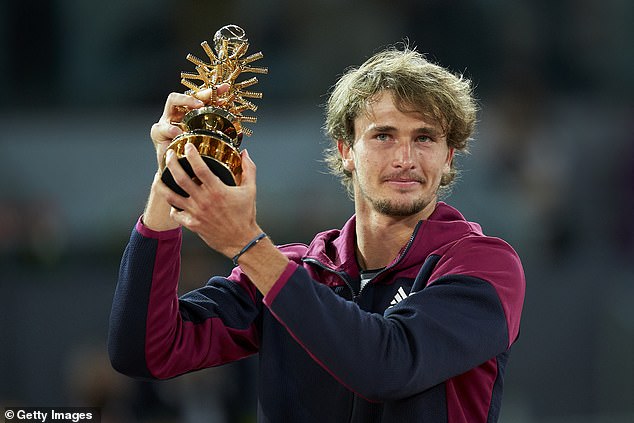 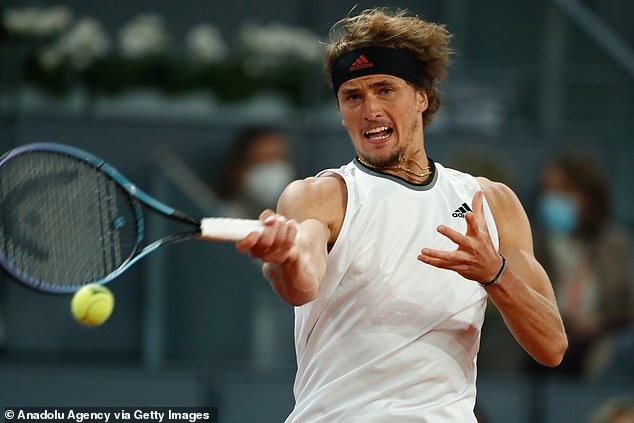 ‘It is great (to win this title), especially after losing my last three finals I played at Masters 1000 events,’ Zverev said. ‘This is definitely special and I just want to enjoy this one.’

Zverev trailed 5-0 in the tie-break and although he stormed back to lead 7-6, his big-serving Italian opponent, seeded eighth, won four of the next five points to take the first set.

Zverev, though, was able to up his intensity and drew a string of errors from Berrettini at 4-4 to get the break before holding serve to take the match to a decider.

Berrettini dropped serve in the fifth game of the third and final set and then again at the last as Zverev staked a claim to be considered as a contender for the French Open, which gets under way this month. 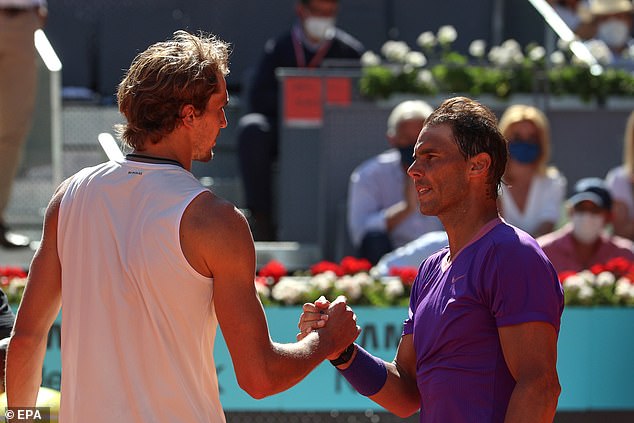 ‘(Matteo’s) game style showed it all,’ Zverev added. ‘I didn’t play anybody this week that can serve 235(km/h) on clay and serve 230km/h kick serves. It definitely was a different match and I am extremely happy right now.’

Pablo Carreno Busta and David Goffin were among the seeds in action at the Italian Open on Sunday, with the former seeing off Laslo Djere 4-6 6-3 6-1 and the latter brushing aside Salvatore Caruso 6-4 6-1.