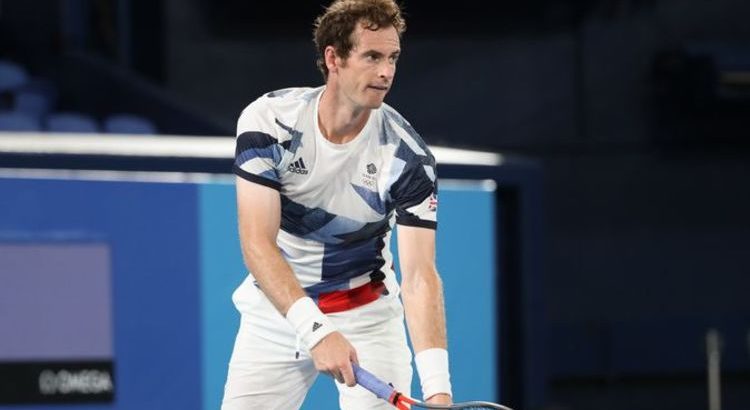 Andy Murray has appeared to make a u-turn on his Davis Cup decision, and now says he can be “convinced” to play, having previously ruled himself out. The teams for the tournament billed as the ‘world cup of men’s tennis’ have been announced, but Great Britain is currently one member short. The former world No 1 could take the final spot in the squad as team captain Leon Smith looks to persuade Murray to play.

Murray was part of Great Britain’s winning Davis Cup squad six years ago, but had shut down any chances of him playing in the team just two weeks ago.

Speaking in Indian Wells, the current world No 156 told BBC Sport: “Right now, I’m not planning on playing the Davis Cup and with the late finish to it, and early departure to Australia, with my schedule between now and the end of the year, I am going to have to rest and take a break and give my body a chance to breathe.”

The 34-year-old said he wasn’t sure he “deserved” to be part of the team with the likes of Cameron Norrie and Dan Evans having successful seasons, Liam Broady making it “in and around the top 100”, and the strong British doubles players also deserving a spot.

However, team captain Leon Smith has held out for the three-time Grand Slam champion, announcing just four members of the five-man squad.

JUST IN: Djokovic still facing Australian Open ban as Premier doesn’t back down

Norrie and Evans have been selected, alongside doubles players Joe Salisbury and Neal Skupski, with Andy’s brother Jamie Murray also noticeably absent from the team.

If neither man plays, it would be the first Davis Cup tie since April 2013 without at least one Murray brother in team GB, but the former world No 1 has now backtracked and admitted he could appear in Austria next month.

“Never say never, maybe I could be convinced to play,” Murray said, per The Times.

“When I was getting asked about it, I had six weeks in a row planned. I am not young, I need to rest as well.”

Murray, 34, also admitted that the Davis Cup was “demanding” on his body – something he will want to avoid during his comeback from a hip resurfacing surgery he underwent two years ago.

He continued: “When I have played, the Davis Cup has always been physically very demanding.

“At times I’ve played matches when I probably shouldn’t have. There were many times when I was younger where I had injuries and the team and everyone knew about that and sort of made me play.

“When you’re playing for your country and stuff, there’s always an extra pressure when people are trying to get you to play because you don’t want to let your team down.

“Sometimes I’ve maybe not been protected in these situations in the past and it cost me. I just want to be mindful of that in the future.”

Even in the potential absence of Murray, all four British team members are having career-best seasons.

Cameron Norrie recently won the ‘fifth Grand Slam’ in Indian Wells, the biggest title of his career as a Masters 1000 tournament, and jumped to a career-high world No 14.

Murray added: “We have a strong team. Norrie and Evans are both top-25 players. There’s not loads of teams that have two guys that have done as well in singles and can win against the best players.