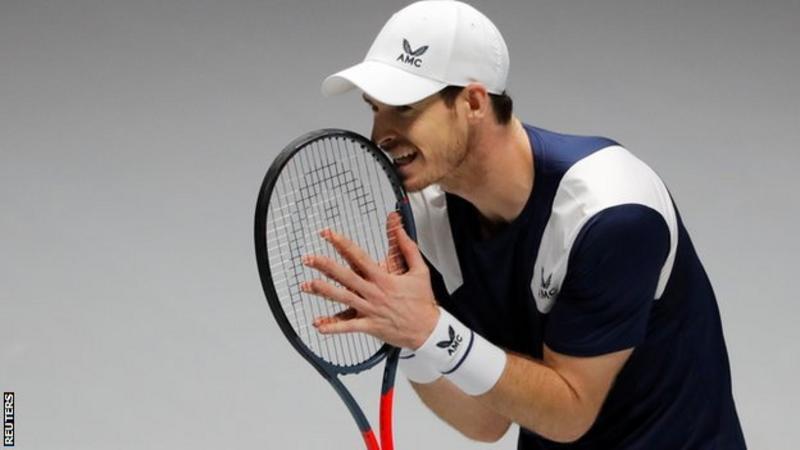 Andy Murray’s comeback has been delayed until the middle of February at the earliest as a pelvic injury is taking longer to heal than expected.

The Scot, 32, last played at the Davis Cup in November but had hoped to return at tournaments in France or the Netherlands in February.

“I don’t want to rush anything or put a timeline on my recovery,” he said.

“I’m going to listen to my body and step back on the court to compete when the time is right.”

The three-time Grand Slam champion added: “The bone bruising is taking longer to heal that first thought, so I won’t be playing in Montpellier or Rotterdam in February.”

Murray, who had hip resurfacing surgery at the beginning of 2019, is continuing his rehabilitation and training in the gym, including yoga sessions.

After Wimbledon in 2017, he missed almost a year of tennis because of a career-threatening hip injury.

He then played in only two tournaments between October 2018 and the start of June 2019.

With Feliciano Lopez, Murray won the men’s doubles at Queen’s Club last June and returned to singles’ action in August.

Victory over Stan Wawrinka in the final of an ATP Tour event in Antwerp, Belgium, in October was Murray’s first title in two years, before he got injured during the Davis Cup a month later.