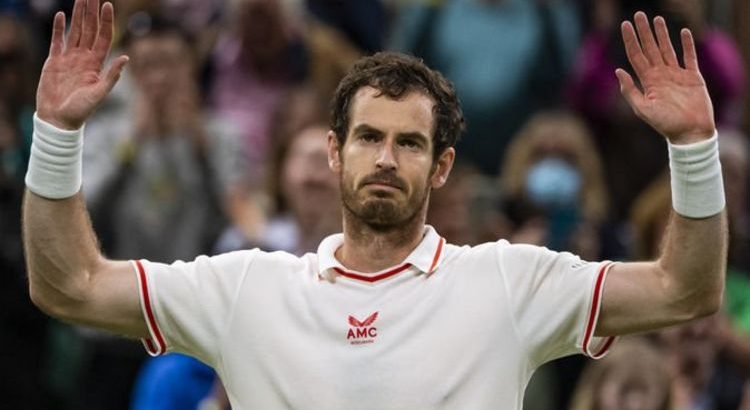 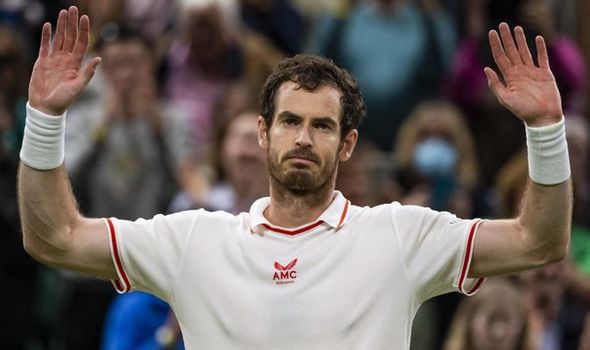 Andy Murray has come out as an England fan now Scotland are out of Euro 2020. The Surrey-based Scot, now 34, became reluctant to talk about football after causing a storm by joking he was supporting anyone but England at the 2006 World Cup.

But the Olympic champion went to Wembley to watch the Auld Enemy fight out a goalless draw with fellow Scot Jonny O’Mara and “two English friends” last month.

And Murray, whose wife Kim is English, said: “I think England have got a pretty decent chance of winning. Ukraine is a solid draw, I think.

“Then if they can get back to Wembley for the semi-finals, I think that’s against Denmark or Czech, they’d be favourites there.

“Yeah, it’s a great opportunity for England to win a major competition for the first time in a while. Hopefully they can do it.”

Murray meanwhile fought back to avoid the worst defeat of his Wimbledon career last night to beat qualifier Oscar Otte in five thrilling sets – and inflict another German defeat in London. 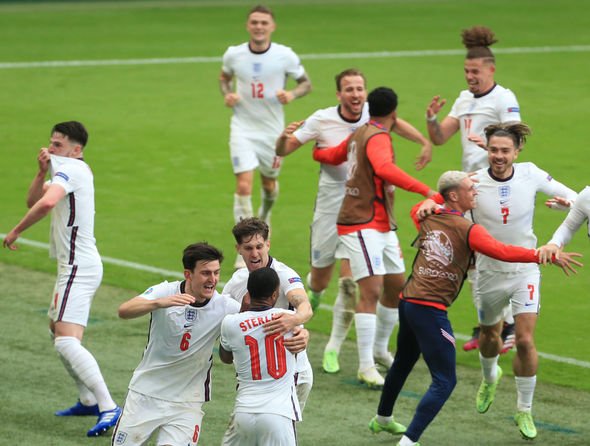 The former world No 1 had never lost before the third round in SW19 – even on his 2005 debut. And the three-time Grand Slam winner had never gone out to an opponent ranked outside the world’s top 100 in 34 previous Major matches.

But despite looking in control after leading by a set and a break against the world No.151, Murray looked set to make unwanted history as he lost the next two sets to the Wimbledon debutant on another unforgettable night of high drama on Centre Court.

And yet again the closure of the roof when he was in trouble and the Scot’s never-say-die attitude came to the rescue.

After the rollercoaster ride of Monday night’s victory, this match had promised to be better for the nation’s health. A forehand winner gave Murray the first set after 39 minutes and he quickly led 3-1 in the second.

But then normal service was resumed. He had dropped seven straight games against Nikoloz Basilashvili and this time he managed to sloppily drop four in a row. He even dunked a smash into the net to go 5-3 down that would have embarrassed a club play.

BBC pundit Tim Henman said: “It is a shot you would never expect any professional tennis player to miss.”

Botched returns and mis-timed groundstrokes were greeted with shocked silence or mutterings of worry while Murray’s chunterings became ever more audible.

The surreal nature of the evening was confirmed when play was delayed to look for a replacement line judge.

Murray cried with pain as he slipped on the Centre Court grass in the second game of the fourth set – and he slipped again later complaining the surface was “so dangerous”. 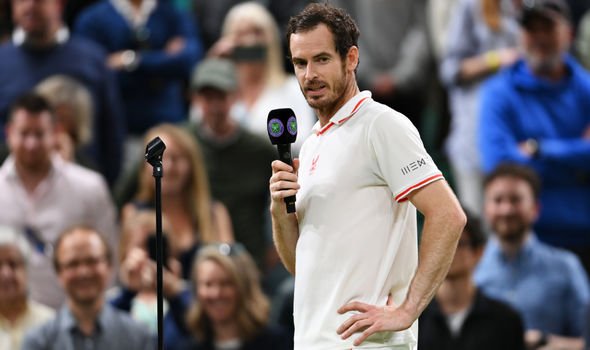 Just before 9pm, play was stopped to close the roof at 2-2 in the fourth. The change worked in the first round when Murray returned to beat Basilashvili. And after a 17-minute delay, the Scot quickly broke serve, gave it back and the won the set to take the match the distance.

And the atmosphere just as fast became like The Last Night at the Proms as Murray fist-pumped his way to the finish and finished with a magical backhand lob.

The double Wimbledon champion broke again to lead 2-0 and then needed four game points – one set up by an outrageous backhand drop shot from outside the tramlines – before claiming the nine-minute third game.

After all that, it is first time Murray has reached the third round of a Slam since limping out of Wimbledon 2017 – and the first time he has won back-to-back matches at Tour-level since last August.

But he will have to be better against Denis Shapovalov after the Canadian No 10 seed was given a walkover when Pablo Andujar withdrew with a rib injury.