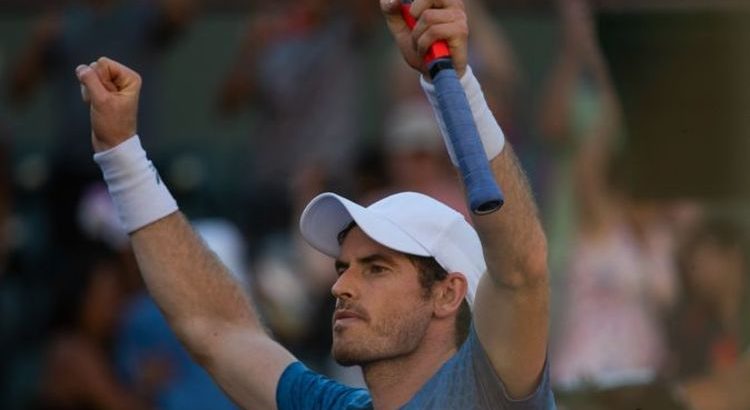 Andy Murray has threatened to deploy his underarm serve again at the BNP Paribas Open after using the tactic for the first time in his professional career. The Scot aced teenage Spanish sensation Carlos Alcaraz with the “smart play” on game point at 1-1 in the second set. The world No 121 then won 10 of the next 14 games against the world No 38 to win a superb match 5-7 6-3 6-2 in just over three hours.

Murray explained: “I’ve never done it on the tour before. He started standing further back on the first serve. The courts are painfully slow here. I wasn’t getting many free points on my first serve – I had three aces in the whole match and one of them was the underarm serve.

“If you look where he was standing at the beginning of the match to return the first serve in comparison to the end of the first set, he changed. He started returning from further back, so it was even harder to get free points on the serve.

“I thought if he’s going to stand that far back and I’m getting no love from the court and the conditions, why not try it and see if I can bring him forward a little bit again. He didn’t obviously react. He wasn’t expecting it and I wasn’t expecting to get an ace out of it. I was thinking about using it at times in the third set, but obviously up in the score, was doing a little bit better, didn’t feel like I needed to.

Murray’s shrewd move was well received by tennis fans on Twitter, and drew comparisons with Australian Nick Kyrgios, who in 2019 famously tried the tactic at Wimbledon against Rafael Nadal.

@fedalllll recalled that incident, saying “I still remember when Kyrgios did this to Rafa during their Wimbledon match, received a nice smile from Rafa for that effort.”

@ReidCoaching posted “A little hello to Kyrgios from Andy Murray,” while @KirstyLMac added “Taking a leaf out his pal @NickKyrgios book.”

Murray said: “It is obviously up there. He’s had a great year, especially the last few months. He played brilliantly at the US Open. Yeah, it would be up there. I played some good matches but not really for a while.

“The Zverev match in New York last year was obviously a big win for me. Winning  in Antwerp in 2019, beating Stan Wawrinka in the final, was also big for me. But today, the way that I came back after the first set, it was big for my confidence because I’ve lost a few tights against some top players in the last couple of months and have not managed to turn it around, but I was able to today.”

Murray will next face Olympic gold medallist Alex Zverev who he has beaten in their only two meetings.

The German world No.4 said: “Andy is playing great again. He’s won two great matches. I think today was a very high level from him.

“‘m looking forward to playing him. He’s the only one out of the big four I haven’t beaten yet. I hope I can change that after tomorrow, then we’ll see how it goes.”