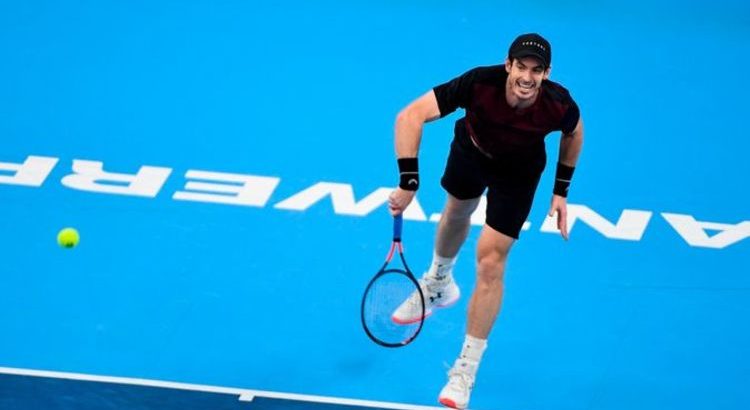 Andy Murray faces a tough test on his return to Antwerp next week. The former world No.1 won his first and only singles title after hip resurfacing surgery at the European Open back in 2019 and will be playing the ATP 250 for the first time since lifting the trophy two years ago. Although a host of top players pulled out ahead of the tournament, Murray finds himself in a tricky section of the draw.

Murray was playing just his sixth singles tournament after undergoing hip resurfacing surgery when he stormed to the title in Antwerp back in 2019.

The former world No.1 spent the best part of two years on the sidelines as he struggled with a hip injury, and at the beginning of 2019 spoke through tears at the Australian Open to hint at possible retirement.

Within a month, the Brit had undergone a hip resurfacing surgery, placing a metal joint in his hip, and decided to make a return to competition.

JUST IN: Emma Raducanu responds to parents who name baby after US Open star

The 46-time title winner managed to win four matches across five tournaments before coming into the European Open in Antwerp to end his season.

Murray then went on an incredible run to the title, with his final match a three-set comeback against fellow three-time Grand Slam champion Stan Wawrinka.

The ATP 250 trophy remains the only tournament Murray has been able to win since undergoing hip resurfacing surgery, and after skipping the European Open last year, he is now set to make a return to the site of his most recent title win.

The current world No.121 is set to fall outside of the world’s top 170 when the rankings are updated on Monday (October 18) as his 250 points from the 2019 title victory are set to come off, but he can make up for it by equalling his success from two years ago when he returns to Antwerp.

The former world No.1 would have been looking for a generous draw to help him repeat his title run and go undefeated at the European Open, but has now learned his difficult fate at the tournament.

Despite a spate of withdrawals from a number of top players including Indian Wells semi-finalists Cam Norrie, Grigor Dimitrov and Nikoloz Basilashvili, Murray has not been spared a tough draw and instead faces one of his recent conquerors in the opening round.

The 2019 champion has drawn world No.40 Frances Tiafoe in round one, with their match scheduled for Tuesday (October 19).

Murray lost to the American less than two months ago when they faced off in the second-round of the Winston-Salem Open.

It was a close encounter, with the 23-year-old managing to beat the Brit 7-6(4) 6-3, and despite losing Murray was positive about his level after the match.

Although he felt inconsistent on the match court at the ATP 250 event back in August, Murray he was playing like someone ranked a lot higher, saying at the time: “My level is around 50 or 60 in the world.”

If the 34-year-old can get revenge on Tiafoe, the tournament’s second seed Diego Schwartzman awaits in the second round.

The current world No.15 has already won an ATP 250 this year, but has a tight turnaround between Indian Wells and the European Open.

Schwartzman beat one of Murray’s fellow Brits Dan Evans 5-7 6-4 6-0 in the third round before eventually falling to new British No.1 Cameron Norrie 6-2 6-0 in the quarter-finals, as the match earned Norrie the spot as top-ranked Brit.