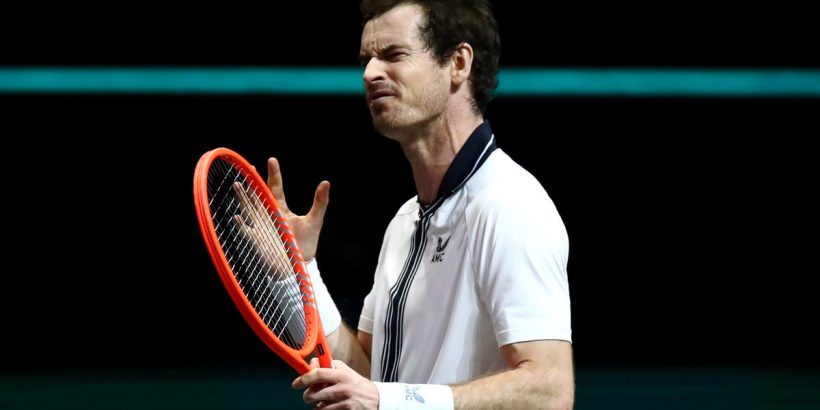 Andy Murray has been dealt another injury blow with a groin problem prompting him to withdraw from the Miami Open.

The former world number one was set to play South African Lloyd Harris in the first round of the Masters 1000 tournament, which begins on Wednesday.

Murray is hoping the injury will not keep him off court for long and revealed he developed pain in his groin while sleeping on Friday night.

The 33-year-old told the Miami Herald: “I had no issues while training, felt fine, did some gym work Friday, no problem, and then I woke up about 3am, felt pain in the groin – not on the side I had my surgery – and when I got out of bed I struggled quite a bit to walk.

“I have no idea what I did. It’s one of those freak things. Each day it has gotten progressively better, but it’s not enough. I have not practised since Friday.”

Murray is a two-time champion at the tournament and reached the final another two times, while he also had an apartment in Miami and routinely held training blocks in the city.

The Scot continued: “I am really gutted. This is a place I have done so much training over the years. It’s like my second home. Last time I played here was 2016 and so much has happened.

“Last year, the day before I was supposed to travel here Covid stopped the tennis tour. Miami’s been a place that has given me a lot, but this just wasn’t meant to be.”

This is the latest setback for Murray since he underwent a hip resurfacing operation in January 2019, returning to the match court that summer.

He missed the start of last season because of an issue related to the hip and then struggled at the end of 2020 with tendinitis in his psoas muscle, which connects the spine to the femur.

The Scot had a strong training block ahead of the new season and was feeling very positive only for an ill-timed bout of coronavirus to force him to miss the Australian Open.

Murray instead played his first tournament of the year at a second-tier Challenger in Italy, reaching the final, before winning his first ATP match for six months in Rotterdam.

Murray then took a two-week break for the birth of his fourth child and will now head home before preparing for the clay season.

Murray’s withdrawal, meanwhile, is another blow for the Miami Open, which was already without Novak Djokovic, Roger Federer and Rafael Nadal.