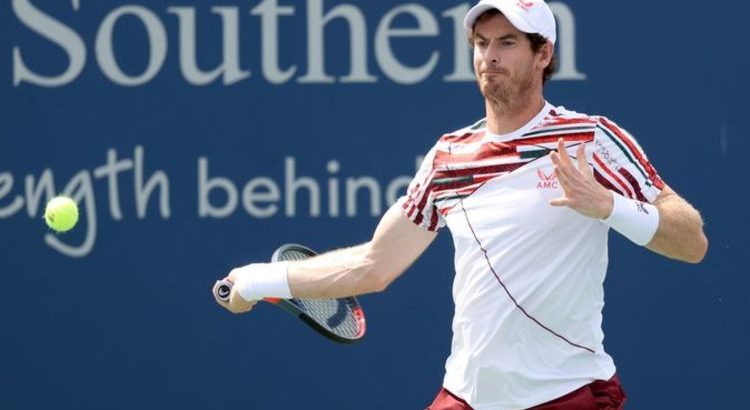 Andy Murray shows off his room in Tokyo Olympic village

Andy Murray has crashed out of the Western & Southern Open in Cincinnati. The three-time Grand Slam champion faced ninth seed Hubert Hurkacz in the second round and had two set points in the opening set before falling in straights. Hurkacz, a Wimbledon semi-finalist who bagelled Federer at the All England Club last month, defeated the Brit 7-6(4) 6-3.

Murray looked impressive in the opening set, managing to break the Pole’s serve, and even had two set points that he failed to convert.

After mistakenly thinking a let had been called when Hurkacz was 6-4 up in the tie-break, the 34-year-old voiced his anger as he found himself a set down.

The current world No.105 was playing his first tournament since being forced to pull out of the men’s singles event at the Olympics with a muscle tear.

Murray continued to play the doubles event in Tokyo alongside Joe Salisbury, with the pair losing in the quarter-finals, just before the medal match stages.

JUST IN: Thiem withdraws from US Open clearing path for Djokovic and Nadal

That set up a clash with Miami Open champion Hurkacz, and Murray looked impressive before losing the opening set on a tie-break.

Despite now being ranked outside the world’s top 100, Murray and the world No.14 couldn’t be separated on some points.

Both won 81 per cent of their respective first serve points, while Hurkacz won 53 per cent of points on his second serve to Murray’s 52 per cent.

However, it was the Pole who produced a stronger performance on serve, hitting 17 aces and just one double fault.

Murray himself racked up 11 aces of his own, but hit three double faults in comparison.

The two-time champion in Cincinnati was only able to convert one of his four break points in the match, even earnning one as Hurkacz served for the match.

He will now head to New York to prepare for the final Grand Slam of the year, after he earned himself a spot in the main draw following the withdrawal of fellow three-time Major champion Stan Wawrinka.

While the 34-year-old found it “nice” to gain direct entry into the tournament, he said he wanted to move further up in the rankings in order to automatically qualify for the main draw of the big events.

After being asked about his place in the US Open and previous comments surrounding the amount of wild cards he has received, including one to play in Cincinnati, Murray said:  “Yeah, I mean, it was nice obviously to get in directly. Obviously that would be my goal to try and be getting into all of these tournaments by right.

“Then again, on the wildcards, each tournament has the opportunity to give wildcards to whoever they choose to. This year I had wildcards into – well, I don’t know if this is like the fourth or fifth tournament I had a wildcard into. I won two rounds at Wimbledon, won a round at Queen’s, I won a round in Rotterdam.

“If I was getting blasted every single week and not winning matches at this level that to me is a different story, or if I’m showing up to tournaments where I’m injured or I’m not feeling good and I’m not able to compete properly, then, yeah, that’s where I would have to look at myself and go, ‘right, I shouldn’t be doing that or taking that opportunity away from another player.'”