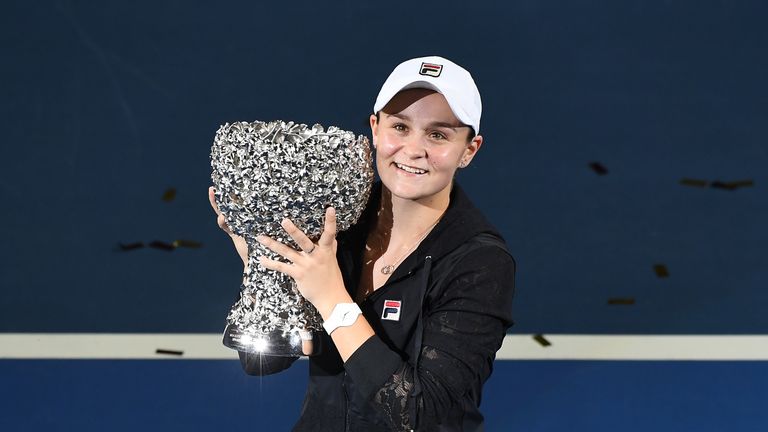 The ninth seed, who overcame defending champion Julia Goerges in the semi-finals, sealed her third tournament victory – the biggest title of her career – with a 6-3 6-4 victory in Zhuhai.

Barty began the week with a round-robin opener defeat but bounced back to win her group and completed the week with victory against Wang, who was playing in her fourth WTA Final in as many months.

The Australian made the dominant start as she won 16 of the opening 22 points and to open a 4-0 lead before she Wang recovered the two breaks back only to see her serve broken for a third time by Barty, who then served out for the first set.

Wang, the 11th seed, fought back in the second, but failed to capitalise on two break points in the fourth game as Barty took advantage of an opportunity three games later before she secured the 83-minute victory on her first match point.

Both players will finish the 2018 season at their highest year-end rankings, with Barty set to move up to world No 15 while Wang, who thrashed Garbine Muguruza in the last four on Saturday, will break into the world’s top 20 for the first time.

“That’s a really neat way to finish off the year,” Barty, whose new ranking will also be a career high, said.

“It’s been a truly phenomenal year. My goal is to stay top 20 and try and consolidate as best I can. We’ve been able to do that and come away with a couple of titles, as well, and still being very successful in doubles.

“It’s been a really, really amazing year. Now we get to go home to celebrate that and then prepare for bigger and better things in 2019, starting with the Australian summer.”