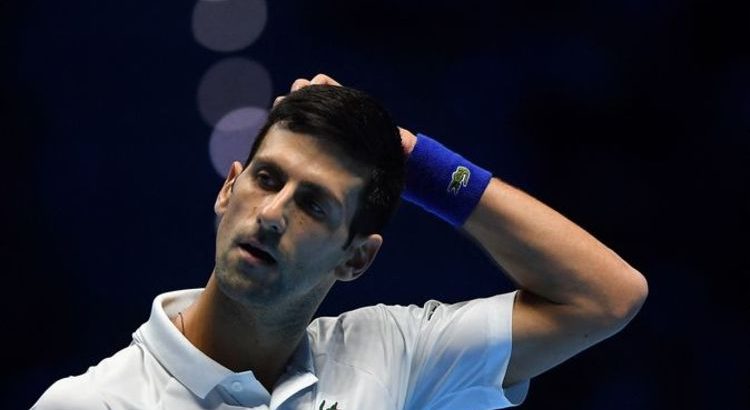 The Australian government is reported to be preparing their case to deport Novak Djokovic after the world No 1 won an appeal to have his initial visa cancellation overturned. Immigration Minister Alex Hawke still has personal powers to revoke Djokovic’s visa and is set to make a decision on Friday, with it appearing increasingly likely the Serb will be ordered to leave the country.

Djokovic initially had his visa cancelled last Thursday after landing in Melbourne late on Wednesday with a medical exemption granted by Tennis Australia on the basis that he had recovered from a Covid infection in the last six months.

The nine-time Australian Open champion appealed the decision and spent the weekend in a government detention hotel before winning his hearing on Monday on the grounds of “procedural fairness”, as federal government conceded they failed to give him enough time to provide more proof of his exemption before revoking his visa.

But the court did not rule on Djokovic’s exemption itself before reinstating his visa for fairness, as federal government states previous Covid infection is not a valid exemption from the vaccine for unjabbed foreign nationals looking to enter the country.

Immigration Minister Alex Hawke now has personal powers to cancel the world No 1’s visa for a second time, and now looks set to announce his decision on Friday after being delayed by extra documents and information provided by Djokovic’s lawyers on Wednesday.

According to the Daily Mail – on Wednesday, the federal government were reportedly preparing the paperwork to try and deport Djokovic from the country, and were happy to take on any backlash to maintain their stance of being “tough on Covid” at the border, with a federal election now just months away.

It was assumed that Mr Hawke would make his decision on Thursday before the Australian Open draw was made at 3pm local time, but the delayed draw was made after 4pm including Djokovic as the top seed as no news came from the Immigration Minister.

Australian Open organisers are said to be arranging contingency plans to re-organise the draw if Djokovic is deported, as the government leans strongly towards kicking him out.

While Mr Hawke continues to make his decision, Australia’s Department of Home Affairs is also investigating Djokovic, and have widened their probe to consider his Covid breaches in Serbia, inconsistencies about his Covid test and issues with his travel declaration.

During the 34-year-old’s appeal hearing, a sworn court affidavit confirmed he was both “tested and diagnosed” on December 16, taking a PCR test earlier in the day and receiving notification of a positive result at around 8pm Serbian time.

Photos of him attending a children’s tennis event and presenting awards to the kids without wearing a mask from December 17 then surfaced, as it was also confirmed Djokovic attended a L’Equipe interview on December 18.

But in a statement on Thursday, Djokovic claimed he took the test on December 16 and didn’t get his positive result back until after attending the children’s event on December 17, though admitted to breaching Covid isolation rules in Serbia by attending the interview the following day, knowingly being infected.

The Australian government is now investigating the 20-time Major champion for breaking isolation rules in Serbia and for contradicting the date of his positive PCR test result, with the maximum penalty for giving misleading information to the court under the Crimes Act a maximum five-year prison sentence.

He is also being investigated for “lying” on his Australian Travel Declaration form when entering the country, as he claimed he had not travelled in the 14 days prior to arriving Down Under despite travelling from Serbia to Spain in the period between Christmas and New Year.

The world No 1 informed border officials when landing in Melbourne last week that a member of his support staff filled out the form on his behalf and confirmed this in his statement on Thursday, calling it a “human error”, though the form itself states that “giving false or misleading information is a serious offence.

“You may also be liable to a civil penalty for giving false or misleading information”, with a maximum penalty of 12 months imprisonment.

While the Immigration Minister’s decision to cancel Djokovic’s visa is independent and separate to the Home Affairs probe, Mr Hawke is expected to consider the evidence in the investigation and can also revoke the Serb’s visa on “character grounds”, based on his decision to break Covid rules and give inconsistent statements on the date of his positive test result.