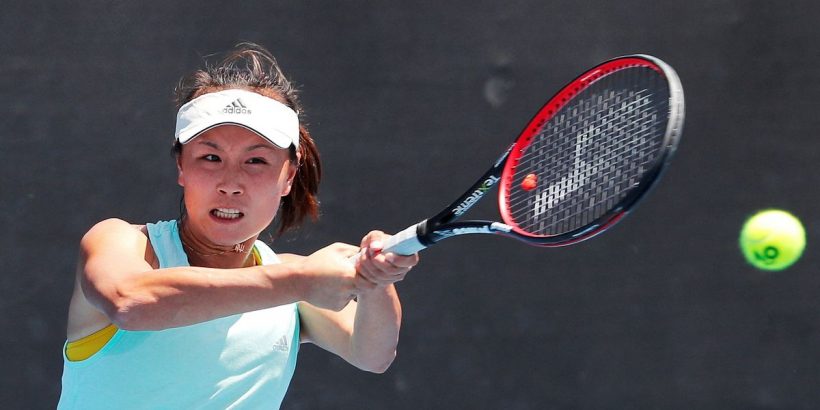 Australian Open officials have decided to reverse their decision to ban T-shirts donning the slogan ‘Where is Peng Shuai?’ – but banners will remain forbidden from being displayed at Melbourne Park.

Tennis Australia were forced to defend themselves after security at Melbourne Park ordered spectators to remove T-shirts and banners that supported Chinese tennis player Shuai. The decision received heavy criticism, including from 18-time Grand Slam champion Martina Navratilova, who branded the decision ‘cowardly’.

Victoria Azarenka, a member of the WTA Players’ Council, has also expressed her support for the doubles star while a protest has been planned for the women's final.

Tennis Australia chief executive Craig Tiley has since decided to allow such T-shirts as long as fans possess no ‘intent to disrupt’. But banners remain banned.

“If someone wants to wear a T-shirt and make a statement about Peng Shuai, that’s fine,” he said, before commenting on banners. “It really takes away from the comfort and safety of the fans.”

China condemned the ‘politicisation of sports’ after the World Tennis Association (WTA) suspended their tournaments in the country following Shuai's allegations. The damning stance by the WTA is a blow for China as Beijing is readying itself to host the Winter Olympics in February, and global rights groups are calling for a boycott of the Games against the country’s human rights record.

The 36-year-old former Wimbledon doubles champion Peng has not played since February 2020.

She has made a few appearances in China, but many remain concerned for her wellbeing. The WTA reportedly remain unconvinced by her public appearances, and the topic has been blocked on China’s internet.

However, Peng has since denied ever making the accusation that preceded her disappearance.

After incidents with t-shirts and banners in support of Shuai at Melbourne Park, a spokesperson for Tennis Australia said: “Under our ticket conditions of entry we don’t allow clothing, banners or signs that are commercial or political. Peng Shuai’s safety is our primary concern.

“We continue to work with the WTA and the global tennis community to seek more clarity on her situation.”

The first Grand Slam of the year currently has a lucrative sponsorship deal with Chinese distillery Luzhou Laojiao, and their product, Guojiao 1573, is advertised around the grounds at Melbourne Park.

Furthermore, Show Court 2 at the tournament is also called 1573 Arena as part of the deal.