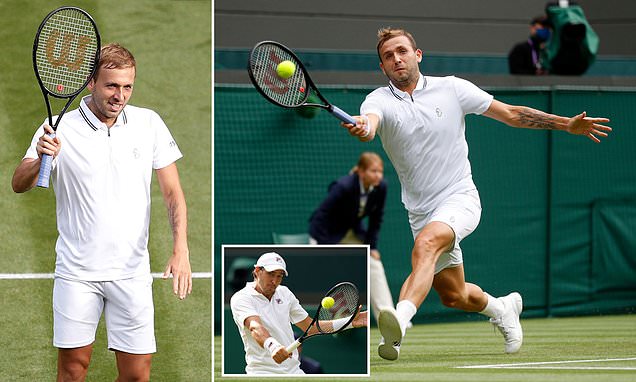 Dan Evans is back in the third round of Wimbledon but will have his sights on going further after an impressive display against Dusan Lajovic.

The British number one despatched the Serbian 6-3 6-3 6-4 on Court One to win his second match in two days and equal his best run at SW19.

Evans made it to the third round in 2016 and then again in 2019, where he had a painful five-set loss to Joao Sousa that robbed him of a meeting with Rafael Nadal. 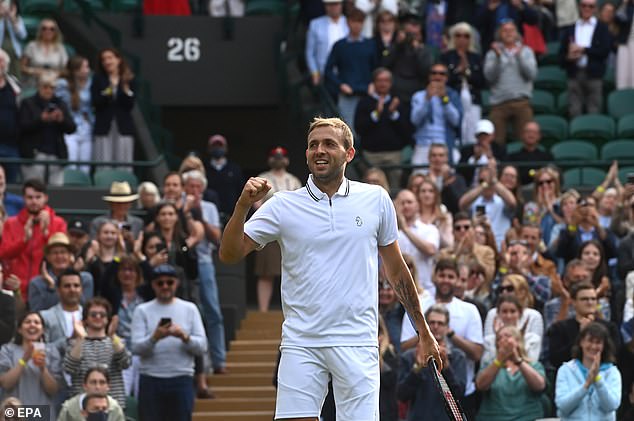 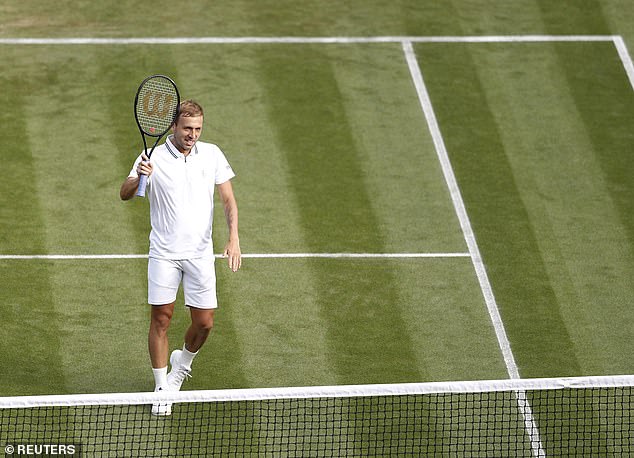 He will get another crack at making the second week on Friday when he meets either unseeded but talented Seb Korda or qualifier Antoine Hoang and will be eyeing a career-best run.

The 31-year-old has had plenty of time on the grass courts leading into this tournament and he will never get a better chance to make it to the fourth round.

Back on Court One barely 24 hours after he beat Feliciano Lopez in three sets on Tuesday, Evans showed no signs of fatigue with an accomplished display, hitting eye-catching winners from both wings.

An early exchange of breaks teased the prospect of a tight encounter, but Evans then twice broke Lajovic’s serve again to take the first set 6-3. 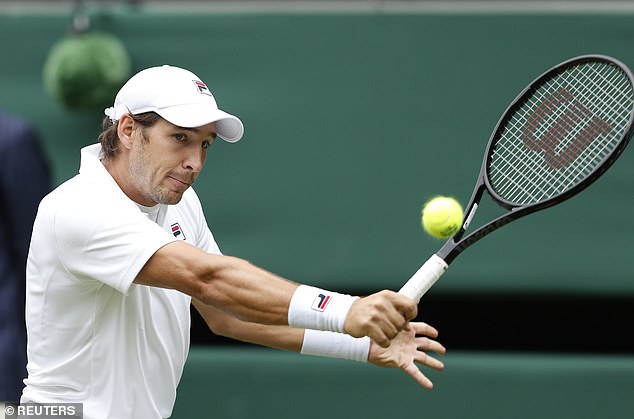 Lajovic had no answers against Evans, who hit eye-catching winners from both wings

The sixth game of the second set proved pivotal for Evans as a delicious forehand passing winner with Lajovic stranded at the net allowed him to get the crucial break and he sealed a 2-0 lead thanks to another winner from his forehand wing.

A rally destined for the highlight reel, which featured forehand after forehand from Evans, got the break early in the third and he backed it up to go within one game of the match at 5-2.

But his copybook suffered a minor blot as the Serbian broke his serve and then held to force Evans to serve it out for a second time.

This time Evans got the job done in style to book his place in the next round. 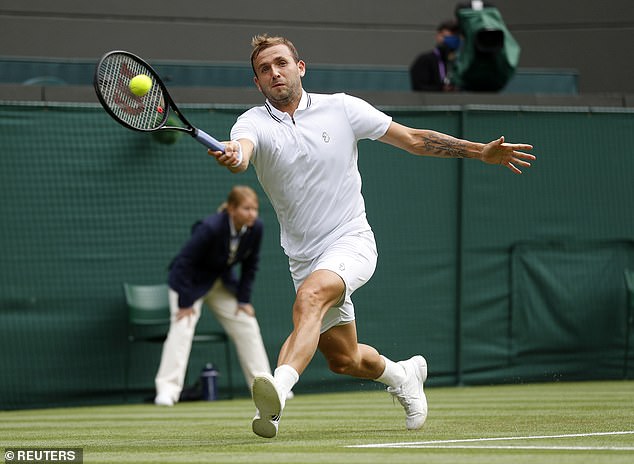