Dan Evans extended his winning run to seven matches to reach the quarter-finals of the Nature Valley Open in Nottingham.

The British No 3 won the Challenger title in Surbiton last week and is aiming to go one better than last year in Nottingham, when he lost to Alex De Minaur in the final. 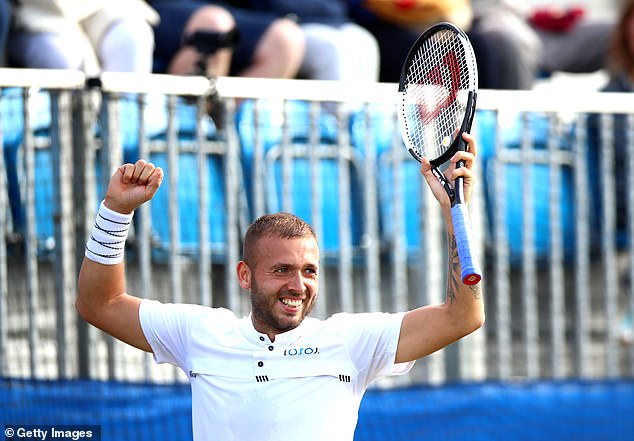 Evans said: ‘I didn’t do much to put myself in a bad position. He played pretty well. I’ve played a lot of matches but I’m not playing my best tennis out there, so I’m fighting pretty hard.

‘Against these young guys, it’s tough for them to get over the line. I’m not sure they all believe they can beat me, so it was a matter of just hanging in there. But I got over the line, so that’s good.’

That match was again played indoors at Nottingham Trent University because of poor weather, and Evans faces having to play twice on Saturday if he is to continue his run. 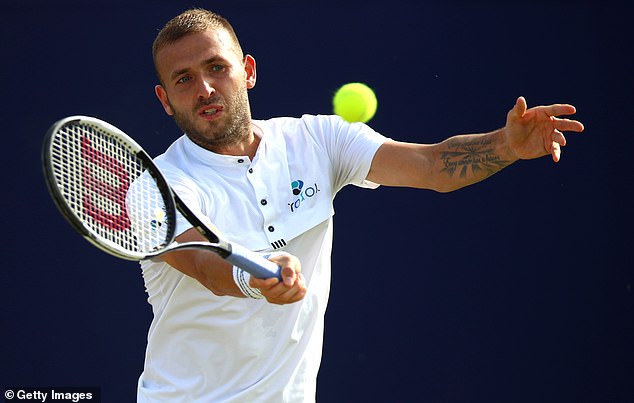 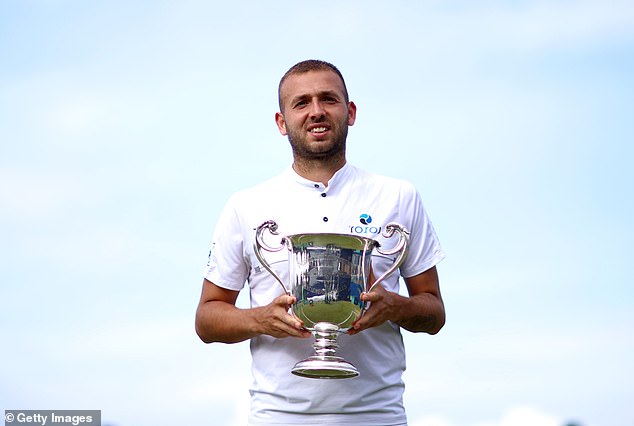 He takes on German Dominik Koepfer in the last eight, with the winner to face either Lukas Rosol or Go Soeda.

The women playing in the WTA tournament did finally make it on to the grass, but only one match was able to be completed, with Tatjana Maria defeating sixth seed Ajla Tomljanovic 6-3, 7-6 (7) to reach the semi-finals.

Mladenovic’s coach Sascha Bajin was unhappy with the situation, saying on Twitter: ‘Many bad decisions have been made here in Nottingham by the officials. But still, we can take lots of good things from here. Congrats to Donna for today.’

Top seed Caroline Garcia was extended to three sets by qualifier Elena-Gabriela Ruse but came through 4-6, 7-6 (3), 6-1 to set up a last-four meeting with Jennifer Brady, who upset fourth seed Maria Sakkari. 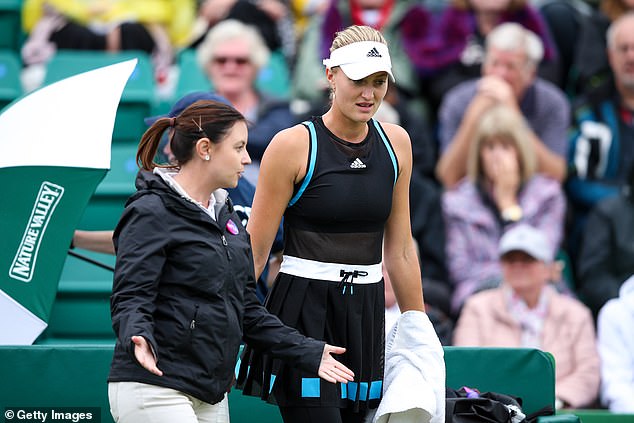 Mladenovic’s coach, Sascha Bajin, voiced his annoyance at decisions on his Twitter page