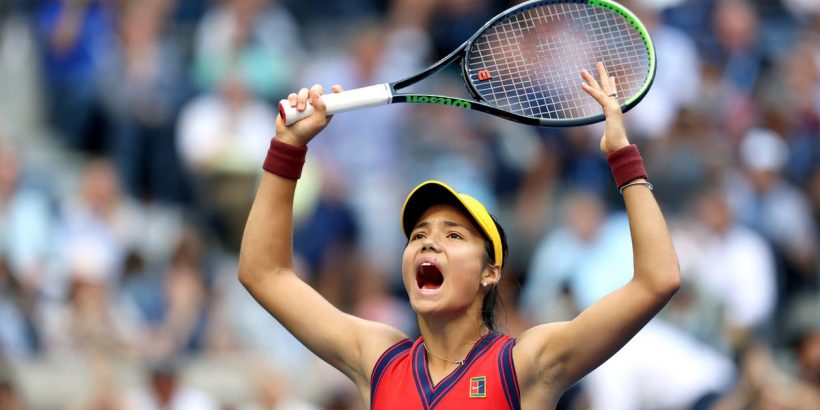 Emma Raducanu has become the first British woman to win a tennis grand slam in 48 years as she completed a remarkable success at the US Open in New York.

Raducanu, who reached the fourth round at Wimbledon earlier this year, didn't drop a set en route to winning the tournament.

The teenager made history as she becomes the first qualifier to win the Grand Slam, beating 17th seed Fernandez in the process.

Unknown to many prior to her stellar performance at Wimbledon, Raducanu has gone some way to establishing herself as one of the brightest tennis stars on the planet.

Showing her composure time and time again, Raducanu fended off swathes of momentum from Fernandez throughout the first and second set to secure a memorable victory.

Serving for Championship point, Raducanu mustered up an ace at the most crucial stage before collapsing to the floor in disbelief.

The latter stages of the final played witness to dramatic scenes after the 18-year-old was the subject of a medical time-out due to a cut knee.

Once the bleeding had been stemmed, Raducanu recovered quickly to end the 53-year wait for a Great British woman to win the US Open.

In what is already a remarkable story, just three months ago Raducanu was sitting her A-level exams in hometown Bromley, UK.

Raducanu made the better start, confidently holding serve in the opening game and then taking her sixth opportunity to break for 2-0.

Throughout the contest, every rally was hard fought, neither woman shirking an opportunity to strike the first blow but reading each other’s games in a way none of their previous opponents had managed – it was quite the match-up.

There will be more to follow on this breaking news story.

We'll bring you the very latest updates, pictures and video.

Please check back regularly for updates on this developing story HERE. Get email updates on the day's biggest stories straight to your inbox by signing up for our newsletters.

Get all the big headlines, pictures, analysis, opinion and video on the stories that matter to you by following The Mirror.

See all our social accounts that you can follow here: mirror.co.uk/social