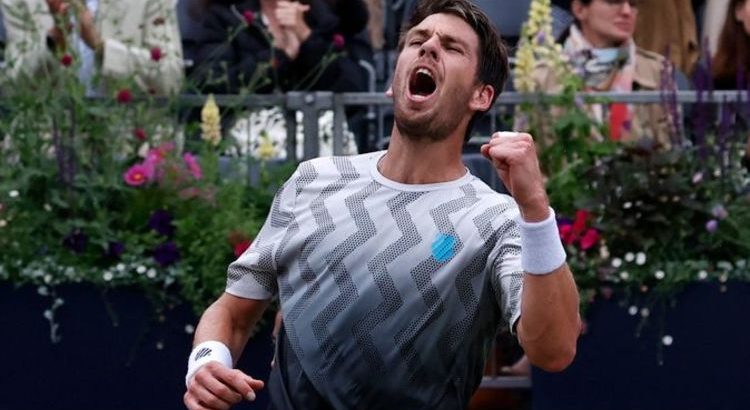 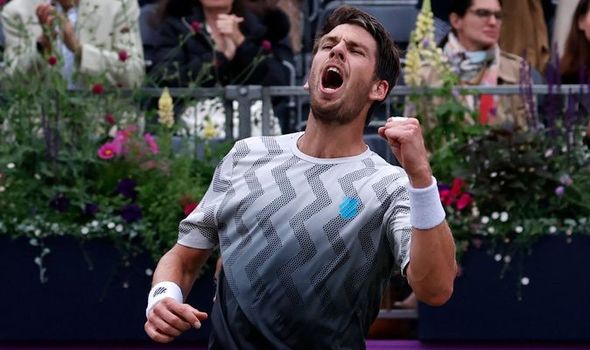 Only Andrey Rublev on the ATP Tour has matched that figure this season with Norrie registering 15 wins over players ranked above him.

And he’s now competing in his first ATP 500 final on Sunday against world No 9 Matteo Berrettini.

But reaching the final at Queen’s has also seen Norrie write his own piece of history.

Andy Murray and Tim Henman were the only two British male tennis stars to reach the singles final since Mark Cox lost to Raul Ramirez back in 1977.

JUST IN: Rafael Nadal withdraws from Wimbledon and Olympic Games 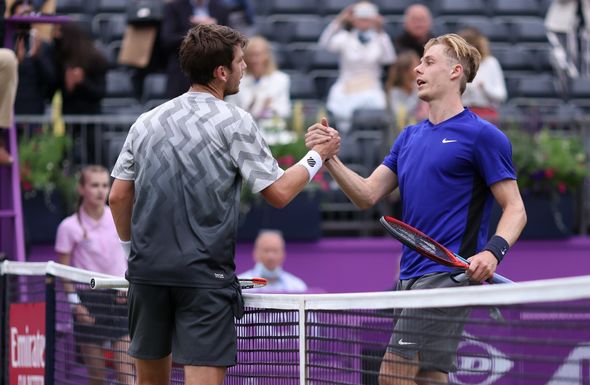 The Championships have seen some of the world’s best players take to the courts of the Queen’s Club such as Boris Becker, Pete Sampras and Rafael Nadal over the years.

Murray last won the singles title back in 2016 and Norrie can become the 32nd British tennis player to win since the tournament began.

But speaking immediately after his victory over Shapovalov, Norrie admitted that he still hadn’t realised the magnitude of his achievement.

“It hasn’t really sunk in yet,” Norrie said.

“I think I played very good today and I’m so pleased to be through to the final here.

“All credit to Dennis it was a tough match.

“I have doubles later on but obviously it’s a huge tournament for me and one of my biggest achievements so far. Let’s see if I can go one better tomorrow.

“I’ve watched him [Berrettini] a little bit throughout the week, he has a huge serve, he likes a drop shot. I saw him play earlier today and he had a really good day so it’s not going to be easy. I’m looking forward to it.” 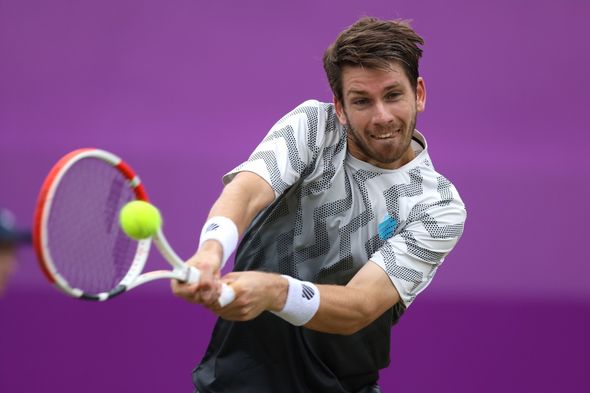 In reaching the final at Queen’s, Norrie has also guaranteed that he will be seeded for this year’s Wimbledon Championships.

He has never got past the second round in his three previous appearances at Wimbledon.

But Berrettini has already defeated two British stars on his way to the final after beating both Murray and Dan Evans.

The Italian made light work of Alex De Minaur in his semi-final contest, winning 6-4, 6-4.