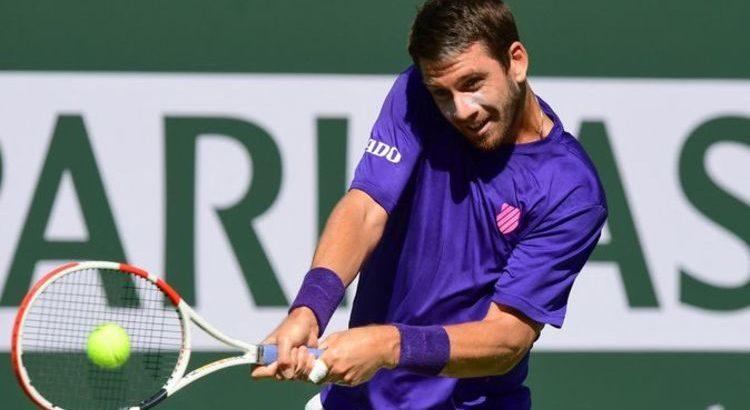 Cameron Norrie has made his first-ever Masters 1000 final. The Brit beat former world No 3 Grigor Dimitrov 6-2 6-4 to reach the championship match in Indian Wells. He is now set to break into the world’s top 20 and overtake Dan Evans as the British No 1 for the first time in his career.

Norrie has already been having his most successful season yet, and is now enjoying his best tournament in Indian Wells.

The current world No 26 had never made a Masters 1000 quarter-final and has now booked a spot in Sunday’s (October 17) final.

He had already beat 15th seed Roberto Bautista Agut and 11th seed Diego Schwartzman en route to the last-four, with his win over the Argentine securing Norrie the British No 1 ranking.

The 26-year-old looked dominant against Schwartzman in the previous round as he dropped just two games, and he showed an equally-impressive display against former Masters and ATP Finals champion Dimitrov.

Norrie raced to a double-break lead within minutes, eventually taking the opening set 6-2.

There were some lengthier games as Dimitrov started to settle into the match and find the form that helped him defeat top seed Daniil Medvedev from a set and double-break down, but the still managed to nab an early break in the second set.

The Bulgarian raised his level as the crowd cheered him on but the Los Cabos champion held on to serve out the biggest match of his career so far and book a spot in his sixth final of the season, and first-ever at Masters level.

He now awaits the winner of a match between world No 36 Nikoloz Basilashvili and world No 39 Taylor Fritz.