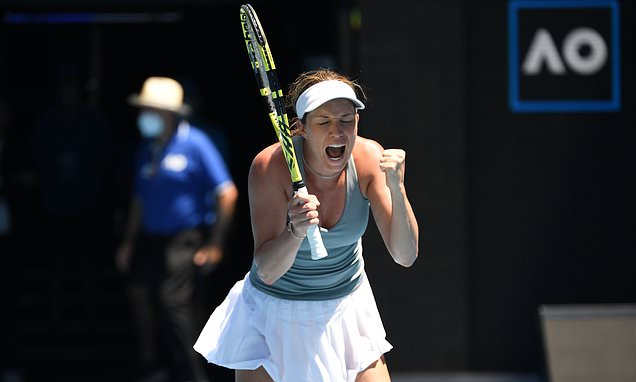 Danielle Collins will take on Iga Swiatek in the Australian Open semi-finals, completing a remarkable comeback by the American.

Collins, 28, had surgery for endometriosis in April and missed two months of action.

But the 27th seed reached her second semi-final at the Melbourne Slam after a 7-5 6-1 win over France’s Alize Cornet. 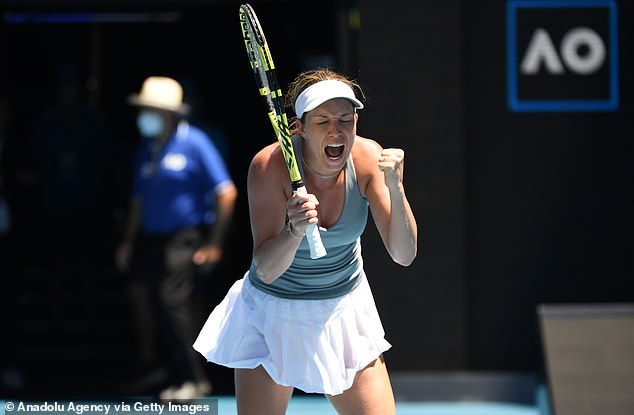 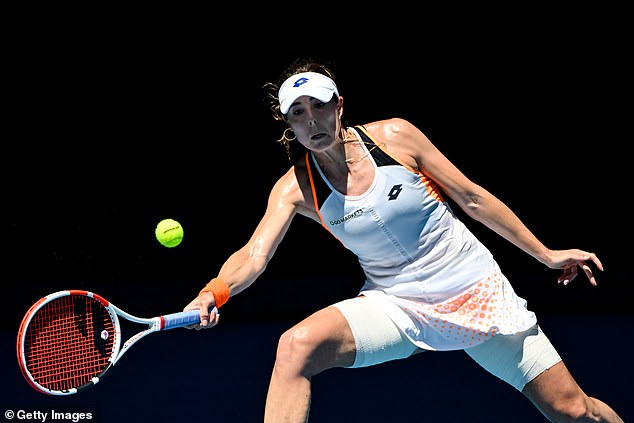 It has been a remarkable recovery from the American, who required surgery last April

She will face the seventh seed from Poland Swiatek, who defeated the veteran Kaia Kanepi 4-6 7-6 (7/2) 6-3, in the last four on Thursday.

Collins was in a dark place last year while suffering severe abdominal and back pain during her periods that impacted her ability to train and play.

It led to a diagnosis of endometriosis, which occurs when tissue similar to the womb lining grows in other places, usually within the pelvic cavity.

Collins had surgery last April and it has been a long road back to her first Grand Slam semi-final since 2019 in Melbourne.

‘When you’re dealing with that type of physical pain multiple weeks out of the month, you’re not putting yourself in a position to be able to perform consistently and to be at your best whether as an athlete or a person,’ she said. 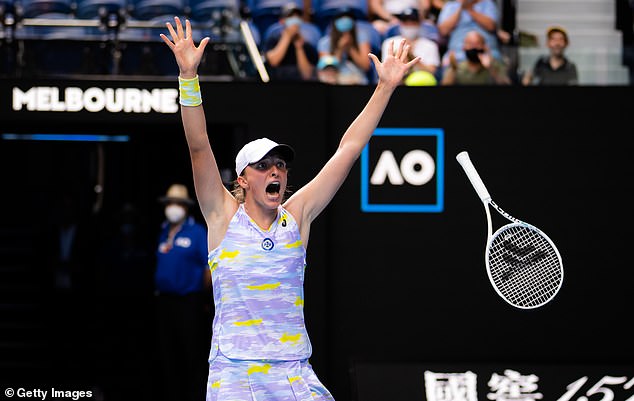 ‘I think I certainly feel a lot freer just not having to deal with the symptoms that I used to deal with, that not being a continuous issue that I’m dealing with on a daily basis.’

Collins’ fitness was on full display during a sweltering morning match at Rod Laver Arena, the 27th seed ramping up the aggression to blow Cornet off the court in the second set.

She showed no nerves as she hammered a forehand down the line to earn two match points, then sealed it when Cornet thudded a forehand into the net.

‘It feels incredible,’ said Collins. ‘Especially after some of the health challenges I’ve had. To be able to compete with these women, it’s such an honour.’ 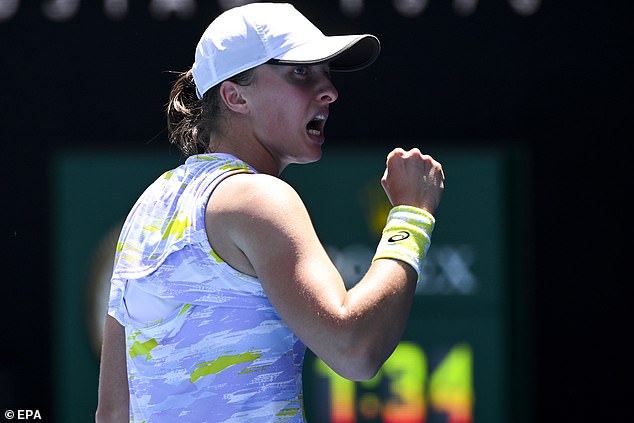 Swiatek, the seventh seed from Poland, prevailed in gruelling conditions to reach the semis

‘I think anytime you’re dealing with injuries, I think there’s certainly a science behind looking at your menstrual cycles,’ she said.

‘I think it’s an important discussion that medical teams can have with athletes.’

Swiatek had to battle through her quarter-final with Kanepi, an intense battle that lasted more than three hours.

It was more last eight heartache for Estonian Kanepi, 36, who has played in seven major quarter-finals in her career and lost all of them.

She did win the opening set after converting a set point at the ninth time of asking but Swiatek recovered to move 4-1 ahead in the second set.

However, two double faults helped put Kanepi back on serve, leading to a tie breka that Swiatek won.

Both players struggled on serve in the deciding third set but Swiatek ultimately edged it with her fourth break in the set.

‘This match was crazy and without the energy in the stadium I don’t think I could have done it,’ said Swiatek.

The other women’s semi-final will see the Australian world No 1 Ashleigh Barty take on unseeded Madison Keys of the United States on Thursday with the Collins vs Swiatek match following.