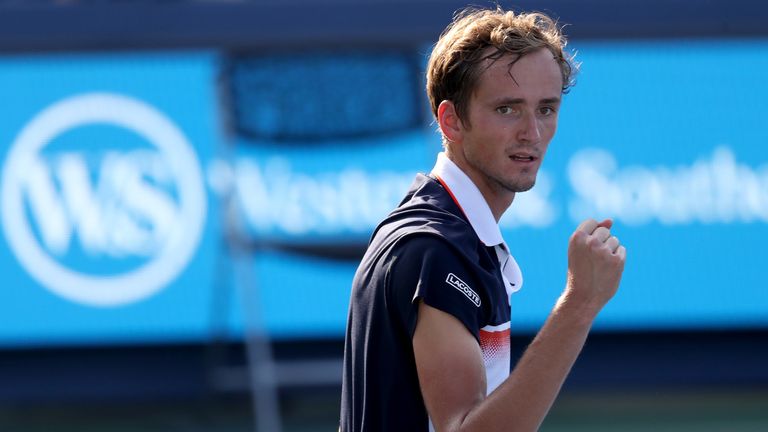 Daniil Medvedev followed up his semi-final win over Novak Djokovic by beating David Goffin to claim the Cincinnati Masters title.

The Russian was a 7-6 (7-3) 6-4 winner in one hour 39 minutes and has guaranteed his place in the world’s top five in next week’s new ATP rankings.

Medvedev had already reached finals in Washington and Montreal this summer and booked his place in a third with his remarkable win over world no 1 Djokovic.

Despite fears of fatigue, Medvedev stormed into a 4-1 lead against Goffin before the Belgian broke back to force a tie-break, only to lose it on a double fault.