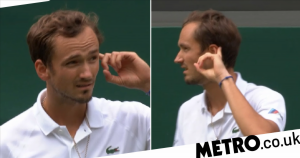 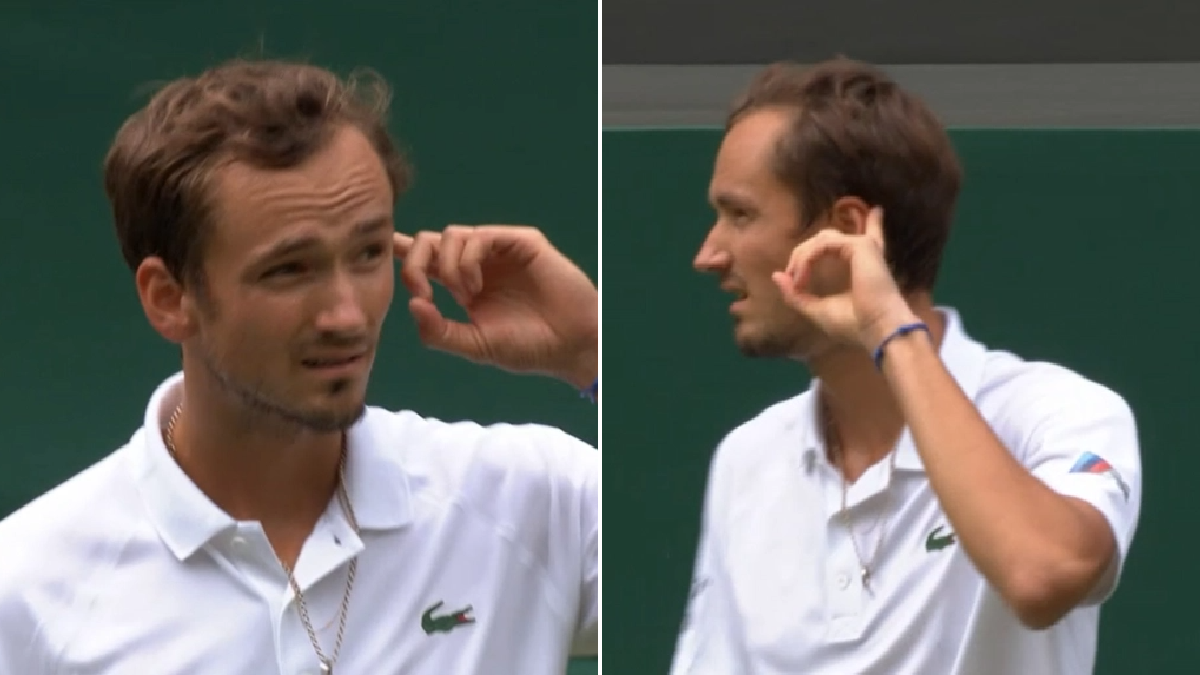 Daniil Medvedev cupped his ear to the Wimbledon crowd and taunted spectators during his 6-4 6-1 6-2 victory over teenager Carlos Alcaraz Garfia, looking very annoyed by his lack of support.

The number two seed had very few problems against the Spanish wildcard, though the crowd on No.1 Court opted to support the young underdog as he battled valiantly in the match.

But Medvedev seemed wound up by how much support Alcaraz was receiving, particularly given his status and excellent display, and his frustrations boiled over when he took the first set.

Rather than being greeted by cheers, the Wimbledon spectators groaned as the Russian sealed the first set, prompting Medvedev to repeatedly cup his ear to the crowd.

The 25-year-old did it not once, not twice but three times before returning to his chair, even throwing in a fourth gesture for good measure once seated as he tutted his head in disbelief at his perceived lack of support.

Medvedev has form for run-ins with the crowd and was fined $9000 (£4,700) in his US Open clash with Feliciano Lopez in 2019 when he aimed a middle finger at fans, snatched a towel from a ball person and taunted the US Open crowd.

He was punished for unsportsmanlike conduct and a visible obscenity but slowly won over the crowd, even thanking them for their support after he reached the final.

‘I want to talk about you guys,’ he said at the time. ‘I know earlier in the tournament I said something in a bad way but now in a good way, it’s because of your energy guys I was here in the final.

‘I mean, tonight is going to be always in my mind. I played in the biggest court in the tennis world and in the third set where I was already thinking which speech should I give, you guys were pushing me to prolong this match because you want to see more tennis. So because of you guys I was fighting like hell.’

Medvedev – who played some scintillating tennis is his second-round win – will hope he can win over the Wimbledon crowd in much the same fashion over the next fortnight.