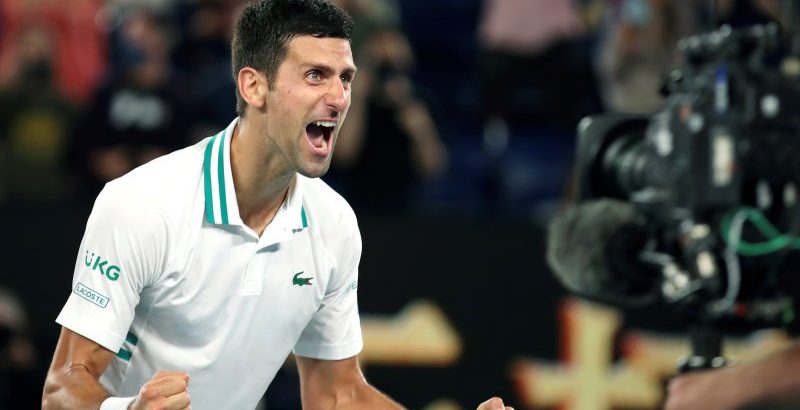 McNamee, an Australian Open semi-finalist in 1982 who joined supporters of Djokovic outside the Park Hotel in recent days, declared the Serbian had “comprehensively won” his day in court.

McNamee said Djokovic deserved credit for “running the gauntlet” when challenging the decision made by the Home Affairs Minister, stating it was clear the world No. 1 arrived in Australia believing he “had done nothing wrong” after being granted a medical exemption. 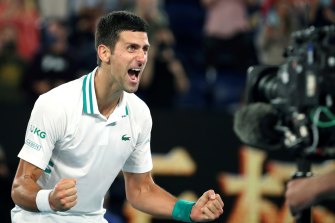 Rivals of Novak Djokovic suspect his time in detention will make him an even tougher opponent. Credit:Getty Images

Provided Immigration Minister Alex Hawke does not act against him, the challenge for the Serbian is the limited window he has to find his best form before the Australian Open.

“There is an old saying in tennis,” McNamee told The Age.

McNamee is certain the 34-year-old will have been exercising regularly, despite the small dimensions of the Carlton hotel room he was detained in.

He is mindful that the nine-time Australian Open champion’s main rivals for the crown, led by 2009 winner Rafael Nadal, Daniil Medvedev and Alexander Zverev, are match-fit and confident.

But the doubles legend is certain Djokovic will steel himself for the challenge and said he had shown a remarkable ability to overcome adversity in the past.

“He has clearly got the qualities and the fight to do so,” McNamee said.

McNamee’s views mirrored that of Nick Kyrgios and Medvedev, who denied Djokovic’s bid to complete the Grand Slam at the US Open last September, prior to Monday’s hearing.

Medvedev said winning this Australian Open would be easier if the King of Melbourne Park was denied entry in his bid to defend the title for the fourth year in succession.

Kyrgios, whose participation in the Australian Open is in doubt after he tested positive to COVID-19, predicted Djokovic would be even more determined to succeed.

“If he is allowed to play the Australian Open, I don’t want a bar of him. I reckon he’s going to be pissed off,” he said.

“He’s going to be very determined to play well and stick it to everyone [after] what’s going on. And I don’t want a bar of that Novak.”

McNamee, a former Australian Open tournament director, said he hoped the decision would lift the shadow that has been cast over the event since Djokovic was detained.

“I would say that we now need to get on with it and allow the tennis team to get on with running the Australian Open and the No. 1 to get out there,” he said.

And if McNamee was still running the Australian Open? He is certain tournament director Craig Tiley will oblige a request for Djokovic’s opening match to be on Tuesday night.

“I can’t speak for the tournament director, but I think his request for a Tuesday start is a good case,” he said.

“Put it this way, I am pretty sure the top half of the men’s draw will be played on Tuesday.”

Some of Djokovic’s peers were among those quick to celebrate his initial court victory.

American John Isner said the “only thing left [for Djokovic] to do is win the trophy again and leave town, never to return”.

Croatian Ivo Karlovic, among a rare number of players to boast a winning record over the Serbian, expressed delight.

Melbourne media law practitioner Justin Quill, who had foreshadowed a successful appeal by Djokovic, described the agreement reached this afternoon as a “capitulation”.

“This is like winning the first set 6-0 and, when being 4-0 up in the second set, the opponent gives up and walks off,” he told Sportsday.

On Monday outgoing Bennelong Liberal MP and former tennis player John Alexander in a Facebook post said he couldn’t see how the decision could now be overturned.

“It would appear COVID-negative Novak has complied with all health entry requirements, the judge asking: “What more could this man have done?” Based on this, Novak does not seem to present an unreasonable health risk to Australia,” Alexander wrote.

“So what would be the ‘public interest’ the Minister could potentially use to exercise his personal powers to deport our defending Australian Open tennis champion?

“Retaining the Australian Open as a grand slam event I would argue is in our national interest.