World No.1s and title holders Novak Djokovic and Naomi Osaka have been named the top seeds for the US Open which starts on Monday in New York.

Three-time US Open champion Djokovic, who comes into the tournament having won his fifth Wimbledon title, is followed in the seedings by 2017 winner Rafael Nadal. 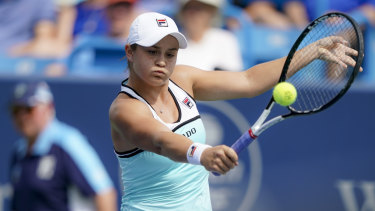 Ashleigh Barty is the No.2 seed in the women’s draw for the US Open.Credit:AP

Roger Federer will begin his quest for a 21st grand slam crown as the third seed.