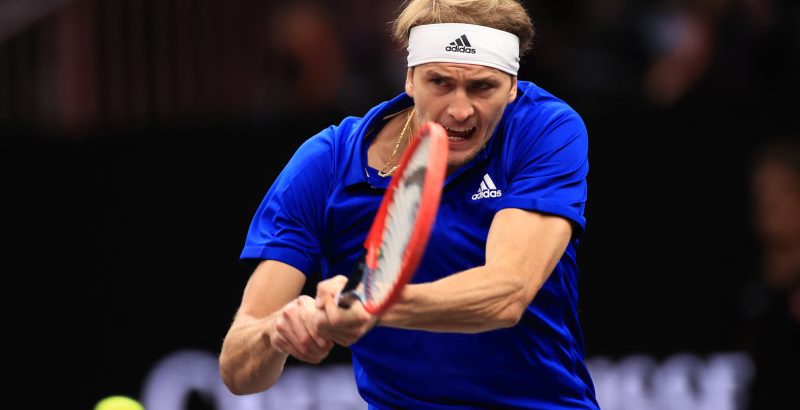 ATP Finals champion Alexander Zverev says the potential absence of nine-time Australian Open champion Novak Djokovic is shaking up the men’s draw and this year’s major will be “a fun one to watch”.

The world No.3 is suddenly shaping as one of the players to beat, but the German says there are multiple contenders, including Russian Daniil Medvedev, Greek Stefanos Tsitsipas and 2009 champion Rafael Nadal.

Removing the Djokovic name from the draw – should it happen – will mean a first-time Australian Open men’s champion is almost a given. Nadal’s sole title at Melbourne Park was more than a decade ago and the Spaniard enters tournament play with little recent play to draw upon. 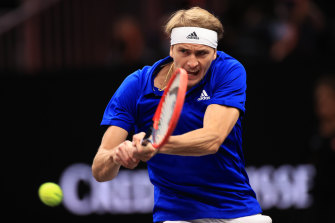 “I think you need to talk about Medvedev, Tsitsipas, who has been playing extremely well here over the last few years. I think myself, I have been playing well the last six months of last year.

“I have practiced with Rafa, who I think is playing incredible right now again.

“There are still a lot of guys that have the potential to make this tournament really interesting. I think it’s going to be a fun one to watch.”

Zverev, 24, wouldn’t entertain the question that Djokovic’s tennis legacy was under threat, choosing not to confuse Djokovic’s off-court dramas that have engulfed the sport with his phenomenal Melbourne record.

“Every tournament that he plays, especially on this surface, especially here where he won nine times, he would be the favourite. That’s just the way it is,” said Zverev.

“Still for me, yeah, [he’s] one of the greatest players of all time. Yeah, I mean, this is obviously not a nice thing for everyone, for him especially. But don’t question his legacy because of this.”

Zverev is on the top half of the men’s draw, alongside Djokovic, and any move which forced the Serbian out of Melbourne will reshape tournament expectations.

Either Nadal or Zverev could end up in a semi-final against Djokovic. For the 20-time major winner Nadal, it’s hard to get a proper feel on where he’s at. His ATP 250 tournament win in Melbourne last week was ideal, but he also had COVID-19 last month.

A left-foot injury ended his season before the US Open.

Nadal was unsure what the demands of grand slam tennis – and five-set matches – would mean.

“I can’t tell you a clear or accurate answer because I didn’t play best-of-five since Roland Garros,” Nadal said.

“I only played three matches in the last six months.

“I just want to go day by day. Of course, I [am] going to keep trying my best to improve. Practice helps. [I’ve been] practicing here with the guys, and play three matches last week, let’s see how the things start in the Australian Open.

“Every day I spend on court, I think it’s positive.

Nadal knows he’s in the latter stages of his career. Thus, his natural mode is gratitude as he weighs up immediate expectations.

“When you’re coming back from injuries and from a period of time that you are not going on the tour, you need to accept that the things [are] not going to be perfect,” Nadal said.

“That’s the main thing for me – accept that you are moving sometimes a little bit slower, sometimes you are going to miss, sometimes things are not coming that quick.

“You need to think more about how to play, about shots, about technical stuff.

“But [it] is about time. I know that. You need to forgive yourself the mistakes and be humble enough to accept the process, accept that sometimes things not going to go that way [you want].