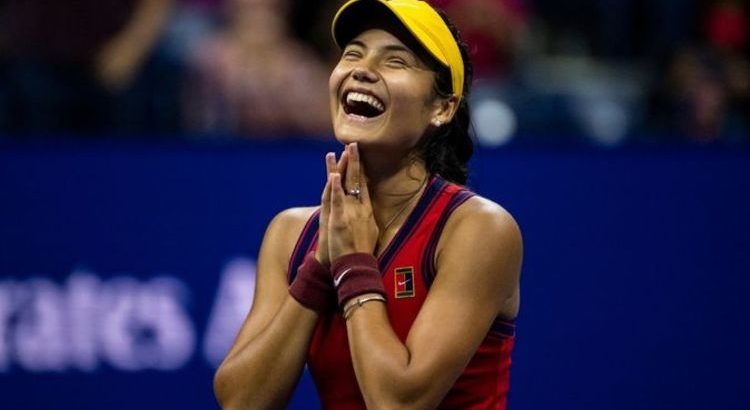 Emma Raducanu bids to become the first British woman to win a Grand Slam singles title in 44 years tonight. The 18-year-old faces fellow teenager Leylah Fernandez in the most unlikely of finals at the US Open. Raducanu, ranked world number 150 before the tournament, and her 19-year-old counterpart, at 73, have defied expectations to reach a thrilling final.

Orpington-based Raducanu came through three rounds of qualifying to reach the final, and has become the first qualifier to reach a Grand Slam final.

She managed it all without dropping a single set.

Britain’s golden girl has earned praise for her heroics both on and off the court, and showed “more poise” than a “trio of prominent, middle-aged men” could muster between them.

Raducanu burst onto the scene at Wimbledon earlier this year, winning three matches to reach the last 16 in her debut major tournament, all while ranked 338th in the world.

She was heartbreakingly forced to retire in the second set of her fourth round match due to breathing difficulties.

Piers Morgan questioned her composure: “Ms Raducana’s [sic] a talented player but couldn’t handle the pressure & quit when she was losing badly.”

Upon being called out by Gary Lineker, who noted Morgan had stormed off Good Morning Britain amid criticism just months before, he said: “I was wrong to walk off which is why I came back after 10 mins & finished the show.

“That’s what mental resilience is all about – overcoming temporary moments of weakness.”

Writing in The Telegraph, Molly McElwee said her critics should have known better. She explained that anyone who watched Raducanu’s “laboured breathing and clutching of her stomach” towards the end of her fourth round match “could tell she was having an issue that required a doctor’s attention”.

John McEnroe, commentating on the BBC at the time, “decided he had all the answers mere minutes after she had left the court”, according to Ms McElwee.

Mr McEnroe suggested it “just got too much” for the teenagers, questioning “how much can players handle?” and comparing her shortcomings to those far more experienced.

The tennis legend did caveat his comments by explaining that losing might help Raducanu “understand what it would take to make it”.

Former England cricketer Kevin Pietersen arrived with his own views, despite later admitting he had not even watched the match.

“Deal with it, or someone else will deal with it in your place!”

Yet it was Raducanu’s response to having her Wimbledon dream ended that was arguably as impressive as the tennis she had played.

In the hours that followed the pile-on from men handing out “unsolicited advice on how to do better”, a host of the biggest names in sport jumped to her defence. Andy Murray, Dina Asher-Smith and Marcus Rashford were just a few of those, with the latter recalling he had a similar experience on the pitch as a 16-year-old.

Raducanu, less than 24 hours on and before she had even seen her parents, returned to do a BBC One interview with Sue Barker.

She said: “I really, really wanted to be able to compete and try my best. But the medical advice was to pull out and I followed it, because I think that their advice was the best in the end.

“I found it very difficult to regulate my breathing… I don’t know what caused it.

“I think that it was a combination of everything that has gone on behind the scenes in the last week, an accumulation of the excitement and buzz.

“I think it’s a great learning experience for me going forward, and hopefully next I’ll be better prepared.”

She donned an England shirt for the interview, showing just how self-aware she is for her age, and has since proved she has learned from the experience.

Ms McElwee stressed the importance of applauding Raducanu for rising “above misogynous mud-slinging, to meet the moment off the court too”.

Emma Raducanu vs Leylah Fernandez will be shown live and free on Channel 4 tonight at 8pm after the broadcaster struck a last-minute deal. Coverage is also available on Amazon Prime and BBC Radio 5 Live.