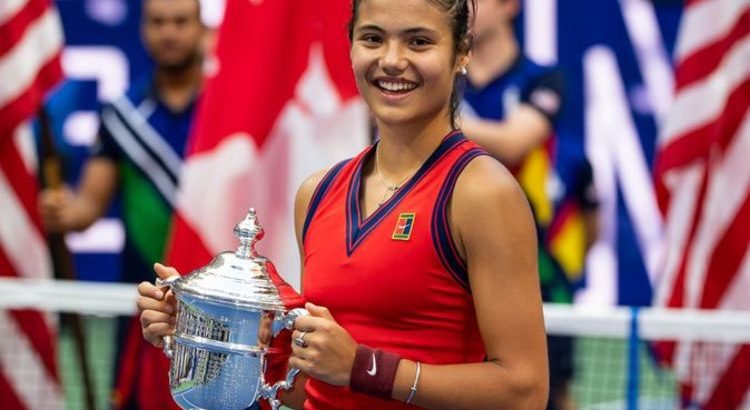 Emma Raducanu has admitted that she doesn’t know what’s next after her historic US Open win. The 18-year-old achieved the seemingly impossible, becoming the first qualifier in history to reach a Grand Slam final, let alone win the title. After shooting up the rankings from world No 150 to No 23, the Brit will be able to qualify for the top-level tour events but has no plans for future tournaments following her success in New York.

Raducanu completed the unthinkable in New York, coming through three qualifying matches and seven main-draw matches to win the US Open title without dropping a set.

As well as being the first-ever qualifier to win a Major, man or woman, she is also the first in Open Era history to win the title in her second Grand Slam appearance.

Just three months ago, the Brit was ranked down at world No 338 before receiving a wild card into Wimbledon – a last-minute decision from tournament bosses who initially only gave the teenager entry into qualifying.

Her run to the round of 16 at the All England Club was enough of a fairytale but was eclipsed by her exploits in Flushing Meadows, where she entered the qualifying event at a career high ranking of No 150 in the world, and leaves as the new world No 23.

While Raducanu has had the breakthrough most can only dream of, she is in no rush to get back on the court and build on her success.

The US Open was just her fourth official tour-level event, after receiving wildcards into the WTA 250 in Nottingham, Wimbledon, and another 250-point tournament in San Jose.

Gone are the days that the Bromley teenager will need to play qualifying or be given a wildcard to enter tournaments, as her new ranking puts her in prime position to receive direct entry to even the biggest events on the WTA Tour, and even be seeded at the next Grand Slam if she can remain in the top 32 of the world.

Despite that, the 18-year-old has admitted that she’s not sure when she will next play an event, and has not given any thought to her new life as a Grand Slam champion.

“I haven’t thought of any of that, to be honest. After the match, I just showered, same routines as always,” Raducanu said in her post-match press conference, asked how her life would change after her unprecedented victory.

The latest Grand Slam champion, who received her A Level results ahead of the tournament, said she wouldn’t be thinking about the future just yet and was soaking in the moment.

She added: “I definitely think it’s the time to just switch off from any future thoughts or any plans, any schedule. I’ve got absolutely no clue. Right now, no care in the world, I’m just loving life.”

As well as lifting the trophy and receiving £1.8m in prize money, the 18-year-old is also leaving New York with more than a million Instagram followers.

She had around 400k coming into the tournament, having earned the majority of her following after making a name for herself at Wimbledon.

Despite her sudden ascendancy, Raducanu admitted she hadn’t checked her phone much during the tournament and was oblivious to the frenzy she had caused back home, even receiving a message of congratulations from the Queen following her win.

“I still haven’t checked my phone!” she said.

“I have absolutely no idea what’s going on outside of the little world that we’re in here. We’ve just been in the quiet room, just enjoying the moment, taking it all in.

“I think today we just really need to just shut out from everything, just enjoy it as a team, because it was a team effort. I didn’t get here by myself at all. Every single person that’s here with me has helped me along the way and played a huge part.”