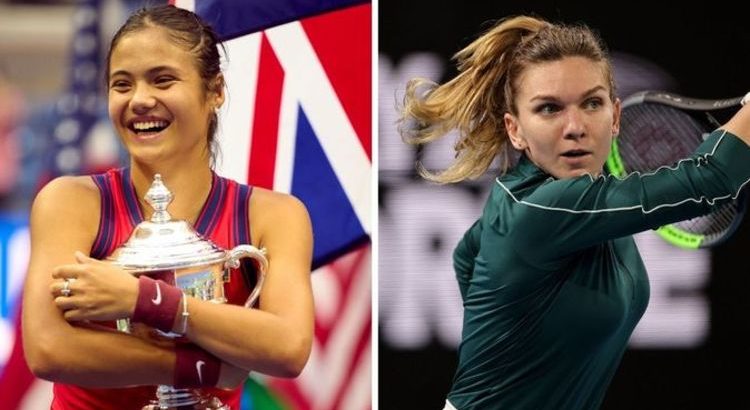 Simona Halep has opened up on Emma Raducanu’s perception in Romania, where her father hails from, and admitted that the country has “adopted” the 18-year-old. Halep herself has experienced the support from her home nation as a former world No 1 and two-time Grand Slam champion, and was happy to share the limelight with the recent US Open champion.

Raducanu is competing in the Transylvania Open this week, her first time playing a pro tournament in her father’s home country of Romania.

It’s also her first tournament since losing to world No 100 Aliaksandra Sasnovich at Indian Wells, her first match since winning the US Open.

Ahead of the tournament, Romanian tennis star Simona Halep opened up on the public’s perception of Raducanu, who is half-Romanian and half-Chinese, born in Canada but raised in the UK, representing Britain when she plays.

“The people here are proud of what she has done,” the 30-year-old told The Telegraph.

“They have adopted her, let’s say.”

Last month, Raducanu made history as the first-ever qualifier to win a Grand Slam at the US Open, coming through three qualifying rounds and seven main-draw matches without dropping a set, all while ranked down at world No 150.

Halep continued: “I heard many people talking about this – what she’s done is amazing, it’s huge to win at 18.

“In Romania, we have had big champions in tennis – we had Virginia Ruzici, Ilie Năstase, a history in the sport. Then a gap and then I came with the big results.

“[There is] a big community of sports fans, who follow everything and go everywhere they can with the Romanian flags – it’s a big boost for everybody in Romania when somebody wins a big tournament. They fit themselves into that success.”

The 2019 Wimbledon champion also joked: “And Raducanu being a very specific Romanian name, they feel like she is Romanian. It is very, very Romanian.”

The teenager who hails from Bromley still has family in Romania, and during Indian Wells admitted she was hoping to get her grandmother down to Cluj-Napoca to watch her compete in the tournament.

Halep herself knows how it feels to be embraced by the country, having twice packed out the Bucharest National Stadium with 20,000 fans who watched her bring home her Roland Garros trophy in 2018 and her Wimbledon trophy in 2019.

The current world No 18 also backed Raducanu to become “one of the best”, tipping her to make a debut in the world’s top 10 very soon.

“She has already won a Grand Slam title and I think she is able to achieve everything. She now has the experience of winning the biggest tournament in tennis,” Halep said.

“I think she can easily get into the top 10 sooner than everybody thinks because already she is close to that. Yeah, she has a bright future and for sure, she will be one of the best players in the world.”

The former world No 1 also had a word of warning for those piling the pressure on the Bromley teenager, adding: “Even if she is so young I think she feels the pressure, it’s normal, everybody does. You guys should enjoy her tennis results.”
Source: Read Full Article