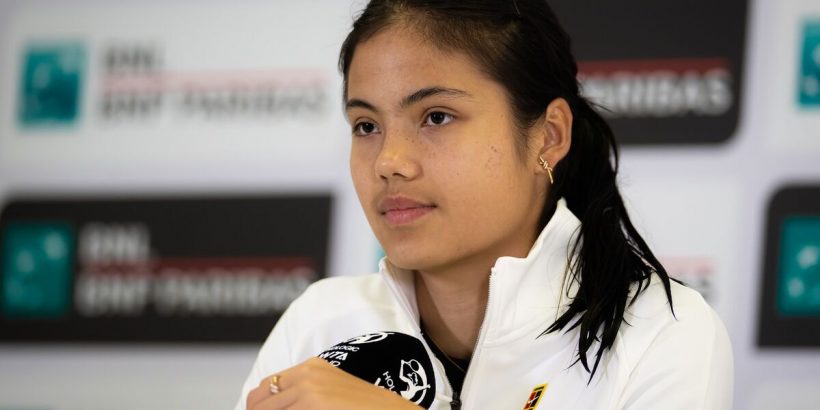 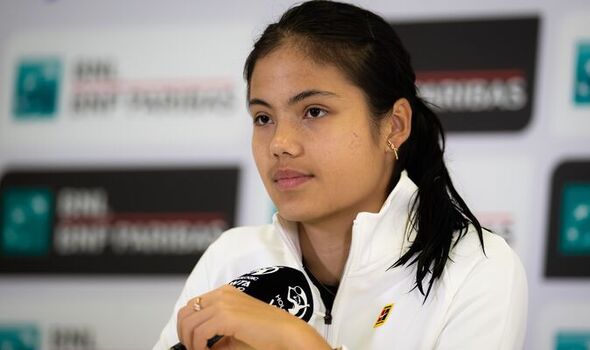 Emma Raducanu has raised concern over her French Open chances after retiring injured in her opening match at the Italian Open. The world No 11 has been dealing with a back issue which reached its worst point as she was forced to retire a set and break down to Bianc Andreescu in Tuesday’s match.

Raducanu has been dealing with back problems as her body adjusts to the demands of competing on the pro tour every week, and the injury seemed to reach boiling point on Tuesday as she told the physio she “couldn’t move” before retiring with Andreescu leading 6-2 2-1. The US Open champion has now shared her fears over the upcoming French Open, as she races to recover in time to make her debut in Paris.

“Obviously I would not want to miss the French Open,” the 19-year-old said after the disappointing end to her debut in Rome. “I mean, the whole clay season leads up to it.” Raducanu was hoping a break between now and the start of the clay-court Grand Slam on May 22 would be enough for her body to recover, but admitted she couldn’t continue to push it if she was still struggling.

“I think the last few weeks have been really positive. I’ve learnt a lot about myself and my game has definitely improved on this surface,” she continued. “But for sure I need to make sure my back is fully right, however long that takes. I need to just keep on it. I don’t want to play my next match with a feeling of limitation because I think that I learnt my lesson from this week, when to push, when not to push. Probably today wasn’t right.”

JUST IN: Wimbledon in crisis ‘as men’s stars push for punishment’ over ban

The Brit first dealt with a stiff back in Indian Wells and was again bothered by the issue in her quarter-final run in Stuttgart. Following her third-round loss to Anhelina Kalinina in Madrid last week, the world No 11 admitted she had given herself a “5 per cent chance” of winning the match going into it, as she was already hindered by the back injury.

Ahead of her campaign in Italy this week, she said she was “managing” the injury but was now glad to have some time off. “It’s just been four weeks of constant getting ready for the next match, recovering. I think that everything is just taking a toll. It’s probably just my body crying out, needs a little break,” Raducanu added.

And the Brit will surely want to be in fighting form when the grass-court season rolls around, as she will be defending ranking points for the first time following a breakthrough run to the round-of-16 at Wimbledon last year. The interest in the 19-year-old will also be higher than ever in her first professional matches on home soil since winning the US Open.

Raducanu is already confirmed for next month’s Rothesay Classic in Birmingham but some of the pressure will be taken off, with the Bromley local already having played a match at home since her US Open win, albeit an exhibition. The US Open champion had a ‘homecoming’ in the Royal Albert Hall last November, in which she beat Elena-Gabriela Ruse 6-3 7-6(3).