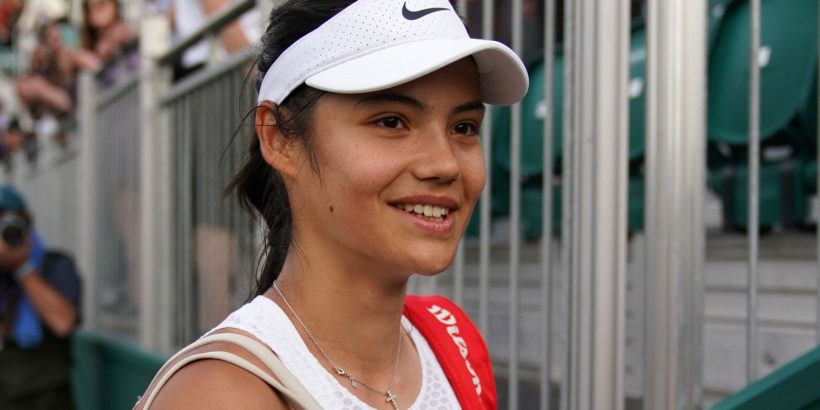 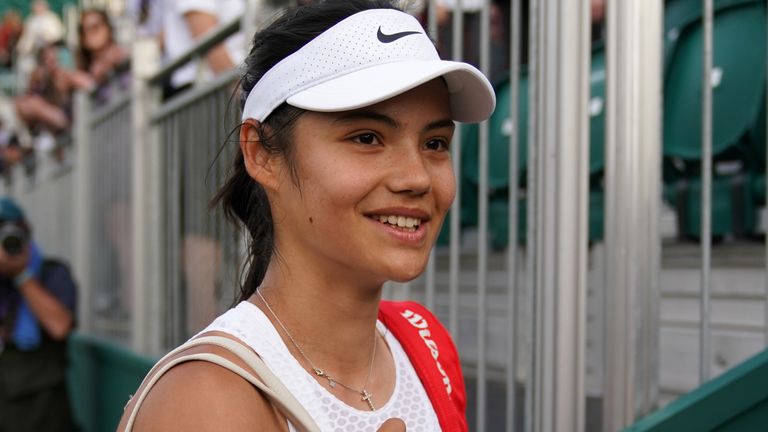 From sitting exams in maths and economics at school to a fairy-tale run at Wimbledon on her main draw debut, British teenager Emma Raducanu is on the road to a successful career.

Like Jack Draper, who also seized his moment to make a name for himself against Novak Djokovic on Monday, Raducanu has long been marked out as a potential star of the future.

Initially, she was only given a qualifying wild card to Wimbledon, but was upgraded after she put in strong performances on the grass in Nottingham, and the decision was fully vindicated as she marked her debut with victory over Vitalia Diatchenko.

Raducanu followed that up with a remarkable performance on Thursday night to beat 2019 French Open finalist Marketa Vondrousova in the second round. 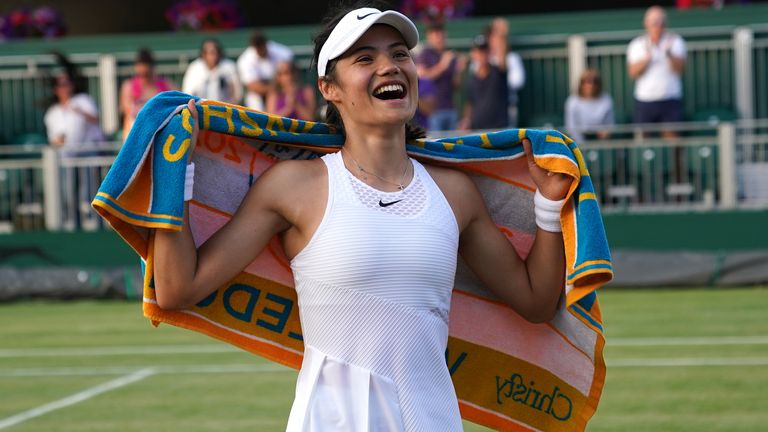 The world No 338 might have become the youngest British woman to reach round three since the late Elena Baltacha in 2002, but she has vowed to keep playing every point like it is her last when she tackles Romanian world No 44 Sorana
Cirstea next.

“Being someone who has not been able to compete much and who has always been held back by something, to be at the Championships I feel like I am on a holiday. It is unbelievable and I just want to stay here for as long as I can,” she said.

“Playing in front of a home crowd definitely helps. The support is so loud and they are so behind me. I am really grateful so I have that in the back of my mind.

“Also I was just thinking to play every point like it was my last and like it was match point or my last point at Wimbledon. I think that is also a trick I have been playing with myself.” 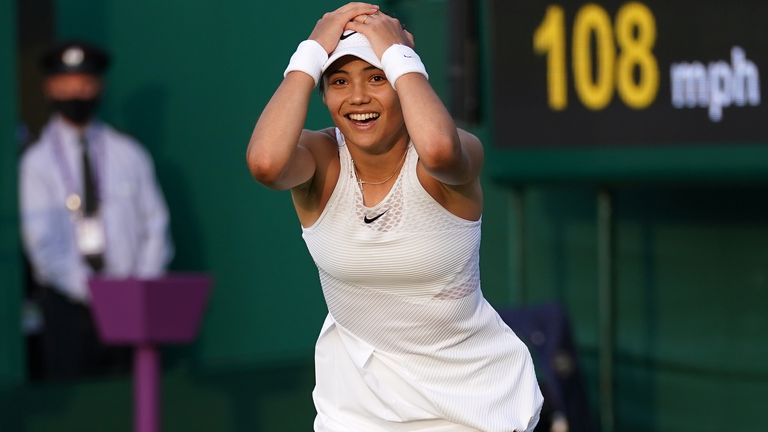 “I think my parents just think I’m crazy. I won’t accept anything less than an A star. I think that’s what people around me think about me.”

Emma Raducanu on her A-levels

Raducanu was born in Canada to a Romanian father and a Chinese mother before moving to the UK aged two. Her grandmother still lives in Bucharest where the teenager would visit a couple of times a year.

“I love the food, to be honest. I mean, the food is unbelievable. And my grandma’s cooking is also something special.”

Back in April she was sitting her A-levels in maths and economics at Newstead School in Orpington.

Her progress into the senior ranks has been stalled by injuries, the coronavirus pandemic, and the fact she stayed in school, but she has taken her chance at the All England Club this week.

Following her first-round win on Wednesday, Raducanu said: “I was actually sitting for an exam two months ago. So now to be here at Wimbledon is unbelievable, it’s surreal.

“Everyone thinks I’m absolutely fanatic about my school results. They think I have such an inflated ego about it. Actually, I would say I have high standards of myself. That’s helped me get to where I am in terms of tennis and also in terms of school results.”

She continued: “I think my parents just think I’m crazy. I won’t accept anything less than an A star. I think that’s what people around me think about me.

“I also feel like I have to live up to that expectation now. That’s why I also work so hard to try and get those grades. I’m not sure what I’m going to come back with, but I did my part, I did my best.”

Next up for Raducanu is a last-32 clash with Cirstea, who sent two-time Grand Slam champion Victoria Azarenka crashing out.

“I know she has done great things in her career and for me it is another match where I will go out there with nothing to lose again,” Raducanu said.

“I am really just here enjoying myself and trying to stay here for as long as I can. I think that is the motivation for me and I just go out there with nothing to lose.

“And the crowd has been so supportive, I just want to do them proud and everyone who has been supporting me for all these years.”