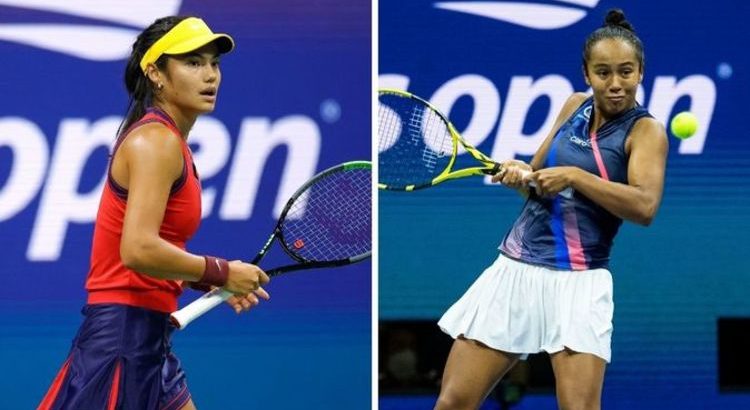 Emma Raducanu is bidding to become the first British woman in 44 years to win a Grand Slam title. The 18-year-old is a surprise finalist at the US Open, and the first-ever qualifier to make it to the title match at a Major. She faces fellow teenager Leylah Annie Fernandez in Saturday’s final, with the world No 73 also an unexpected contender for the title.

The US Open women’s final will see two teenagers face off for the first time since 1999, when a 17-year-old Serena Williams beat 18-year-old Martina Hingis to win her first of 23 Grand Slam titles.

Raducanu and Fernandez have both produced stunning performances to upset top players and make it to what is a maiden Grand Slam final for both players.

The final will be their first official meeting, though Raducanu was victorious during their second-round clash in the 2018 Wimbledon juniors competition, winning 6-2 6-4.

Ahead of the clash, Express Sport takes a look at their respective journeys to the final and how they match up, before the teens take to Arthue Ashe Stadium and compete for the title.

JUST IN: Djokovic explains why he’s ‘had enough’ of calendar Grand Slam talk

Career prize money to date (prior to US Open earnings):