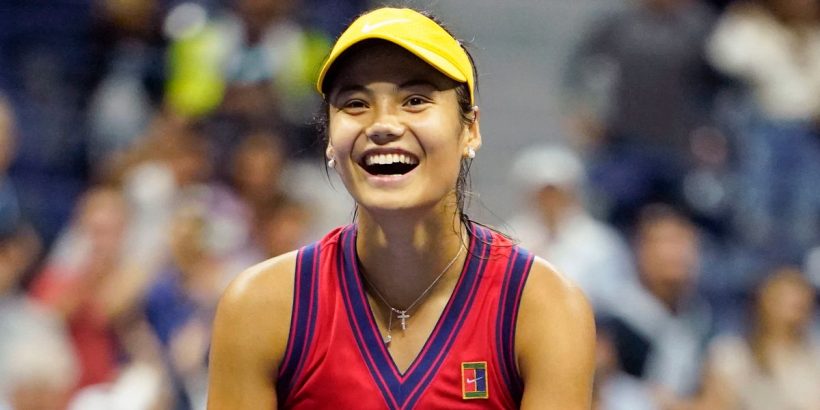 Emma Raducanu's US Open final against Leylah Fernandez will be broadcast live on Channel 4 on Saturday evening in a major boost for British tennis fans.

Amazon today announced that it will share its live coverage of the women’s singles final in the UK on both Prime Video and Channel 4. Raducanu, 18, is the first qualifier in history to reach this stage at Flushing Meadows and is aiming to become the first British woman to capture a Grand Slam since Virginia Wade won Wimbledon in 1977.

Her match with Canadian Fernandez, 19, also represents the first all-teenage final in a Slam since Serena Williams beat Martina Hingis at the same stage in 1999.

Prime had already agreed a deal with BBC Sport whereby the latter would show highlights of the final on Sunday, but Channel 4 have now seized the opportunity to share live coverage.

In a released statement, Amazon explained their decision and furthermore, promised to reinvest all funds raised from the deal back into the sport.

"Amazon today announced that it will share its live coverage of the US Open women’s singles final in the UK on both Prime Video and Channel 4, to give Emma Raducanu and British women’s tennis the highest level of exposure as the country prepares to come together to support the 18-year-old in a historic Grand Slam final this evening.

"Prime Video has significantly invested in tennis in the UK since 2018, following the deal for Prime Video to exclusively broadcast over 300 ATP and WTA World Tour events through to 2023.

"Today, Prime Video confirmed that it will increase that investment by reinvesting all fees from the agreement with Channel 4 into British women’s tennis to ensure that her success helps to develop the next generation of British female tennis players.

"This builds on Prime Video’s journey with Emma Raducanu, who won the Prime Video Future Talent Award at the age of 16 to support her own development from junior to professional tennis with both one-to-one coaching with Andy Murray and financial support on the amateur circuit."

Prime Video, and now Channel 4, which start at 8pm BST with pre-match build up from the Prime Video studio with Catherine Whitaker, Greg Rusedski, Daniela Hantuchova and Anne Keothavong.

The first serve is due to take place from 9pm with match commentary from Mark Petchey, Martina Navratilova, as well as Tim Henman courtside and Jim Courier providing analysis from Flushing Meadows.