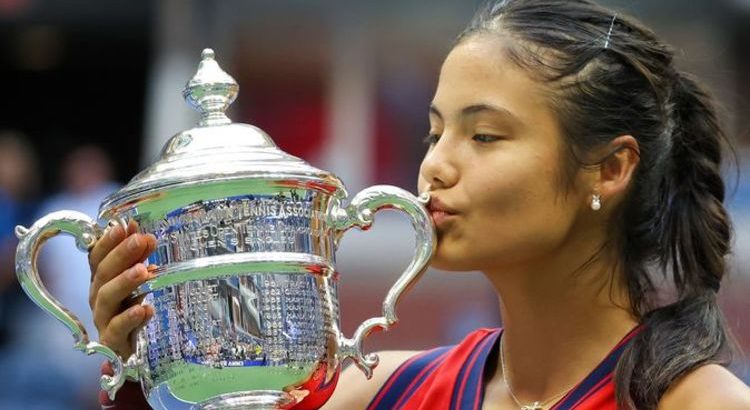 Emma Raducanu’s sensational US Open win has certainly shaken up the record books. The first qualifier in history to ever capture a Grand Slam, as well as becoming the first British woman to win at Flushing Meadows since 1968, have already cemented the 18-year-old’s place in tennis folklore. Furthermore, her remarkable run saw her become the first female player to win the US Open without dropping a set since Serena Williams in 2014, and her clash with Leylah Fernandez, 19, represented the first all-teenage final at a Slam since Williams took on Martina Hingis on the same stage in 1999.

However, it isn’t just on court where Raducanu has made history.

The exact figure is yet to be revealed, but the service later showed appreciaton to fans for tuning in.

“Thank you for joining us in witnessing a piece of British sporting history.”

JUST IN: Emma Raducanu is Britain’s new golden girl with fairytale and historic US Open triumph

Back in April 2018, Amazon struck a five-year deal worth £30m for the exclusive UK TV rights to the US Open tournament.

However, the company won favour with British tennis fans on Saturday by announcing they had agreed a deal with Channel 4 to allow the free-to-air station to share its live coverage of the woman’s final. This came after they had agreed a highlights deal with BBC Sport for a programme that will air on Sunday afternoon.

And in a released statement, Amazon pledged to reinvest all fees from the Channel 4 agreement back into the sport.

“Today, Prime Video confirmed that it will increase that investment by reinvesting all fees from the agreement with Channel 4 into British women’s tennis to ensure that her success helps to develop the next generation of British female tennis players.”

The move wasn’t unprecedented, with late deals to allow one-off sporting events to be broadcast free-to-air in the UK becoming more common.

In 2019, the BBC shared coverage of the Cricket World Cup final with Sky Sports and Channel 4 themselves broadcast live coverage of England’s recent Test series against India.

“Emma’s meteoric rise to secure a place in the US Open Final is just sensational,” their chief content officer Ian Katz said after the deal was announced.