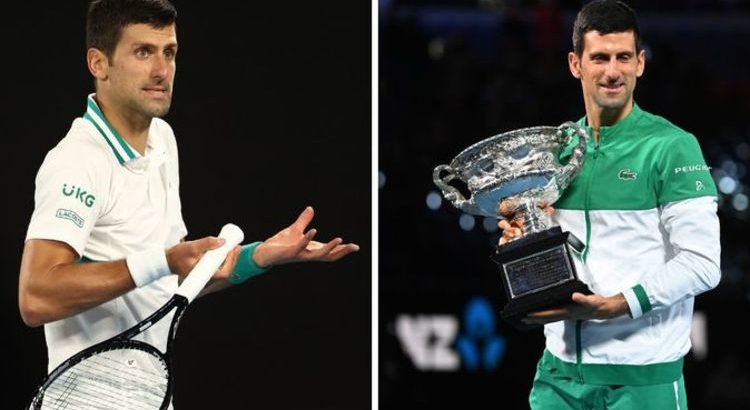 Novak Djokovic has been in doubt to play the 2022 Australian Open for several months. Government officials had been pushing for a vaccine mandate, and the tournament director has since confirmed that all players would need to be fully vaccinated in order to compete. A nine-time champion at the event, Djokovic has previously questioned whether he would compete as he refuses to disclose his vaccination status and is yet to make a final decision.

Djokovic’s Australian Open chances remain in doubt, with the tournament set to begin next month.

The world No 1 is yet to reveal whether or not he will be travelling to Melbourne to compete for a record 21st major title, after organisers confirmed vaccination would be mandatory for all players.

Government ministers and the Victorian Premier had been pushing for mandatory vaccinations for several months, and tournament director Craig Tiley confirmed on Saturday December 20 that unvaccinated players would be barred from competition, with no exceptions.

Tiley, the head of Tennis Australia, also confirmed he had spoken with Djokovic and his team to make them fully aware of the rule.

JUST IN: Medvedev recovers from strange match to win Davis Cup for Russia

However, the 20-time Grand Slam champion is yet to confirm whether or not he will look to defend his Australian Open crown come January, as all signs have previously pointed to Djokovic not being vaccinated.

Back in April, long before there was a potential threat of mandatory vaccines at the Australian Open, the Serb shared his disapproval of the idea when asked whether a vaccine mandate could become a possibility on the tennis tour.

“I don’t think it’ll come to that. I hope not, because I’ve always believed in freedom of choice,” Djokovic told reporters cutting the clay-court season.

Once Australian government officials began discussing the prospect of mandatory vaccinations at the season-opening Grand Slam, the 86-time ATP title winner immediately cast doubt over his appearance and told Serbian reporters he was unhappy with the idea.

“I don’t know if I’m going to Australia, I don’t know what’s going on. Currently, the situation is not good at all,” he told Serbian newspaper Blic in October.

“The media has become… I have no word how to describe it. It spreads fear and panic among people and I don’t want to participate in that rift. I feel that everyone is hostile. I don’t want to give them a reason to write some things about me.

“I have my opinion and it has always been the same. I will not reveal my status whether I have been vaccinated or not.”

Djokovic, who has won the last three editions of the Australian Open, also said his doubts came from a sporting perspective, adding: “I’m telling you from the sporting point of view, I don’t know if I’ll go.”

The Serb then played his first tournament since the possibility of a vaccine mandate had come to light at last month’s Paris Masters, but said he would not comment on the matter again until a final decision was announced by tournament organisers.

“I’m going to decide on whether I go to Australia or not after I see the official statement from Tennis Australia,” he said, speaking ahead of the tournament before he went on to win a record 37th Masters 1000 title

Right now, we don’t have any official announcement or statement, so until that’s out, I won’t be talking about this anymore because I don’t want to be part of the stories about the assumptions and what-ifs.

“When official condition requirements to travel to Australia and play in Australia are out, then obviously I’ll see what I personally do with that, and also the bigger group of the players, you know, because the situation is obviously different in Australia than most parts of the world.”

He was asked for his decision after Tiley confirmed vaccines would be mandatory, during his post-match press conference at the ATP Finals where his season ended with a semi-final loss to Alexander Zverev, but despite saying his decision would come after the announcement, Djokovic remained coy.

“We’ll see. I haven’t been talking to them [Tennis Australia], to be honest. I was just waiting to hear what the news is going to be. Now that I know, we’ll just have to wait and see,” he said, following his final ATP Tour match of the 2021 season.

Djokovic has since had one more opportunity to tell the press whether he would be competing for a 10th Australian Open title and although he refused to give an answer, said his decision would come “very soon”.

The world No 1 was part of the Serbian team in this week’s Davis Cup Finals, making it all the way to the semi-final before losing the decisive doubles rubber to Croatia, and after the tie addressed the situation in his team’s post-match press conference.

After he and Filip Krajinovic fell to Croatia’s world No 1 pair of Nikola Mektic and Mate Pavic, Djokovic told reporters: “I understand you want some answers on where I start the season, how I start it. I’m really, really tired from this season and this whole year, so I just prefer sticking to the family quality time, rehab mode, then let’s see what the future brings.