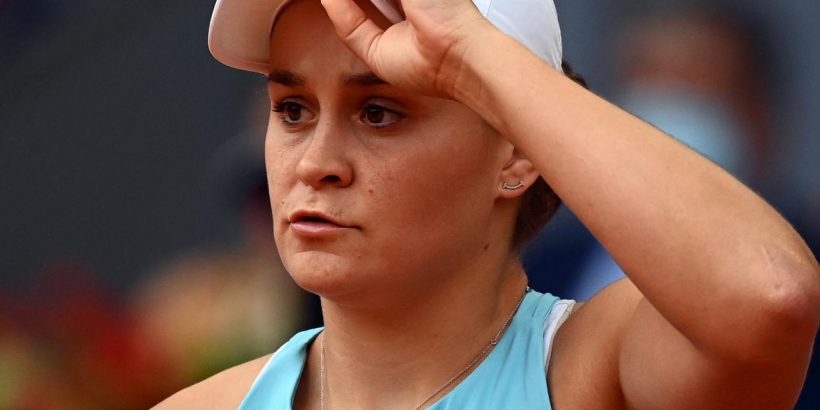 For the third time in three weeks, Ash Barty is on a collision course with new rival Aryna Sabalenka.

The Aussie champion has been on a hot streak to start the European clay court season with a 9-1 record that includes her victory at last month’s Porsche Tennis Grand Prix in Stuttgart.

However, she was stunned by a red-hot Sabalenka in the final of the Madrid Open on Sunday morning (AEST). It was sweet revenge for the Belarusian after she was beaten by Barty in the final in Stuttgart two weeks ago.

Now, the pair have been drawn for another face off at the Italian Open this week, where they are due to meet in the quarter-finals as the No. 1 and No. 7 seeds. The draw was conducted before Sabalenka’s ranking was officially moved up to world No. 4 this week.

Barty, 25, has played 14 games in 18 days — including four doubles matches — and admits she is fatigued as a result of the match practice she is receiving ahead of the French Open, beginning May 30.

“Playing a lot of matches is a good problem to have. I feel great,” Barty said after the final in Madrid.

“I think any time you can play a lot of matches and a lot of tennis, it means you’re putting yourself out there over and over again.

“Of course, there was a little bit of fatigue. Aryna also played a lot of tennis. There wasn’t much physically in it. It was more she was able to take her opportunity at the end.”

Ash Barty has been all over the clay. AFP.Source:AFP

While Barty will never look past the opening rounds of a draw, she has been asked for her opinion on meeting Sabalenka yet again this week.

Barty has a 2-1 record against Sabalenka this year, but their career head to head record is tied up 4-4.

“All of our matches are always close. There’s always just a couple of points, a couple of games,” Barty said.

“It’s always a very fine line against the best players in the world that you have to kind of tread. Sometimes you have to take that risk, other times they’re going to find a way to win the match.

“That’s the beauty of our sport. Every time you step on the court, there’s an uncertainty.

“You go out there and you just try your best on that given day. If it’s enough, it’s enough. If it’s not, that’s all right as well.”

Barty is scheduled to meet Sofia Kenin in the semi-finals and Naomi Osaka in the final.

The field includes a blockbuster likely match between Naomi Osaka and Serena Williams with Williams making her return to the WTA Tour for the first time since losing to Osaka at the Australian Open.