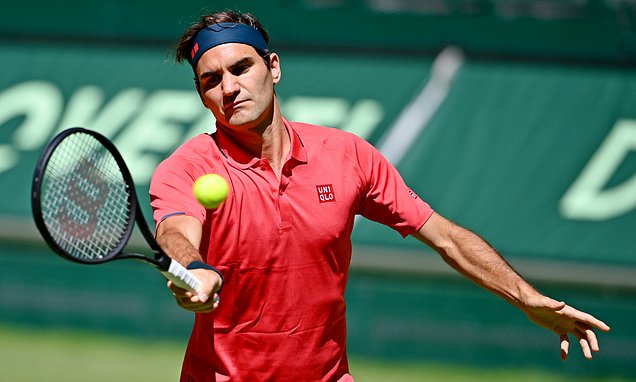 As he prepares for his 22nd Wimbledon, Roger Federer reveals he thought he would have retired five years ago with Pete Sampras having told him to quit at the age of 33

Roger Federer is playing his 22nd Wimbledon main draw this week and has become used to it being a family affair.

His fortnight normally involves renting a couple of houses on a quiet road in close-by Wimbledon village, one for his family and another for his tennis and wider support staff.

Even in his 40th year, there are new experiences and this Championships is something entirely different. Nobody is staying privately, instead there is a long commute to Westminster where all participants are together in a hotel bubble. 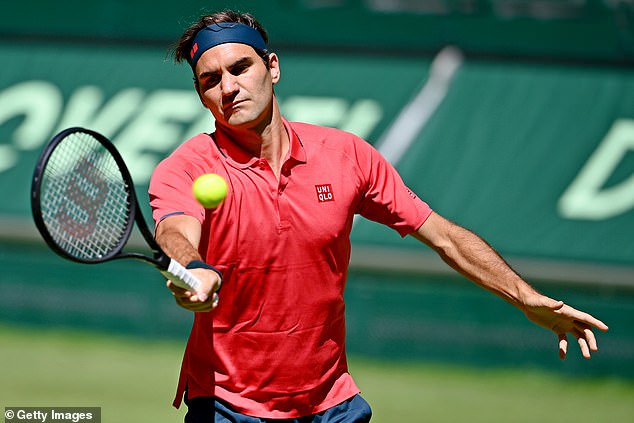 He is staying there with his coach and physio, while his agent has got in, too. This time there will be no unwinding after a match by playing with his four children.

‘It does feel totally different to the last 20 years I’ve been coming here,’ he said. ‘We would arrive with the family, kids would be running everywhere. We organised the grocery shopping, get the house set up and all that stuff. Here we’re just with the team.

‘Living the bubble life is different. It took some getting used to for the first day or two, understanding where we’re allowed to go, what we’re allowed to do — same thing with the on-site protocols. By now I’ve got used to it. I’m embracing it.

‘I still feel a privilege that I’m actually able to play Wimbledon. If I look back at everything that I went through for the last year and a bit with the knee injury, also with the pandemic, it’s great Wimbledon is back on. I’m happy I’m here. Wimbledon tries to put on the best bubble possible.’ 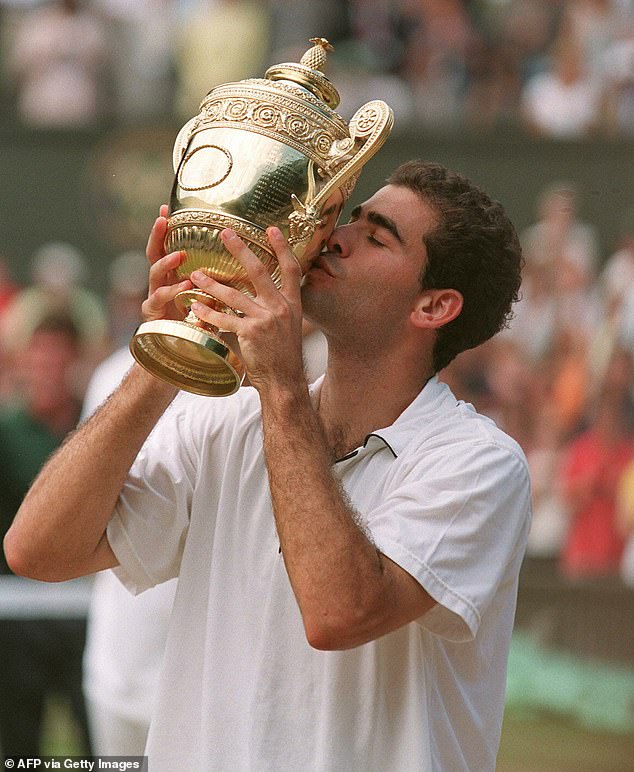 In a conversation ten years ago, Pete Sampras suggested that Federer should retire aged 33

There is no doubt the huge demands placed by the Government this year have stretched the All England Club and it is not in its usual state of pristine readiness.

The organisation is fraying in places, but Federer has seen it all before and is unfazed. His main concern has been to turn around the form that saw him lose early at the ATP event in Halle, Germany, two weeks ago. He was so furious with the way he lost the deciding set against 20-year-old Canadian Felix Auger-Aliassime that he took several hours to compose himself before facing the media.

‘I had a mental moment where I was not happy with how things were going in the match. That feeling when things derail, let’s say, mentally for me. There’s ways to lose and a standard I set for myself.

‘If I look back at how many years this has not happened to me, I guess I can be very proud of myself. It reminds me more of the junior times at the beginning of my career, where all of a sudden you just don’t see the positivity any more.

‘Maybe it’s also part of the comeback and there were very few fans.

‘The good thing now is I know it will not happen here because I’m ready, I’m excited, I’m pumped up. I know I can do so much better.’

Federer was born a few weeks before another great player who is approaching the end — Serena Williams.

In reflective mood, he considered what has kept them both going until their 40th birthdays later this summer. 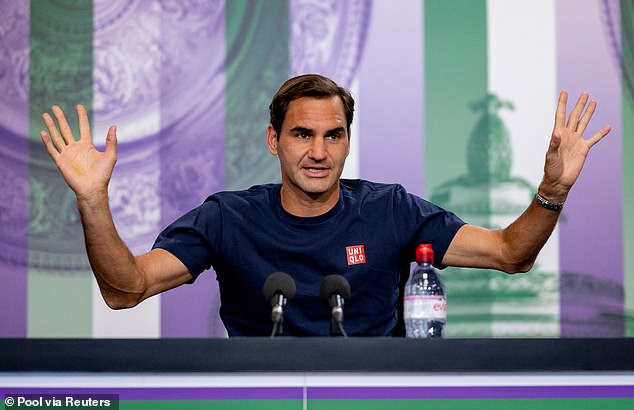 ‘You would think we found ways to keep ourselves happy, motivated and entertained, not let the negatives dominate our daily struggles and things we’re going through.

‘Also now with the family, all of that is very important I think. When you have family, it’s much easier to walk away from it all. Everybody goes through ups and downs.

‘Our careers have been very much ups for a long time.

‘At the same time, only the best is sort of good enough for us. We also put a lot of pressure on ourselves.

‘Truthfully, I don’t think my goal was to play till 39 or 40 or more. It was maybe more like 35. Borg retired early. Agassi played a bit longer. Edberg and Becker and Pistol (Pete Sampras), they were all retiring earlier.

‘I remember a conversation with Pistol 10 years ago. He was wondering how much longer I had in the tank. This was when I was just hitting 30.

‘He was thinking I was coming towards the end just because for him it was normal — at 31 to 33, with the career that we’ve had, all the sacrifice in a way you have to go through — that it’s hard to keep on pushing for more years on tour.

‘I think I made the most of it. I enjoyed my travels, made it fun with my wife Mirka and the family and the team. I persevered somehow.

‘No, the goal was not to play until 40. This all mainly came in the last years.

‘I never thought with the later surgeries I’ve had I would still be going. I will see about the results and if they’re going to come back. This is why Wimbledon is clearly very important to me right now.’ 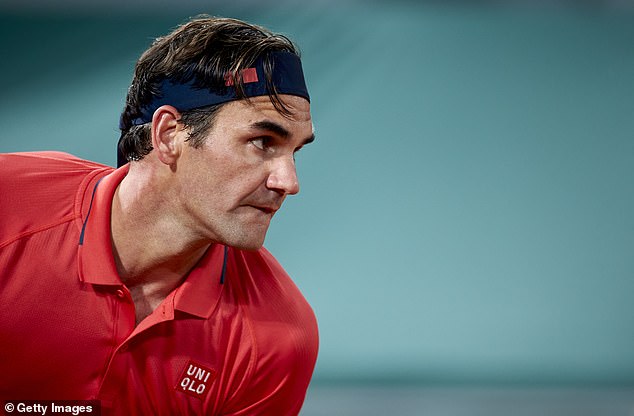 An acknowledgement of his gathering years is that Federer is still not prepared to commit to the Olympic Games.

‘We decided we’re going to reassess the situation after Wimbledon. If I play really good here or really bad, I think it has an impact on how everything might look for the summer.

‘In previous years it was definitely easier.

‘At the moment things are not as simple as in the past. With age you have to be more selective, you can’t play it all.’