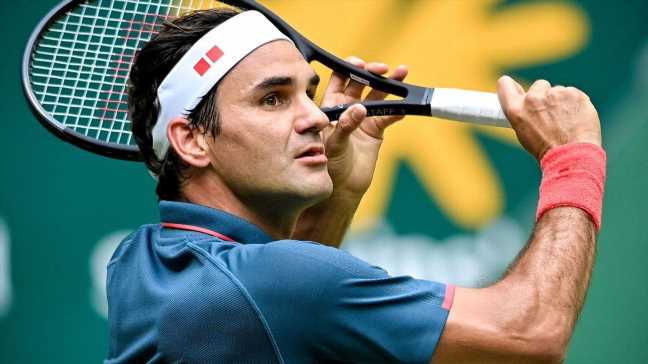 Roger Federer says he will make a final decision on whether to play in this summer’s Olympics only after he sees how he performs at Wimbledon.

“With the team we decided we’re going to reassess the situation after Wimbledon because…obviously if I play really good here or really bad, I think it has an impact on how everything might look in the summer,” he told reporters at Wimbledon Saturday.

“Still my feeling is I would like to go to the Olympics. I would like to play as many tournaments as possible. But I think we decided now let’s just get through Wimbledon, sit down as a team, and then decide where we go from there.

“I wish I could tell you more. In previous years it was definitely easier. At the moment things are not as simple as in the past. With age you have to be more selective. You can’t play it all. I will know in a few weeks.”

The 39-year-old only returned to the ATP Tour in March after 13 months — and two knee operations — and has played only four tournaments in the build-up to Wimbledon, including just two matches on grass.

In Halle, Federer admitted he had struggled mentally as he lost his way in a defeat to Felix Auger-Aliassime of Canada, but said he was ready to go.

“The good thing now looking back is I know it will not happen here because I’m ready, I’m excited, I’m pumped up,” he said. “I know I can do so much better.

“I think I’ve got to take the positives out of these last few weeks that I’m actually here at Wimbledon right now and I have a chance.

“I know if I get rolling, I get into the second week, which is the goal here right now, that I get stronger and stronger as every match goes by, I believe it’s very much possible.”