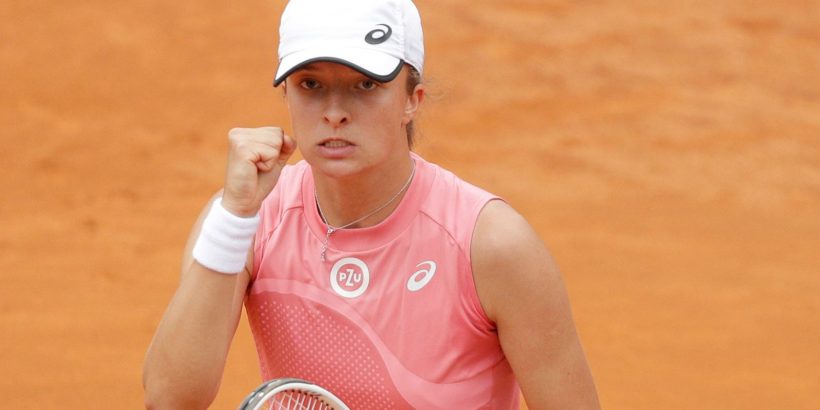 Iga Swiatek remains on course to retain her French Open title after breezing into the last 16 with an impressive straight-sets victory over 30th seed Anett Kontaveit.

Kontaveit had won the pair’s previous two meetings and she made a blistering start to proceedings on Court Philippe Chatrier, although Swiatek weathered the storm magnificently.

The 20-year-old was the epitome of composure throughout; nullifying Kontaveit’s heavy artillery by winning 11 of the final 13 games to record a 7-6 6-0 win in 1 hour and 24 minutes. 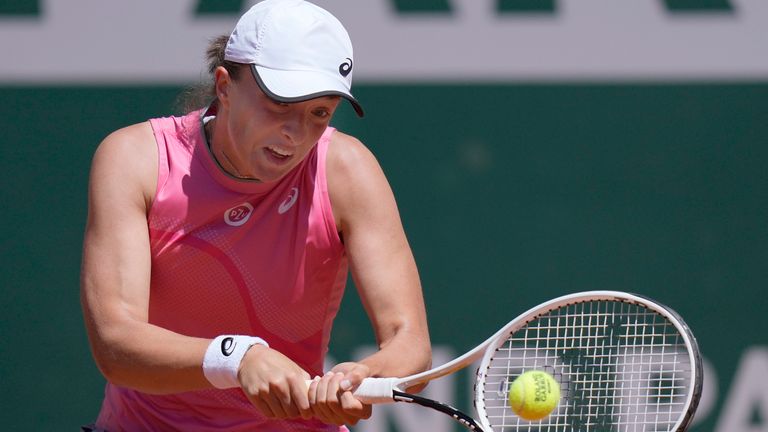 The defending champion recovered from a break down to clinch a captivating opening set in a tie-breaker, despite the Estonian registering 23 winners and just 11 unforced errors.

Yet while the first set was a highly-competitive affair, the second was a procession. Swiatek’s remarkable rearguard left Kontaveit visibly deflated, and the eighth seed made the solitary unforced error in set two as she sealed the deal in style.

The prodigiously talented Pole has incredibly now won 20 consecutive sets at Roland Garros, and her reward is a last-16 showdown against 18-year-old Marta Kostyuk.

Kostyuk is the youngest woman from Ukraine to reach the fourth round of a Grand Slam, following an emphatic 6-1 6-2 win over Russia’s Varvara Gracheva. Earlier in the day, fifth seed Elina Svitolina became the seventh top-10 player to exit in the women’s draw, succumbing in straight sets to Barbora Krejcikova in round three.

The 25-year-old – who boasts two Grand Slam doubles titles on her résumé – prevailed in a hard-fought opening set featuring a 21-minute hold of serve, which gave her the impetus to wrap up a landmark victory.

She will now face 2018 finalist Sloane Stephens, who continued her impressive run at Roland Garros by dumping out 18th seed Karolina Muchova in straight sets. 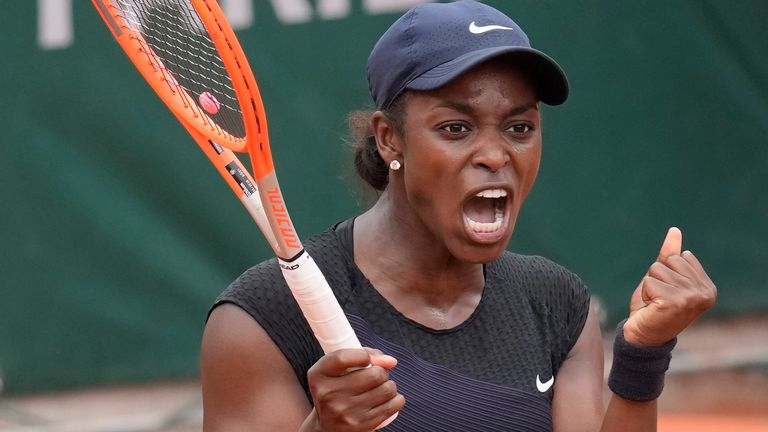 Having accounted for ninth seed Karolina Pliskova in round two, Stephens claimed a second consecutive Czech scalp, as she bids to reach the quarter-finals on the Parisian clay for the third time in four years.

The world No 59 was imperious in the serving department, landing 84 per cent of her first serves to close out a 6-3 7-5 victory in 1 hour and 56 minutes.

However, last year’s finalist Sofia Kenin avoided becoming yet another high-profile casualty, recovering from a set down to defeat her fellow American Jessica Pegula in an absorbing three-set affair. 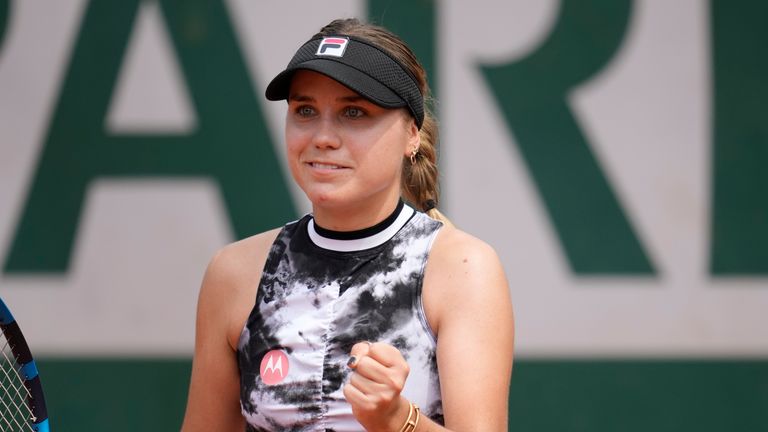 Kenin squandered a 3-0 advantage in the opening set, although she delivered an impressive riposte in set two – conceding the solitary game as she dominated proceedings with some blistering groundstrokes.

The fourth seed registered 10 double faults in a rollercoaster contest, but after breaking Pegula twice in the opening three games of the deciding set, she maintained her composure to continue her bid for a second Grand Slam title.

Kenin will meet Greece’s Maria Sakkari for a spot in the last eight, after the 17th seed battled past world No 14 Elise Mertens in three sets, to preserve her hopes of reaching a maiden Grand Slam quarter-final.

Elsewhere, Tunisia’s Ons Jabeur is through to the fourth round for a second straight year after battling past Poland’s Magda Linette in three sets, and she will face the winner of the all-American clash between Coco Gauff and Jennifer Brady.