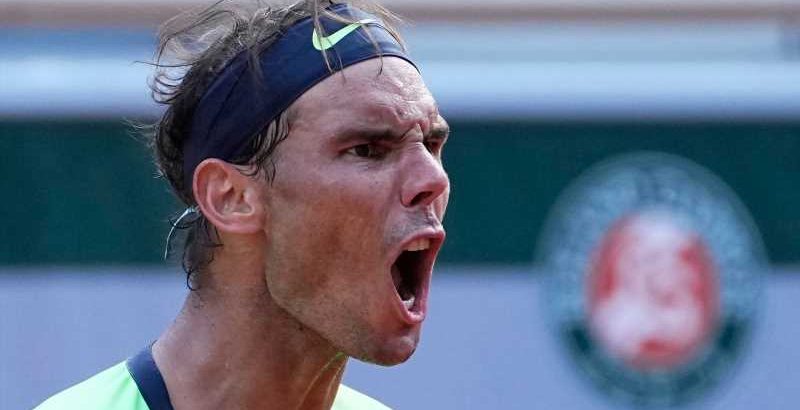 Rafael Nadal continued his bid for a record-extending 14th French Open title with a thrilling four-set victory over Diego Schwartzman in the quarter-finals.

In a repeat of last year’s semi-final, Schwartzman performed magnificently to end Nadal’s run of 36 consecutive sets at Roland Garros, but the irrepressible Spaniard rose to the challenge to book his place in Friday’s semi-finals.

The capacity on a sun-bathed Court Philippe-Chatrier was extended to 5,000 fans for the first time this fortnight, and they were treated to a high-octane affair, which saw Nadal prevail 6-3 4-6 6-4 6-0 in two hours and 48 minutes.

Having advanced to the quarter-finals without dropping a set, midway through set three, Schwartzman was threatening a monumental upset against ‘The King of Clay’, who had lost just two of his 106 appearances on the iconic red dirt.

Nevertheless, in the face of adversity, Nadal found another level to maintain his pursuit of a record 21st Grand Slam title; extending his winning run at the French Open to 35 matches in the process.

Next up for the 13-time champion is a showdown against either world No 1 Novak Djokovic or ninth seed Matteo Berrettini, but when Nadal has progressed to the semi-finals in Paris, he’s never failed to lift the title.