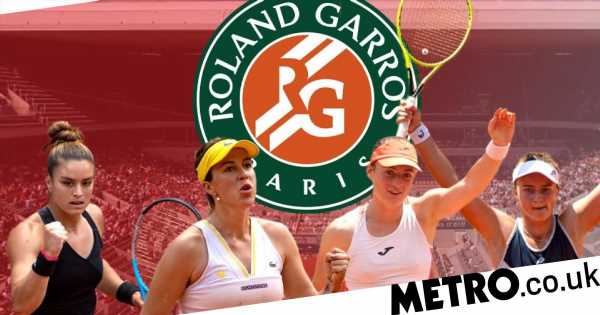 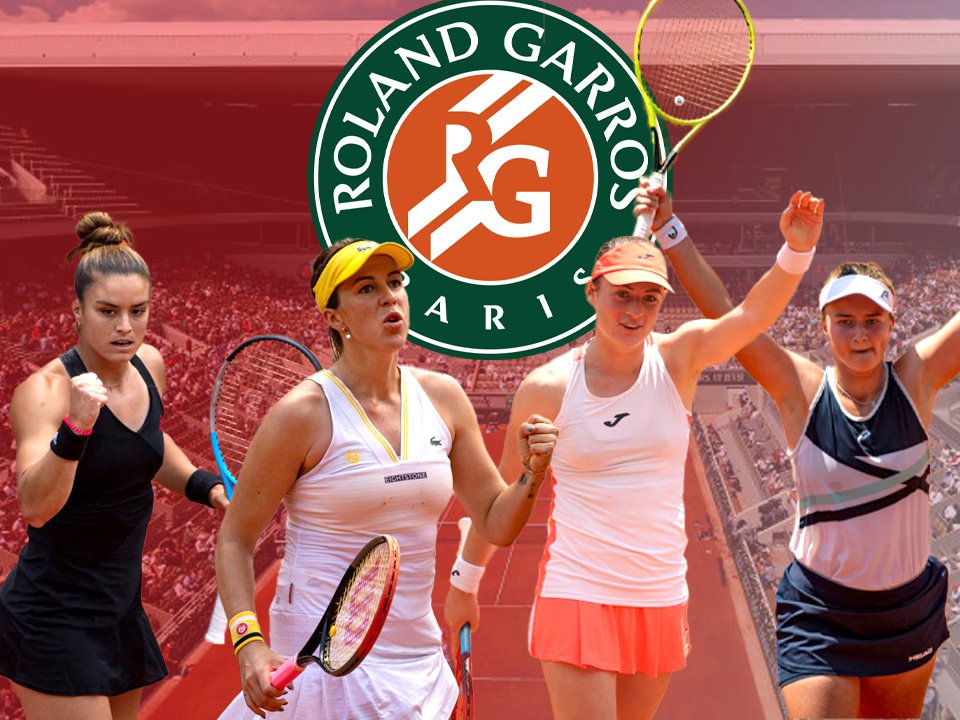 Few, if any, would have predicted this semi-finals line-up.

For just the second time in the Open Era – and first since the 1978 Australian Open – there are four first-time Grand Slam semi-finalists in the women’s draw.

But one of Maria Sakkari, Barbora Krejcikova, Anastasia Pavluychenkova and Tamara Zidansek will leave the French Open as champion.

Since 2012, there had been just one fourth round appearance between them at Roland Garros prior to this event. None will ever get a better chance to win a Grand Slam title.

Only two, Sakkari and Pavlyuchenkova, were seeded and neither were top-16 seeds. Each of the four players has knocked out at least one former Grand Slam champion.

Here we take a look at this remarkable – and totally unpredictable – semi-finals line-up and attempt to predict who will reach Saturday’s final.

For Pavlyuchenkova, this moment must have felt like it would never come. Once a junior world No. 1, she had lost in six previous Slam singles quarter-finals as well as five in doubles. Turning 30 next month, you could forgive the Russian for thinking her chances had come and gone.

The world No. 32, who has won 12 tour-level titles in a career where her ranking has peaked at No. 13, had shown she was capable of stringing a decent run together on the clay in Madrid, reaching the semi-finals, but few would have picked her as a genuine contender in Paris.

Three-set wins over Aryna Sabalenka, the world No. 3 from Belarus, and Victoria Azarenka – Sabalenka’s compatriot who has two Grand Slam titles to her name – stand out above the rest but a 9-7 deciding set win over Elena Rybakina, who knocked out Serena Williams, in the quarter-finals required great mental fortitude.

The same can be said for her semi-final opponent’s quarter-final win. Zidansek had to adapt and readjust after throwing away a set-and-a-break lead against heavy favourite Paula Badosa before clinching the decider 8-6.

Zidansek, the world No. 85 from Slovenia, had taken out the sixth seed and former US Open champion Bianca Andreescu in the opening round – the first top-10 win over her career – and hasn’t looked back since.

Her place in the semi-finals is arguably the most surprising. Prior to this event Zidansek – the first woman from her country to reach the semi-finals of a major – had never been past the second round of a Slam.

But she boasts a meaty forehand and a lot of heart. The youngest player in the women’s draw may yet spring the biggest shock of all.

What have they said?

Pavlyuchenkova: ‘When I’m on the court, I’m doing my job and I fight, and I want to kill my opponent every time I play. So that’s the difference.

‘I think I have always had the game. I have always played good. It’s just my mental wasn’t there. I wasn’t fit enough and mentally maybe not strong enough, where I’m working on this aspect, working with a sports psychologist now quite recent, and already I feel like it’s starting to pay off.’

Zidansek: ‘Winning the first round was a big breakthrough for me. I got a lot of confidence from that. I mean, before the tournament I was feeling really good. I was playing good, especially on clay. Had some good matches.

‘So, yeah, when it started to click? I don’t know. I just kept going match by match. Every day is a chapter for itself, you know. I’m just gonna keep doing that and hope for the best.’

Prediction: This is new territory for all but Pavlyuchenkova does at least have tour-level experience of winning titles. Experience has counted for little in this tournament but at this stage it may prove enough. Expect nerves, expect big swings but I’m tipping the Russian to reach a first major final. Pavlyuchenkova in 2.

Greece are the only country to boast two French Open semi-finalists, with Maria Sakkari joining her compatriot Stefanos Tsitsipas – who faces Alexander Zverev next – in the final four of the singles.

Unlike Tsitsipas – who would likely still have to go through 13-time champion Rafael Nadal to win the title – Sakkari, 25, arrives into the semi-finals as the tournament favourite.

That’s arguably not a particularly enviable position given the fates of the other major stars of the draw but Sakkari’s form, particularly in the most recent two rounds, suggests she is ready to grasp her chance.

She followed up a crushing 6-1 6-3 win over last season’s runner-up Sofia Kenin with a straight sets victory against defending champion Iga Swiatek – who was the heavy tournament favourite.

But Sakkari, the 17th seed, will do well not to underestimate her opponent. Krejcikova, the world No. 33, had picked up a title in Strasborg ahead of this tournament, building on her run to the fourth round in the 2020 French Open.

Her win in Strasborg was the first title of her career in singles, although she has picked up two Slams in women’s doubles and three in mixed.

Former US Open champion and French Open runner-up Sloane Stephens, fifth seed Elina Svitolina and American prodigy Coco Gauff were among the casualties of her remarkable run and Sakkari will have to guard against becoming the latest much-fancied player to lose to the Czech.

What have they said?

Sakkari: ‘I don’t want to get too excited because I don’t have a day off tomorrow. I still have to play, stay focused.

‘But it’s a big achievement, for sure. I’m enjoying, as I said on court, my tennis and myself. I have people around me telling it was going to come. You know, they were right. Maybe I was the one who was telling them, I was impatient, telling them, When and when and when? It actually came this week, so I’m happy about it.’

Krejcikova: ‘There are also other things in the world that actually are happening, are just more tougher and more difficult than just me playing tennis and losing or me just playing tennis.

‘There was also another things that it just got to my mind. I’m like, Well, I go and I play tennis and I lose, but there are actually people that are losing their lives. I just felt more like, Well, just relax because you are healthy. Just appreciate this and just enjoy the game. You can do something what maybe other people would like to do as well but they cannot. I think I just had a really good approach to this.’

Prediction: The winner of this match will likely be considered the favourite for the title and both have shown they can both hold their nerve and produce the required quality to secure big match wins this week. But Sakkari’s win over Swiatek in the quarter-finals felt a real coming of age moment. This title is hers to lose. Sakkari in 3.