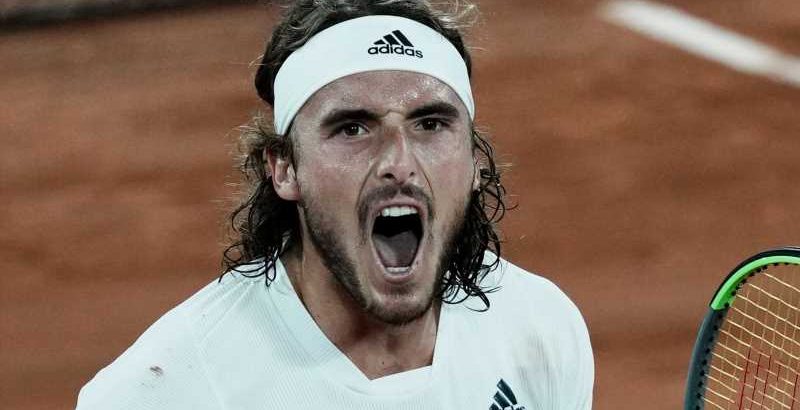 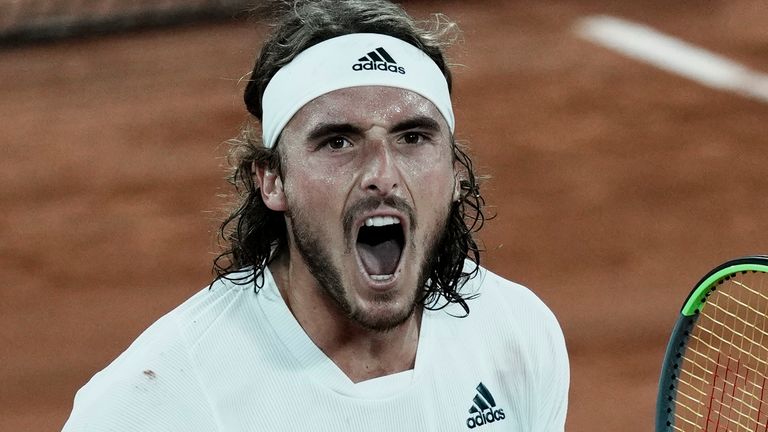 Stefanos Tsitsipas made history by becoming the first player from Greece – male or female – to reach a Grand Slam final as he held off Alexander Zverev in a five-set thriller in the French Open at Roland Garros.

It took him five match points but Tsitsipas managed to get over the line to extend his winning record over the German to 6-2 as he reached his maiden Grand Slam final at the fourth attempt, having lost his previous three semi-finals.

World No 5 Tsitsipas has been the man in form on clay, having won more matches than any other player in 2021, collecting his first Masters 1000 title in Monte Carlo before winning in Lyon.

He will now prepare for an even greater test against 13-time champion Rafael Nadal or world No 1 Novak Djokovic in Sunday’s final.

🇬🇷 @steftsitsipas is projected to reach a career-high FedEx ATP Ranking of No. 4 on Monday. pic.twitter.com/lPh1gyBFJu

The tension is real 😬#RolandGarros pic.twitter.com/uWXMQxsrEA

“It was nerve-racking, it was so intense. Fifth set, first game, I think it was the most important game of the fifth set. I came back, I stayed alive. I had the crowd with me. They were cheering me on, they were giving me their energy.

“It was very difficult, very emotional. I went through a lot of phases of emotional breakdowns but this win means a lot. This win is the most important one of my career so far.”