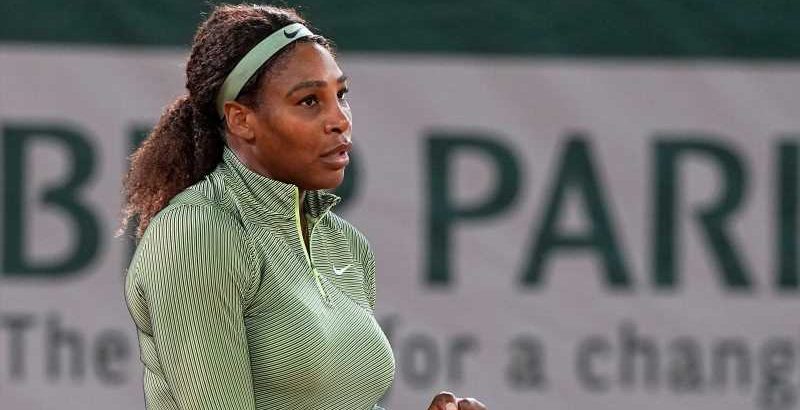 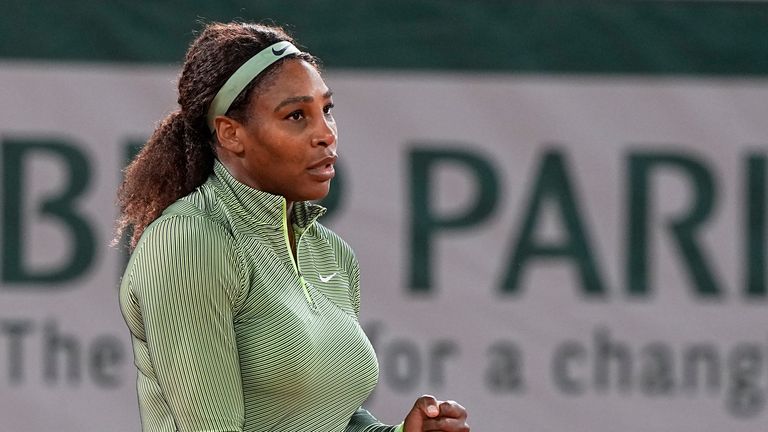 Three-time champion Serena Williams was stunned by 21st seed Elena Rybakina in the last 16 at Roland Garros, as the American’s bid for a record-equalling 24th Grand Slam singles title was curtailed in straight sets on Court Philippe Chatrier.

Williams was one of just three top-10 players left in the women’s draw, but the wait to equal Margaret Court’s record haul continues after she was denied a first Paris quarter-final since 2015.

The 21-year-old Rybakina – featuring in her first last-16 encounter at a major tournament – outclassed the seventh seed to complete an impressive 6-3 7-5 victory in 77 minutes, which guarantees a new Grand Slam finalist from the bottom half of the draw. 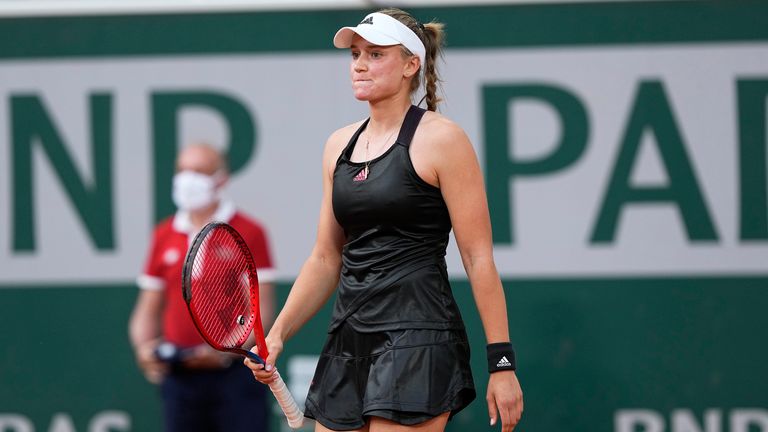 Rybakina was touted as a dangerous opponent, and she exhibited the form that catapulted her to four WTA singles finals and a Top 20 ranking in the first two months of 2020; producing a nerveless display to secure the biggest win of her career.

It took until the fourth game for a player to make any inroads against serve, but Rybakina produced a brace of forehand winners to strike an early blow.

Williams retrieved the break and appeared poised to level the set at four apiece, but the three-time champion was punished for missing a regulation forehand at 30-30, as Rybakina restored her buffer with another winner.

The talented youngster from Kazakhstan registered four double faults in the opening set, but it proved immaterial as she kept her nerve to close it out 6-3, before she tightened her grip on proceedings with an immediate break in the second. Williams’ response was emphatic. The American icon conjured up four consecutive winners – sparking a sequence of nine straight points – but Rybakina refused to relent, regaining the initiative with another break to lead 4-3.

The 23-time Grand Slam champion threw her arms up in exasperation at her opponent’s relentless hitting, but once again she delivered an instant riposte, attacking the Kazakh’s second serve to prolong the drama.

Nevertheless, Rybakina continued to probe; capitalising on a first double fault from Serena to break to love in the 11th game, unleashing a series of blistering groundstrokes to move to the cusp of a landmark victory.

The 39-year-old displayed glimpses of her destructive best early in set two, yet she was largely nullified by Rybakina, who recorded 21 winners to advance to the last eight without relinquishing a set. Rybakina will now play Anastasia Pavlyuchenkova, who advanced to the quarter-finals for the first time in a decade after coming from behind to defeat 15th seed Victoria Azarenka.

Following her stunning win over third seed Aryna Sabalenka in round three, the Russian defied the odds once more on Court Philippe Chatrier, recovering from a set down to defeat the former Australian Open champion 5-7 6-3 6-2.

The 29-year-old Russian registered a whopping 45 winners to secure a spot in her seventh Grand Slam quarter-final, and she believes she now boasts the maturity to overcome her last-eight hoodoo.

“I’m kind of in the present,” admitted Pavlyuchenkova. “Before I was like, ‘Oh, my God, quarterfinal. What’s happening?’ I was so emotional. I will never forget that match…I was just so in the emotions. I was like everywhere. I was too young. I didn’t know how to handle it.” Earlier in the day, Spain’s Paula Badosa extended her winning streak on clay to nine matches after closing out a hard-fought 6-4 3-6 6-2 victory over 2019 finalist Marketa Vondrousova on Court Suzanne Lenglen.

Badosa, who claimed her maiden title in Belgrade a fortnight ago, registered 30 winners and 30 unforced errors en route to a three-set victory over the 20th seed, who saw her level fluctuate significantly at crucial junctures.

The 21-year-old recovered from a disappointing opening set to level proceedings, but a host of cheap forehand errors left her trailing 4-1 in the decider, and Badosa’s baseline superiority paid dividends as she sealed a spot in her first Grand Slam quarter-final.

The pair had never met before on the WTA Tour but their last-16 contest gave Badosa a sense of deja vu after she beat Vondrousova en route to her French Open girls’ singles title in 2015 – which she will hope is a positive omen.

“When you’re in these rounds, of course how you play, it’s very important. I think it’s a little bit more important how you manage all the nerves in the important moments,” the in-form Spaniard told reporters. 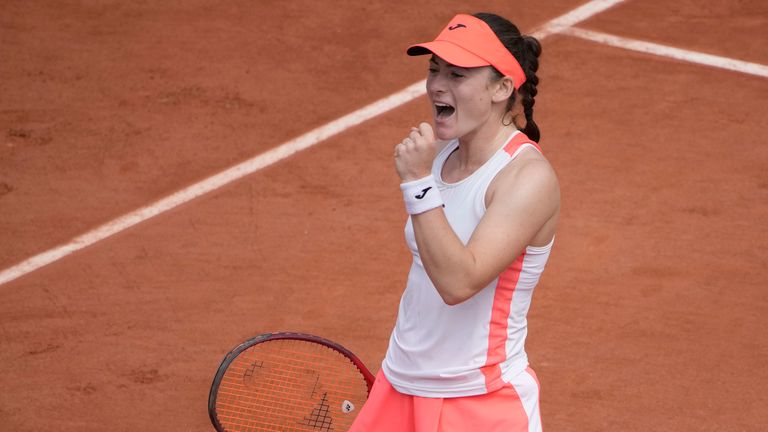 Badosa will take on Slovenia’s Tamara Zidansek for a place in the last four, after she produced a terrific display to account for Romania’s Sorana Cirstea 7-6(4) 6-1.

The unseeded 23-year-old had never been beyond the first round in Paris, but a magnificent opening-round success over sixth seed Bianca Andreescu gave her the necessary impetus, and she’s not looked back since.

There was little to separate the pair in an enthralling opening set, but world No 85 Zidansek performed superbly to dominate the second, as she becomes the first woman representing Slovenia to reach the last eight at a Grand Slam.

“I’m getting a lot of messages that everyone is watching,” said Zidansek, who denied Cirstea a first quarter-final appearance at Roland Garros since 2009.

“It means a lot to me that I’m able to get across to the message to young people and everyone in Slovenia that we can do it. We’re a small country, we don’t have that many players, but we have good players.”

Defending women’s champion Iga Swiatek is highly-fancied to retain her singles title at Roland Garros, and the 20-year-old is also making her mark in the women’s doubles.