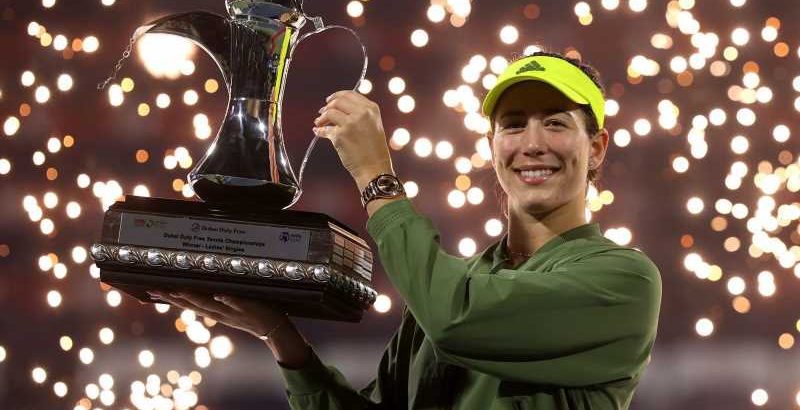 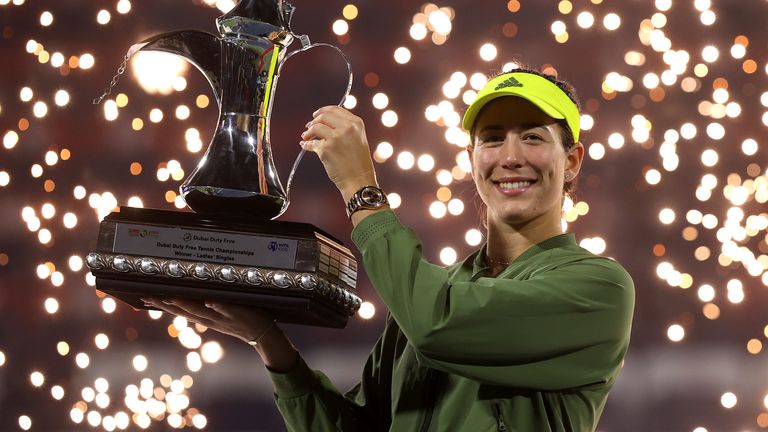 Garbine Muguruza capped her strong start to the season with a first WTA title for nearly two years at the Dubai Duty-Free Tennis Championships.

The Spaniard has been the most consistent player on tour so far in 2021 having already reached finals in Melbourne and Doha, while she may well have added a third Grand Slam title at the Australian Open had she taken one of two match
points against eventual champion Naomi Osaka in the fourth round.

The relief was evident as Muguruza completed a 7-6 (8-6) 6-3 victory over surprise Czech finalist Barbora Krejcikova to claim her first title since Monterrey in April 2019.

Krejcikova, who is better known as a doubles player, was competing in only her second singles final at tour level and she hung tough in the first set to stick with Muguruza.

The ninth seed led 4-2 and had three set points on the Krejcikova serve at 6-5 only for the Czech to force a tie-break.

Krejcikova had one set point but Muguruza, who was watched via mobile phone by her coach Conchita Martinez following the former Wimbledon champion’s bout of coronavirus, saved it with a clinical forehand and pulled away during the second set.

Muguruza said: “It means a lot. It’s never easy to win titles. I’m excited that it happened now after a few finals that didn’t go my way. It was a nice relief. It was such a tight match. It could have gone either way. I had to work hard for it tonight.” 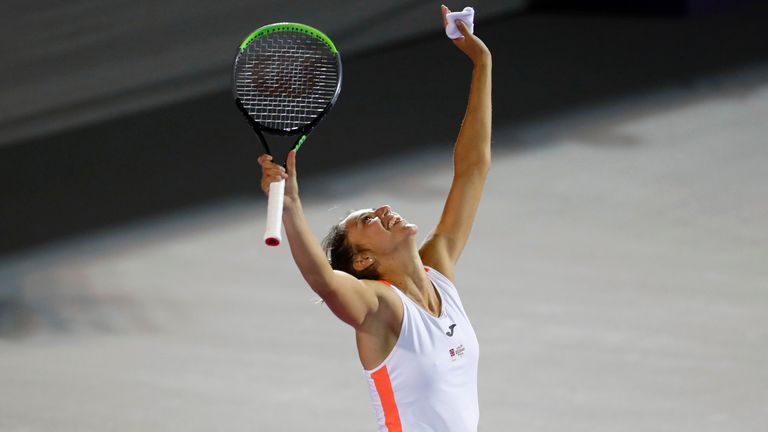 The Spaniard made the most of a strong start to run away with the first set 6-2, before recovering from giving up an early break to seal the second set 7-5 and claim her first WTA singles title.

The loss continues Bouchard’s title drought, with the Canadian still chasing her first win since 2014. 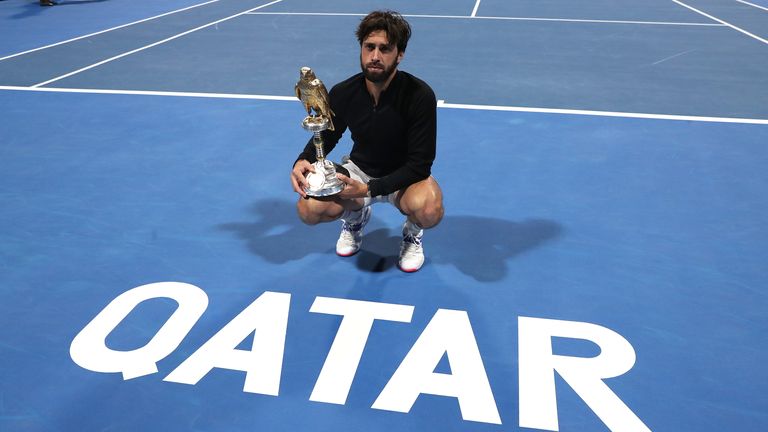 The Georgian arrived in Doha having lost 14 of the 16 matches he had played since the tour resumed last summer, with his only victories coming against opponents ranked outside the top 250.

Basilashvili’s poor form coincided with him being charged in his native country with domestic violence against his ex-wife, and the legal process remains ongoing.

But the world No 42 has found the winning formula again on court this week, starting with a first-round victory over John Millman.

His stand-out win, of course, came in the quarter-finals when he ended Roger Federer’s comeback event, and he completed one of the best weeks of his career with a 7-6 (7-5) 6-2 victory over fifth seed Roberto Bautista Agut.

Asked on court whether he imagined at the beginning of the week he would end it with the trophy, Basilashvili said: “Definitely not. I’m super, super happy. I had zero expectations for sure to win the tournament.”