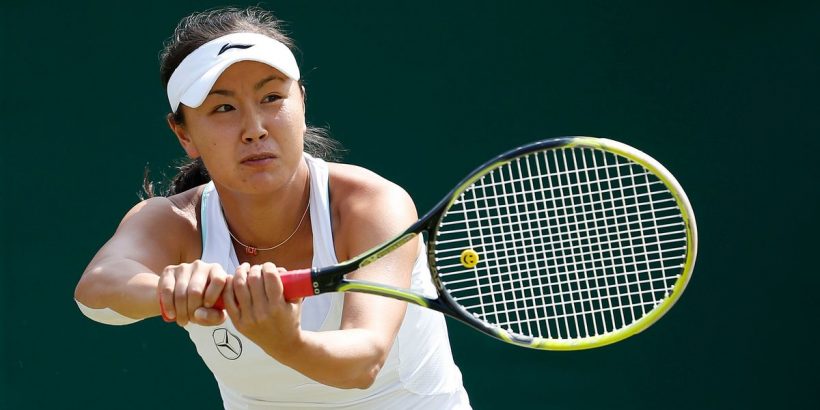 The International Olympic Committee (IOC) has held talks with Chinese tennis player Peng Shuai and has arranged to meet the star in Beijing next month.

Peng, 36, claimed that he had "forced" her to have sexual relations with him, although the post was later deleted before she duly disappeared for around three weeks without trace.

She has since denied making the allegations altogether in an interview with Singapore media outlet Lianhe Zaobao, saying: "I need to stress one point that is extremely important, I have never said or written that anyone has sexually assaulted me, I have to clearly stress this point."

Concern over her situation prompted the WTA to suspend all tournaments in China until further notice, despite the huge financial implications on the women's game.

The IOC previously claimed that in late November, Peng had spoken to Thomas Bach, Emma Terho and Li Lingwei via a video call and said she "is safe and well, living at her home in Beijing, but would like to have her privacy respected at this time."

They didn't release the clip, but have now revealed further contact with the tennis player last week, as well as plans to meet her in Beijing during next month’s Winter Olympics.

An IOC spokesperson said: “Since the first call that the IOC held with Peng Shuai on November 21, 2021, the IOC team has kept in touch with her and had a number of conversations with her, the last one just the past week.”

The opening ceremony for the Games takes place in China on February 4.

Despite being absent from the Australian Open in Melbourne, Peng has been the topic of much debate after tournament organisers banned fans from wearing T-shirts with a 'Where is Peng Shuai?' message, while banners of support were also confiscated.

Officials sought to justify the ban by claiming the shirts and banners constituted “commercial or political” material.

However, following a backlash and criticism from high-profile figures like Martina Navratilova, the ban was reversed.

Activists are now reportedly planning to distribute hundreds of "Where is Peng Shuai?" t-shirts in time for Saturday's women's final at the Rod Laver Arena.