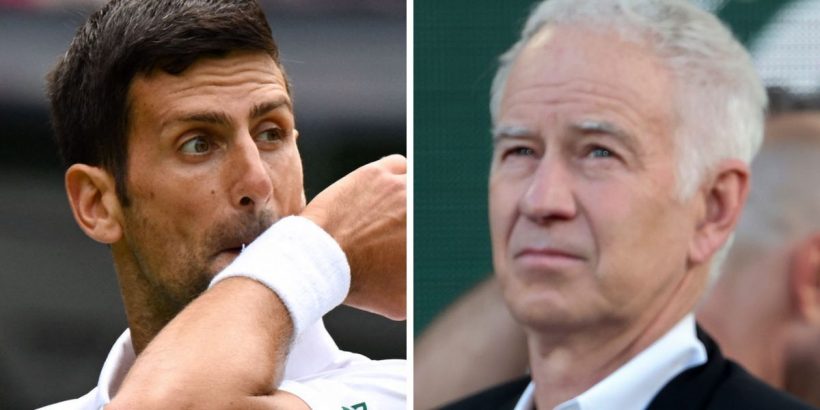 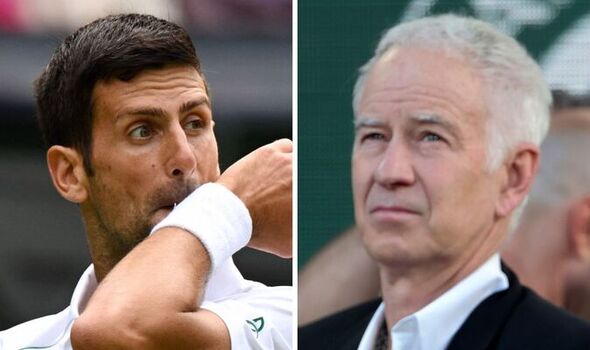 John McEnroe fears Novak Djokovic faces the “unfortunate” situation of dropping down to as low as 40th in the world rankings even if he wins Wimbledon. Djokovic may be the No 1 seed at Wimbledon this year and the strong favourite to win his seventh title at SW19, but it could be his last major for nearly a year.

The Serbian will currently not be allowed entry to the US Open in August due to his stance against the vaccine. Under current rules, unvaccinated people are unable to enter the United States.

Djokovic reached the US Open final last year in his bid to win the Calendar Slam, but fell short to Daniil Medvedev in straight sets. Since then, it’s been a frustrating nine months for the Serbian tennis icon all stemming from his deportation ahead of the Australian Open.

His rankings took a huge hit as a result of him being unable to compete in Melbourne and he was also playing catch up on tour to get match fit. Djokovic made his first competitive appearance of the year in Dubai, but lost to Jiri Vesely in the quarter-final.

He then suffered a shock defeat to Alejandro Davidoch Fokina in the first round of the Monte Carlo Masters. His first title of the year came at the Italian Open before appearing in his first Major of 2022 at the French Open.

JUST IN: Novak Djokovic was branded ‘a joke’ by Roger Federer in huge feud 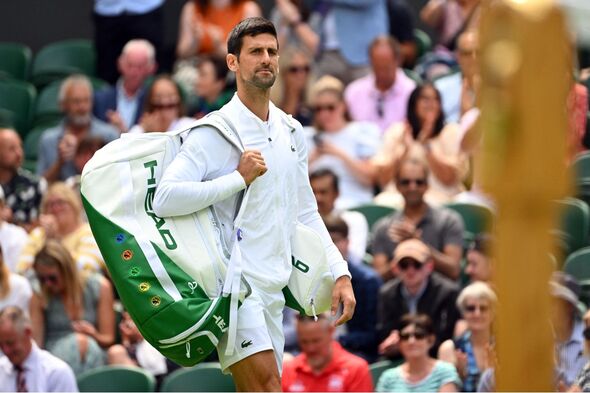 Wimbledon presents Djokovic with a chance to win his first slam of the year, but it may also prove to be his last big tournament for a while. The North American swing gets underway shortly after Wimbledon in the break before the US Open.

But Djokovic will currently not be able to compete at the Canadian Open or Cincinnati Masters where big points will be up for grabs. The only ATP 500 event Djokovic could potentially play will be the Hamburg Open two weeks after Wimbledon finishes.

And McEnroe fears that the lack of tournaments available to Djokovic will see him plummet down the rankings.

“I don’t think he’s gotten over it yet,” McEnroe said on BBC. “He’s as tough as they ever come. He’s had many, many occasions where he’s had to deal with crowds that are not on his side against those two other great ones – Rafa and Roger – yet he’s right there with them which tells you something about his mental fortitude.

“But this was one nobody anticipated. I don’t think he was able to deal with the ramifications even though he stood firm on his belief, which he is entitled to do and the decision was made. The bottom line is I can’t imagine it didn’t affect him in a big way and I think that’s why he maybe didn’t train as much and he looked – for him – a little out of shape in Monte Carlo.

“Then he looked like he had it together at the French but to me, having not played a slam match since the [US] Open, I think it caught up with him there [at Roland Garros]. Now he’s got that even more ramped up pressure that I assume he’s put on himself, especially if he can’t play the US Open.

“He could win this and he could be ranked 40 in the world in a few months because he can’t play anything in the States. It’s crazy. It’s unfortunate.”