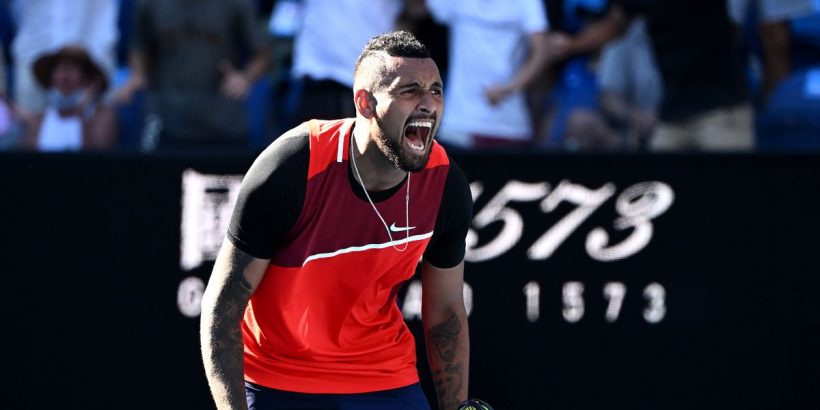 Venus and German partner Tim Pütz were defeated in three sets by Kyrgios and Thanasi Kokkinakis on Tuesday at Kia Arena, where a raucous and atmospheric crowd vehemently cheered the all-Australian partnership, who welcomed the applause.

On Wednesday, Venus said the abuse from the crowd was intolerable and some spectators made horrible comments aimed at his family as he prepared to serve.

“It felt like a circus out there and not really a tennis match,” the 34-year-old told New Zealand television channel 1News.

“Between serves [they were] geeing the crowd up and getting them to cheer at times like that. I don’t think that’s really on.

“You know if it’s on the other foot, old mate [Kyrgios] would have flipped his lid. He already did get mad there by himself. It’s amazing, he can smash a ball out that hits a kid and just ’cause he gives them a racket afterwards people can say he’s such a good guy.”

The tension between Venus and Kyrgios was notable and both men squared up to one another and the umpire throughout. Kyrgios even mocked Venus’ ball toss, which was often wayward.

Venus added that Kyrgios’ supporters messaged him ‘an extreme amount’ on social media but he claimed to also receive plenty of messages from fans apologising for the ‘embarrassing’ behaviour of the crowd.

“They’ll always be his supporters and he’ll always spin it in a way that helps him but at the end of the day, he’s just an absolute k***,” Venus said.

“On the maturity side, you see why he’s never fulfilled his potential and probably never will. His maturity level, it’s probably being generous to a 10-year-old, to say it’s at about that level.”

Venus added that Kyrgios is an ‘unbelievable tennis player’ with impressive on-court intelligence.

Kyrgios and Kokkinakis will face Macel Granollers of Spain and Argentine Horacio Zeballoso at the Rod Laver Arena after tournament director Craig Tiley announced they had been moved to centre court due to their popularity.