Andy Murray struck a relatively downbeat note as he looked ahead to his comeback at what has been his most successful venue.

The 34 year-old Scot will return to action on Tuesday against Frenchman Benoit Paire in the first round of the cinch Championships at Queen’s Club.

However he is unsure about how long he will be able to sustain his return due to ongoing hip issues. 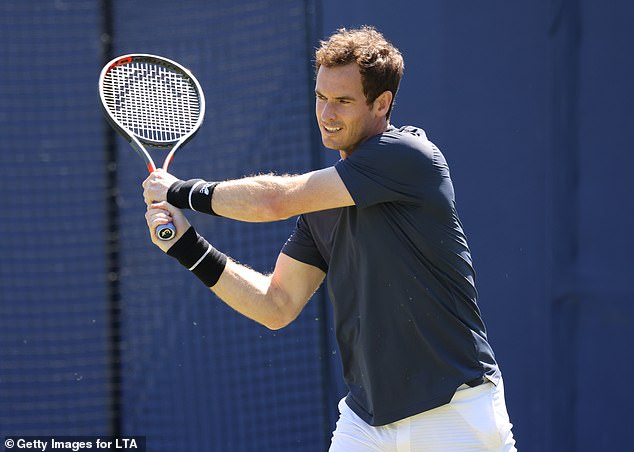 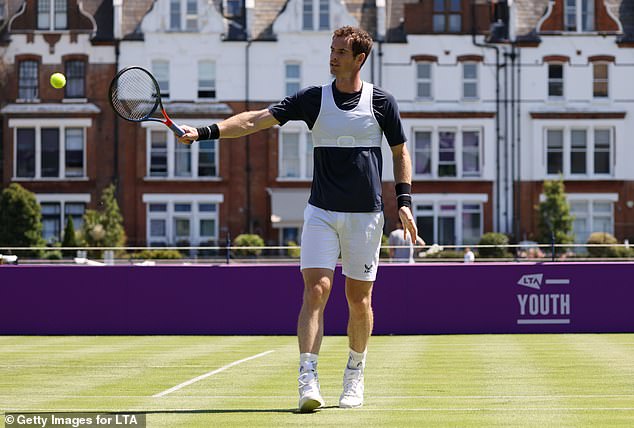 ‘I feel okay. I don’t feel perfect,’ he admitted. ‘But I have been practicing well over the last month or so, pretty consistently. I have been training at Wimbledon, and we came out here the last few days and had a couple of good practices.

‘The question mark is obviously whether the body holds up and, you know, I can’t say with any great certainty right now whether that’s going to happen or not, because I have been feeling good at different points throughout the last nine months or so, and, you know, practiced really well, felt good going into tournaments.

‘Then, something’s happened or whatever happened in Miami. I hope I will be ok, because I have seen enough again in practice that my tennis is fine and in a good place, but physically I need to hold up under playing matches. 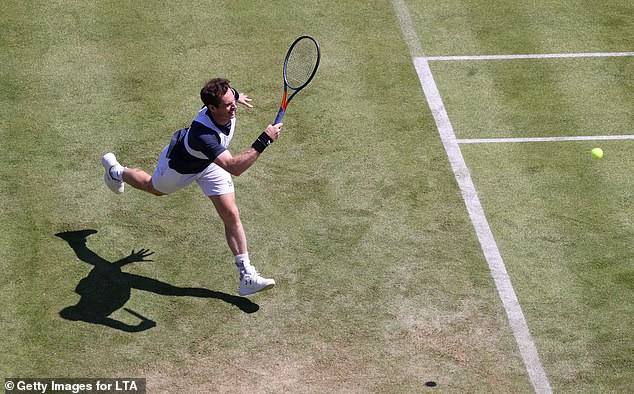 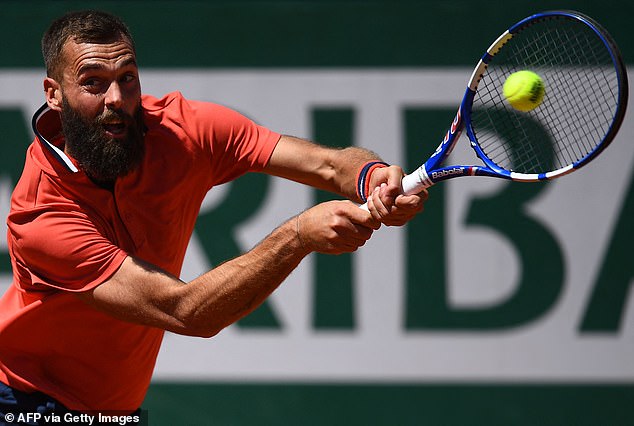 ‘I want to keep playing as long as I can. I know that I can still compete with the best players in the world. I have been doing it consistently in practice over these last sort of six months, and certainly on the grass I don’t see why not.

‘My level is still good. It’s just I need my body to hold up, and it’s been extremely frustrating for me with all the different issues.’

Murray admitted that he had been ‘jealous’ watching the French Open semi-final between Novak Djokovic and Rafael Nadal. He was not surprised that Djokovic had managed to turn around Sunday’s Roland Garros final.

‘I wouldn’t say I was surprised because I have seen him come back from tough matches before and play great a few days later. I think the way he turned the match around is obviously impressive yesterday.

‘It was strange, though, because like as soon as the break happened beginning of the third, I didn’t see Tsitsipas winning. Novak changed his strategy, changed his game tactically, and I couldn’t see the match going any other way than Novak’s after that.’