Andy Murray is OUT of Wimbledon after being beaten in four sets by 6ft 10ins American powerhouse John Isner, completing a poor day for the Brits after Emma Raducanu was also dumped out

He brought a metal hip, his granite will and the best of intentions. All well and good, but a helmet would have been of more use to Andy Murray on an evening when he was knocked out of Wimbledon by a vengeful giant firing yellow comets from the sky.

What a brutal way to go, and what a way for his 14th campaign on these lawns to end. He had never before failed to beat John Isner, and for that matter he had never once gone out of this tournament prior the third round.

But all good things come to an end, and we have reluctantly come to think that with some regularity when it comes to greatest British tennis player of this or any generation. Of course, we can see victory in the fact that he still turning up to the dance, but few other wins were in sight for Murray on Wednesday night.

Former World No.1 Andy Murray crashed out of Wimbledon after losing against John Isner on Wednesday afternoon 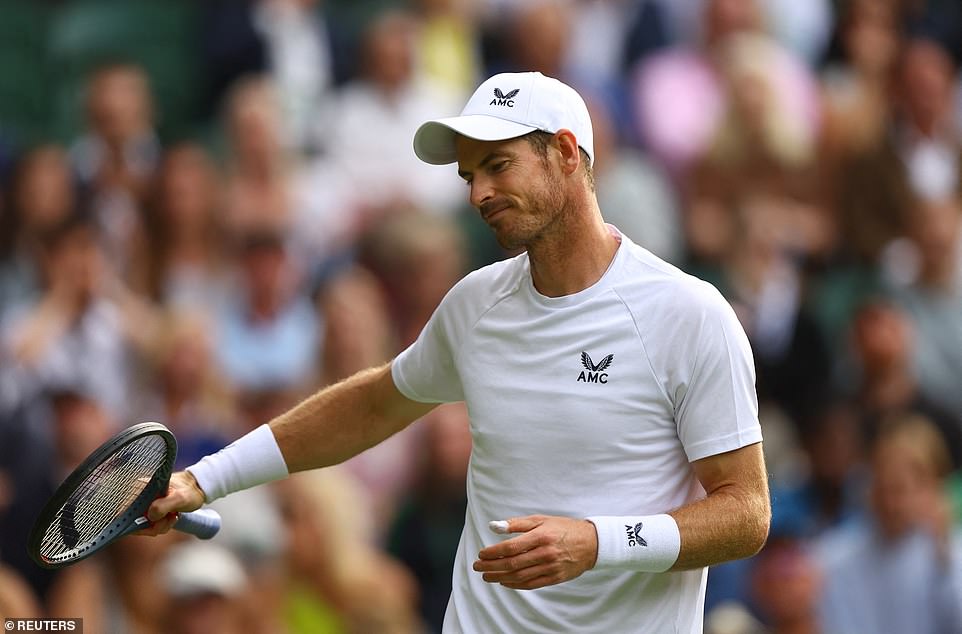 Those that were would be considered the givens. The obvious. We saw him dig in. We saw him fight. We saw him come within a fraction of a hiding and then we saw him come from nowhere in the third set to drip a little drama into a heavy loss.

But still. The rawer facts are that this was a wide defeat, at once a masterclass and a lesson. The masterclass came from the 20th seed of 6ft and 10ins, who was monstrous with his serve and a delight at the age of 37 for the lesser-heralded gifts of his craft. He didn’t just out-bomb Murray, he out-jabbed him at the back of the court and the front, with rallies and his soft touches at the net.

He won’t have played many better matches in the past two decades, certainly not in the deafening backyard of opposition. Blimey, he gave up just two break points all night, in the fourth game, and saved both. After that, Murray didn’t have a sniff, barring the tiebreak he won in the third.

And that takes us to the lesson. For Murray, it went as much for the numerical facts of defeat, sustained in mini-losses through all facets of the game, but also in terms of his future ambitions. If he no longer has the faculties to win on his favourite court against a man he had beaten eight times from eight, then we can cement the assumption we already had – that the clock will be forever stopped at three Slams. 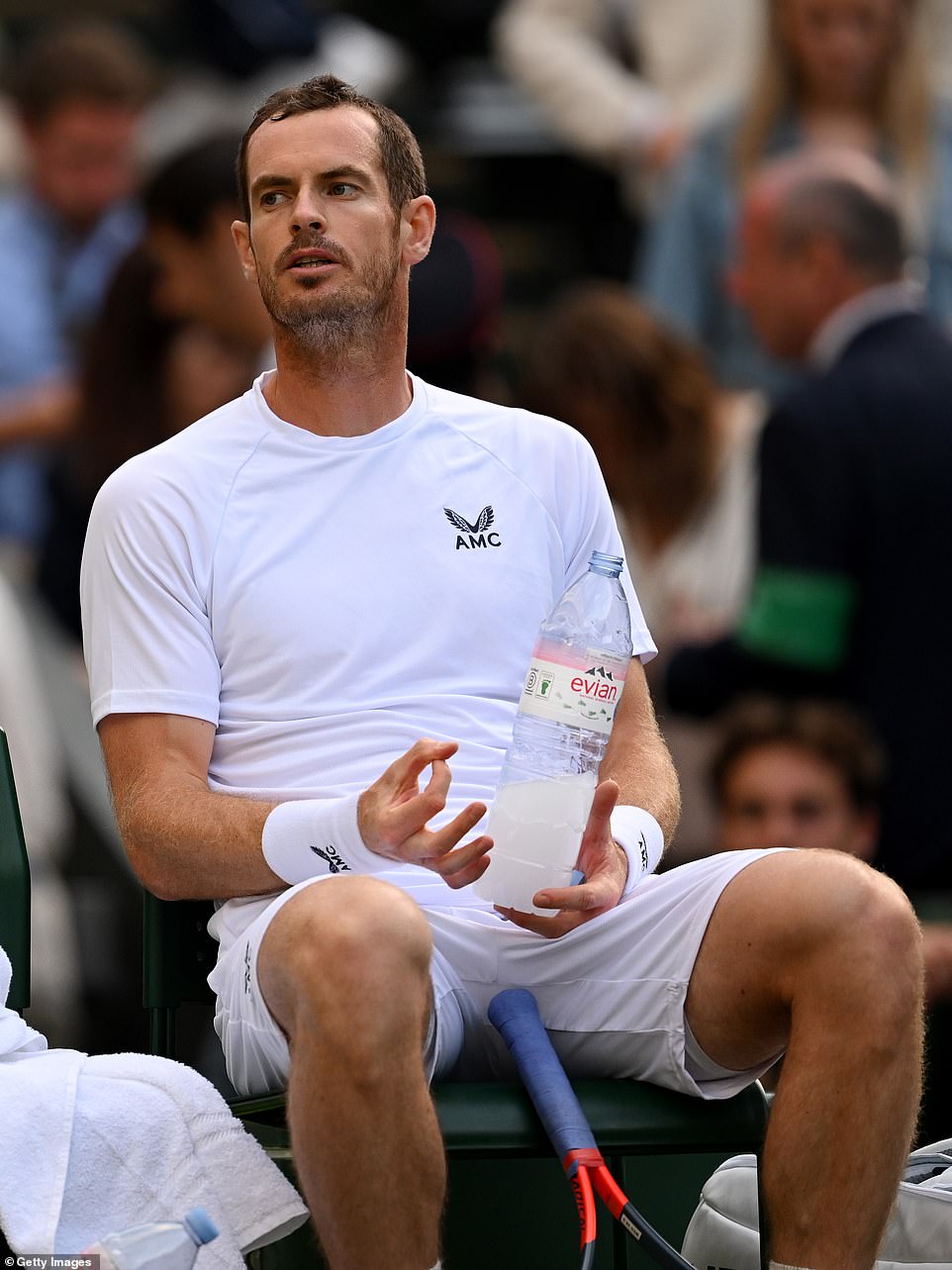 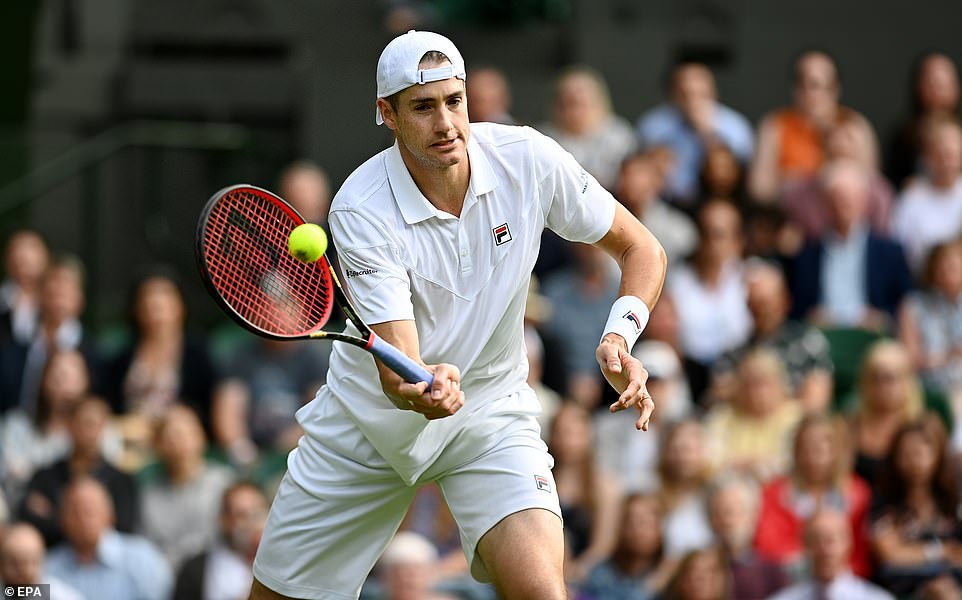 Murray had won every other encounter, all eight times, with the American prior to defeat in Wimbledon’s second round

But where is the fun in only viewing sport through victory alone? Where is the point in seeing such a technicolour masterpiece as Murray in black and white terms? Goodness, the response he elicited on Centre Court for his third-set comeback alone was a testament to what a treasure he is in this country. His tribulations, even in defeat, are among the very richest sights in sport, so perhaps we should just enjoy it while we can. And for as long.

We have been in a rush to see the future with Emma Raducanu, but her latest defeat came on the same court on to which Murray walked a little before 6pm. The expectation was for a marathon, or at the very least a slog, and by losing the first set it was clear it certainly wouldn’t be easy.

At that stage, it wasn’t simply a beating by force by arguably the greatest server in the history of the game. Isner had more about him than that, with 17 winners and only five unforced errors across the first set.

For some of his guile, witness the backhand Isner guided into the tiniest of corridors up the line to break for 2-1, and then the softest of drop shots he deployed at 30-40 down in the next. Granted, a bit of brute strength helps, too, shown by how he handled the situation a moment later when Murray earned another chance in the same game to break even – a 128mph ace for deuce, a 126mph ace for advantage and a 134mph service winner for the hold. 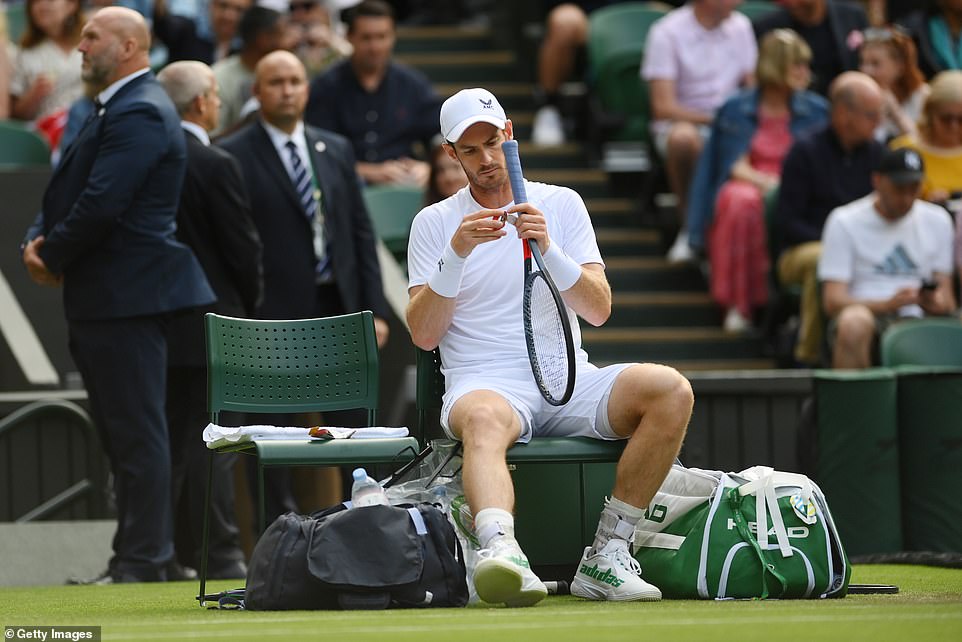 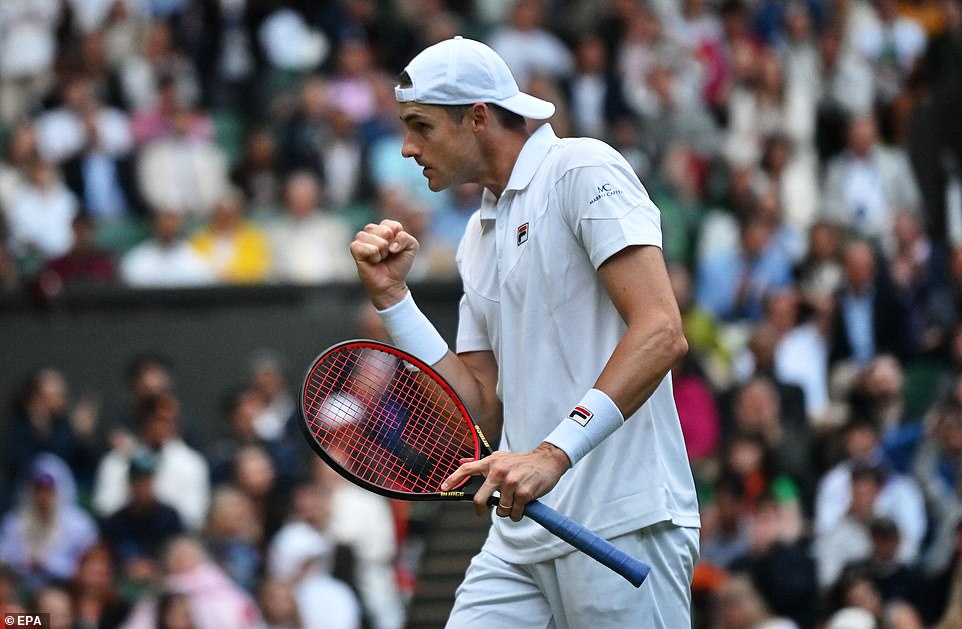 Isner, who has garnered a reputation for his impressive shot power, served 36 aces throughout the match

After that missed opportunity, Murray scarcely had another for the rest of the match. His movement was fine – the way he ran down a lob and hit a backhand pass on the turn proved as much – and his error count was low. But his serving was way off, his groundstrokes were scruffy and short of the lines and he too often failed to find passing lanes on the regular occasions Isner got to the net. He was losing to the better man.

The second set was tighter, albeit won by Isner on the tiebreak after a procession of held service games, but it wasn’t until the third that Murray raised his level. That was in part down to a crowd that is loyally desperate for their two-time champion.

True. But that was the only metric in his favour through that stage, until he somehow pinched the third set with a 7-3 tiebreak. He had a chance. An opening. Not much more, but he was in a fight, that place he loves.

Alas, he was up against a man who would, across the match, launch 36 aces. He would also win 94 of the 128 points played on his first serve and hit 81 other winners. That against a tally of just 13 unforced errors from Murray. Both factors came into play as Isner broke for 3-2 in the fourth, and then finished off the win under the roof. 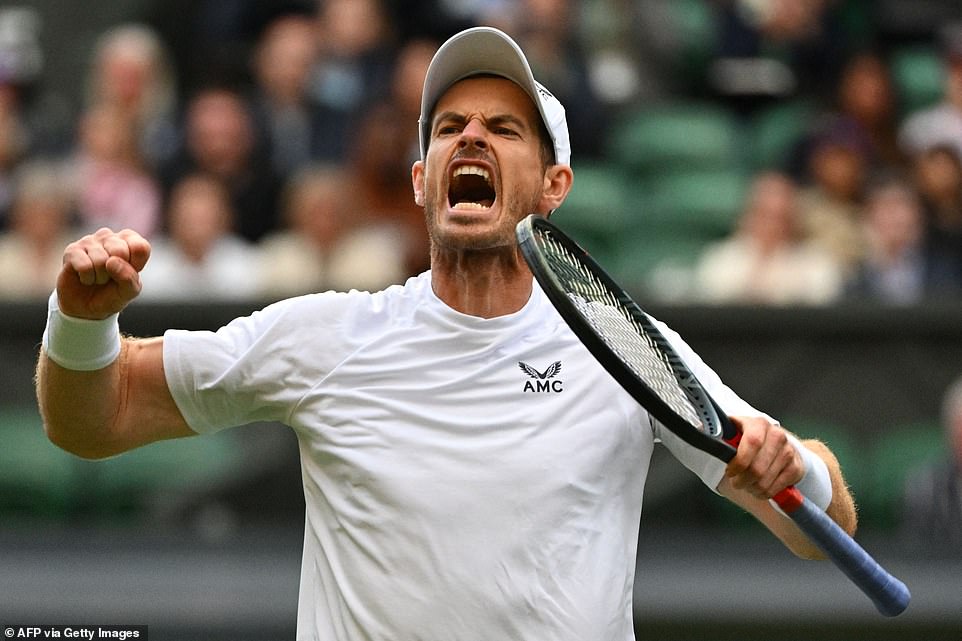