‘They are dangerous as they could injure players’: Twelve-time champion Rafael Nadal hits out at use of ‘super heavy’ Wilson balls for French Open

Rafael Nadal added to the problems piling up at this year’s French Open when he suggested that the choice of balls could lead to player injuries.

The King of Roland Garros expressed his displeasure at the switch to a Wilson ball, which he feels will compound the slow conditions at a tournament normally played in summer.

Heavy downpours have already disrupted the qualifying event and temperatures are set to plunge. A further blow was dealt on Friday when the French government reduced the permitted spectators from 5,000 to 1,000 a day. 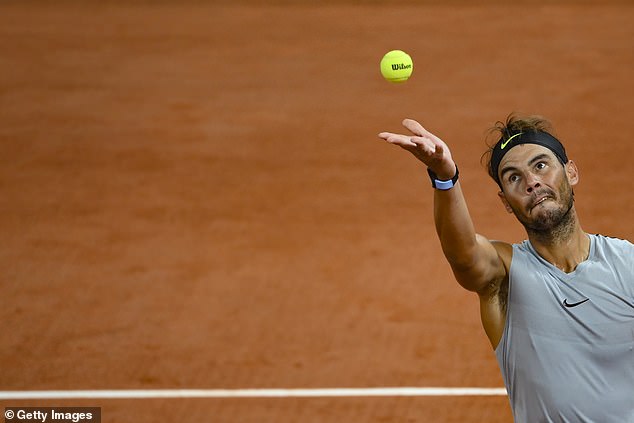 Numerous players have remarked how heavy the conditions are, which neuters the power, spin and bounce Nadal, 34, has used to win the title on 12 occasions.

‘It’s not a good ball to play on clay,’ said Nadal. ‘With these conditions, it makes things tougher. The organisation need to take a look at that for the next couple of years, for the health of the players, too, because the ball being super heavy becomes dangerous for the elbow and for the shoulders.

‘This year it’s what we have and I have to accept the challenge.’ 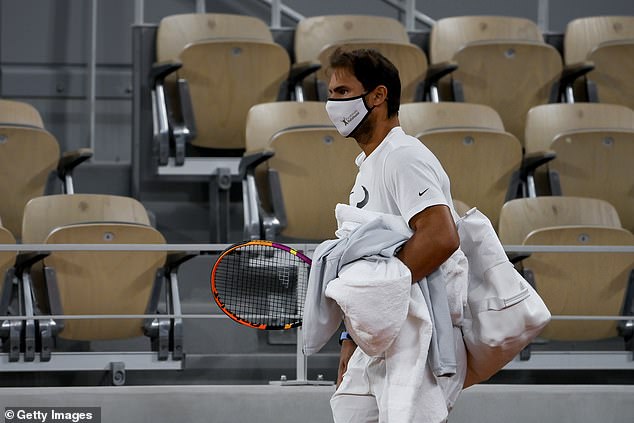 The Spaniard agreed with rival Novak Djokovic that he is eminently beatable this year, after skipping the US Open. ‘That’s 100 per cent true,’ said Nadal. ‘At the same time it is true that I’ve had a lot of success on this surface.

‘Conditions here are probably the most difficult for me ever at Roland Garros. My preparations have been unusual. If we add these conditions of cold and humidity, then it’s super heavy.’

His view was endorsed by one of his biggest rivals, last year’s beaten finalist Dominic Thiem.

‘The Babolat were my favourite balls,’ said the Austrian. ‘They were quite fast, perfect for my game and Nadal’s. The new ones are going to change the results.’