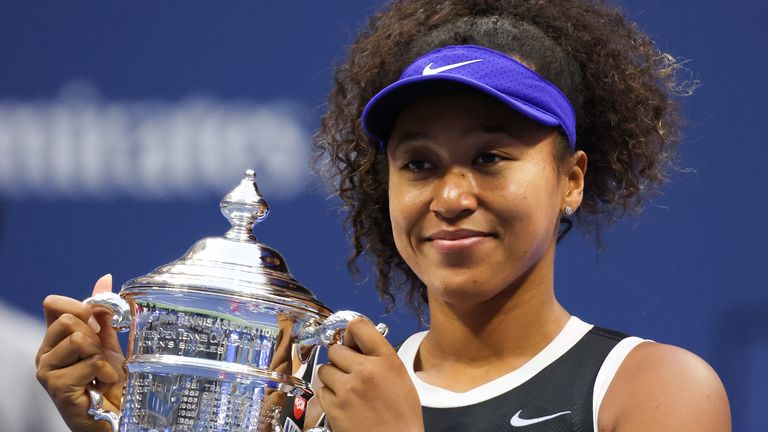 Naomi Osaka battled back from a set down against Victoria Azarenka to lift her second US Open title in three years with a 1-6 6-3 6-3 victory.

With the hardcourt major being staged without any fans in attendance due to the COVID-19 pandemic, the Japanese did not let the unusual circumstances distract her as she produced an battling performance.

The 22-year-old Japanese star, already the highest-earning female athlete in the world, adds another £2.3million in prize money to her fortune while she becomes the first Asian player to win three major titles, surpassing Chinese trailblazer Li Na.

She has been a vocal advocate for Black Lives Matter, inspiring a pause in play at the Western & Southern Open and wearing facemasks during this tournament bearing the names of black victims of brutality and violence.

Tamir Rice, a 12-year-old boy killed by a policeman while playing with a toy gun in 2014, was the name she kept for the final while Osaka’s boyfriend, rapper Cordae, sat in the stands with a T-shirt bearing the words ‘Defund the police’. 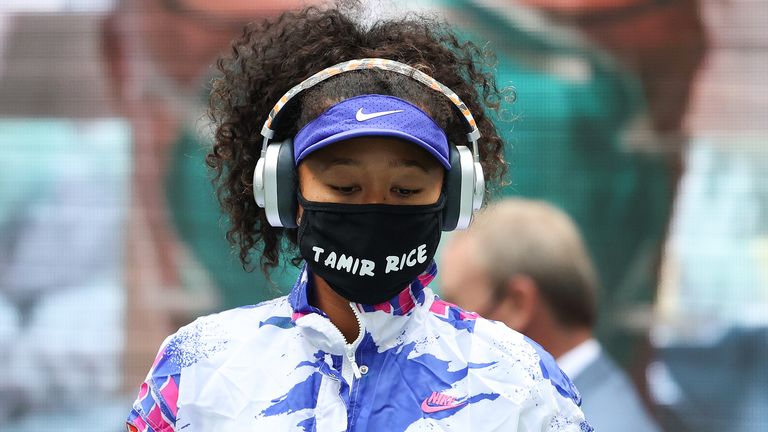 The Belarusian mother of her three-year-old son, Leo, was making an improbable comeback at the age 31 against the Japanese sporting icon.

Azarenka, playing in her first Grand Slam final in seven years, came flying out of the traps to take a 2-0 before the fourth seed found some equilibrium to settle her nerves for an important hold of serve.

Some relentless ball hitting by Azarenka had her opponent tied up in knots and a second double fault from Osaka contributed to a second break of serve.

The error count was mounting for Osaka, the champion in New York in 2018, on Arthur Ashe Stadium and it wasn’t long before Azarenka claimed a one-sided set in 26 minutes, breaking the Japanese star for a third time. 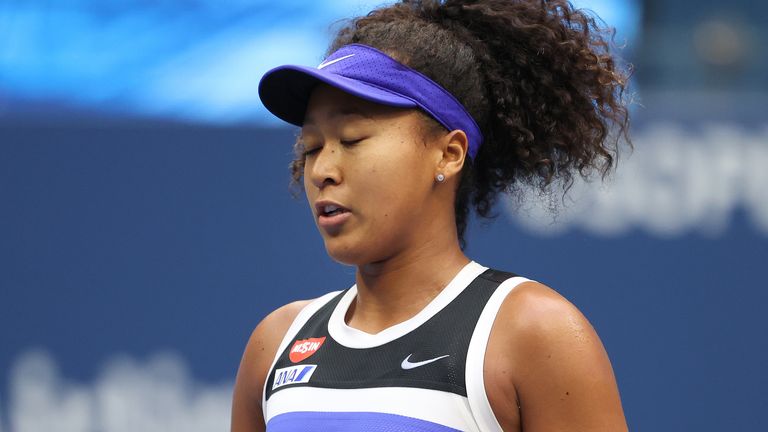 Azarenka and Osaka had been due to face each other for a fourth time in the final of the Western & Southern Open at the same Flushing Meadows venue two weeks ago, only for Osaka to withdraw from the match with a left hamstring injury.

There was nothing to suggest Azarenka would reach the fifth Grand Slam final of her career and third at Flushing Meadows. But here she was looking to continue her dominance over the title favourite. 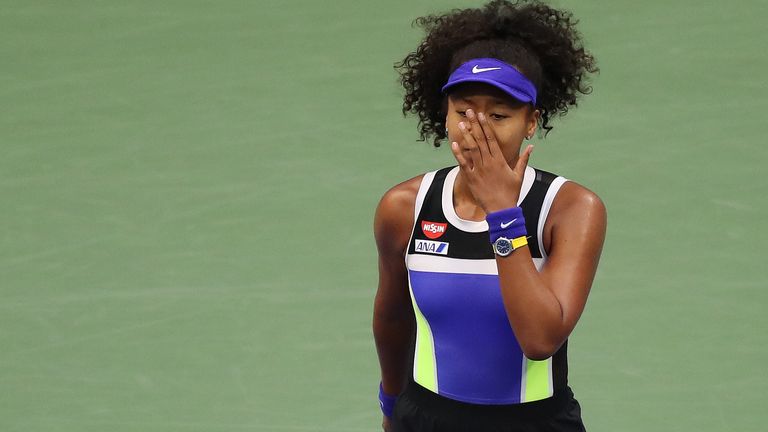 Azarenka maintained her momentum through the first two games of the second set but Osaka broke back for 2-1 and that proved to be a crucial moment.

A few errors had started to come from the Azarenka racket while Osaka, the more powerful player, was able to play points on her terms. She forged into the lead in the set with a break for 4-3 and took her second set point to win it and send the final into a decider. 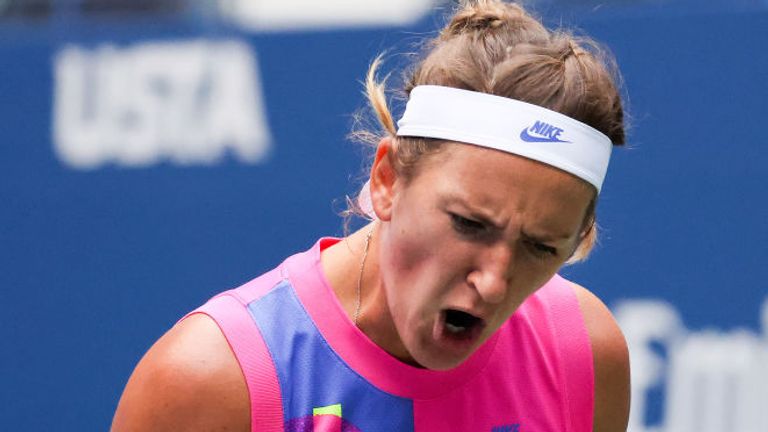 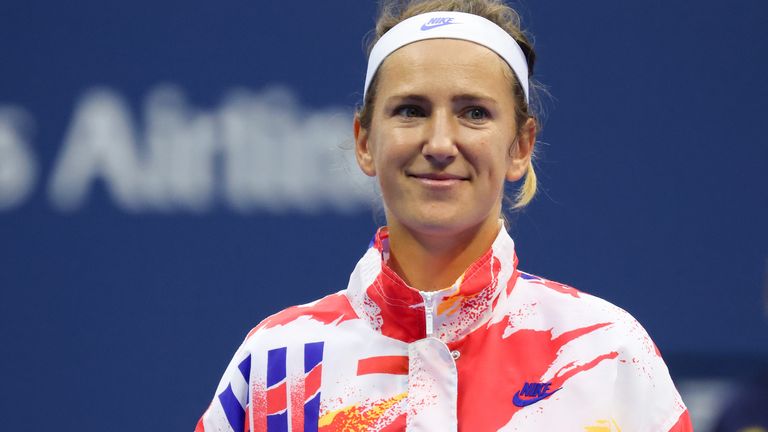 I thought the third time was a charm but I guess I’ll have to try again. Congratulations to Naomi, it’sbeen an incredible two weeks for you. I hope we can meet in some more finals again. I want to say thank you to all the people who came in in such difficult times and made this tournament happen. I’m very grateful for this opportunity. And I want to thank my team for sticking with me and believing in me. We’re going to have some more fun over the next few weeks. It’s been a long road getting here but this was fun.

Osaka had not lost in a final set at Flushing Meadows for three years and after breaking for 3-1 she saved three break point chances to dig out a massive hold.