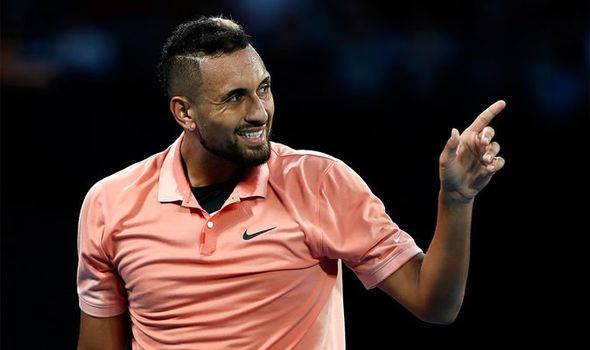 Nick Kyrgios once used potential battles with the best players in the world to motivate himself early on in tournaments – but he now opts for a more stable approach.

At the Mexican Open last year the 24-year-old thrashed Andreas Seppi to set up a blockbuster clash with Nadal.

Kyrgios came out with an emphatic win which provided the perfect springboard for him to go on and win the title.

The pair’s rivalry got fierce, and often nasty, in the following months which included a brutal battle at Wimbledon.

They have not met since last summer – but are on a collision course at the Australian Open this week.

Kyrgios and Nadal both won their opening matches with relative ease and can meet in the fourth round in Melbourne.

But the world No 26 has changed the way he is approaching his home Grand Slam and refuses to be drawn into any Nadal conversations for now.

“Acapulco, we met in the second round,” Kyrgios reflected. “It’s obviously a best-of-three sets. I mean, you know how exhausting best-of-five sets is. Anything can happen.

“I play either [Gilles] Simon or [Pablo] Cuevas next. That’s going to be a battle.

“I’ve played both players and they’re both great players. I’m not thinking ahead at the moment.”

Kyrgios has been spending a lot of time and effort raising money and awareness for Australia’s bushfire crisis over recent months.

And he felt the emotional strain ahead of his win over Lorenzo Sonego this morning – although it did not show on the court.

“Yeah, just with everything going on, walking out there, I was a lot more nervous than I have been in previous matches,” he said. “Australian Open, I usually feel pretty comfortable.

“I was definitely really nervous walking out there. But, I mean, the crowd was unbelievable. 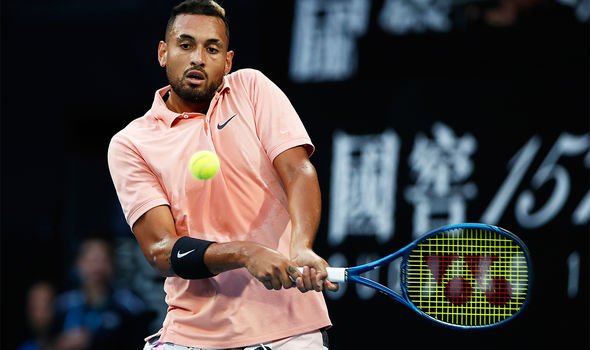 “I got comfortable quite early in the match. I played an unbelievable first set, which helped.

“I thought the pressure kind of eased off after I won that first set. He didn’t go away.

“I’m just playing a lot more than myself. I’ve said it before, so…

“There’s not necessarily added pressure. I feel like I’m playing for a lot of people.”