Jim Courier believes Rafael Nadal already has one key advantage heading into his Australian Open fourth round clash with Nick Kyrgios later today. The duo have had a spiky relationship dating back to Acapulco last year where they clashed both on the court and in the aftermath.

The pair exchanged barbs in the media in the ensuing months before they met again at Wimbledon in the second round.

There were once again fireworks as Kyrgios tried to hit Nadal in the chest with a return while also embarking on a war of words with umpire Damien Dumosois over the time the Spaniard was taking between serves.

Nadal ultimately came through the contest before going on to win the US Open later that year while also clinching the year-end world No 1.

Kyrgios meanwhile was handed suspended 16-week ban after his antics at the Cincinnati Masters. 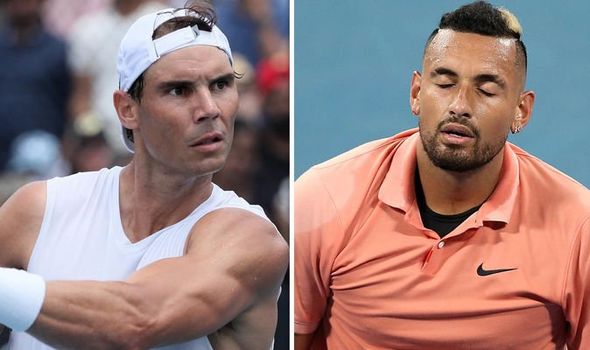 But the polarising 24-year-old has seemingly turned a new leaf in 2020, inspired by his dedication to helping those affected by the bushfire crisis across Australia.

He was on top form at the inaugural ATP Cup where he registered an impressive victory over Stefanos Tsitsipas.

And Kyrgios has carried that form into the Australian Open as he came through a mentally exhausting near four-and-a-half hour contest over Karen Khachanov in the previous round.

But there were some concerns in the first set when Kyrgios needed a medical timeout for an apparent issue with his lower back.

Rafael Nadal told of Nick Kyrgios struggle ahead of showdown

Nadal meanwhile has coped with ease through the opening three rounds, not dropping a single set to set him up perfectly for today’s match on Rod Laver Arena.

“Anyone who won the match last night was going to be good news for Rafa because they were both so tired,” he said on the Tennis Channel.

“Nadal will love the fact Kyrgios is carrying a little bit of an injury right now too. 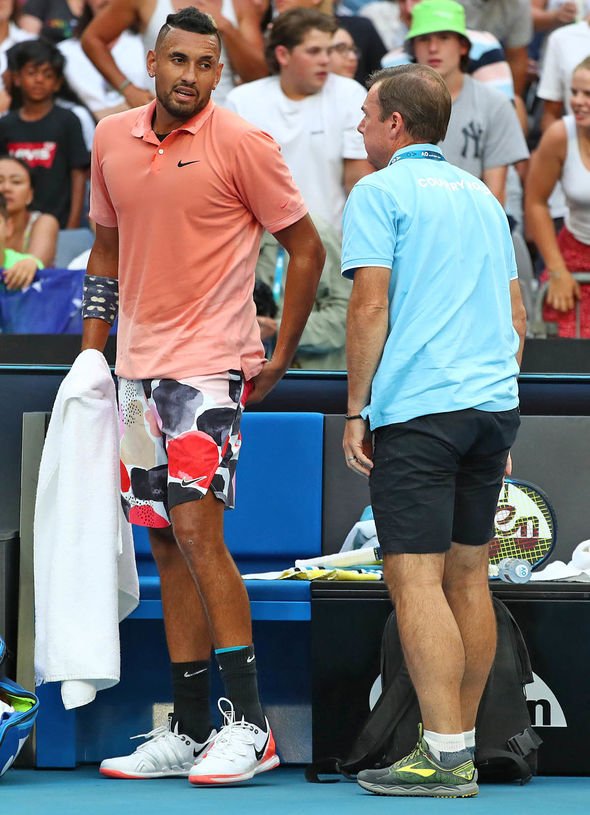 “I think this sets up well for Rafa.

“Nick has played really well and its been a big storyline in the tournament.

“But I don’t think that he’s going to be able to challenge him frankly unless he serves 80 per cent first serves in play.”